Dancing Back To The Kansas City Grind 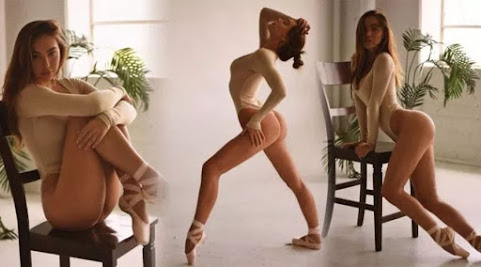 Atlantic: Not a Human, but a Dancer

NYBooks: Dancing with the Ancients

Take it from us and our new tan: It's pretty hot outside. A nasty heat wave is hitting the United States. This is bad enough that cops are asking lawbreakers to just chill out. It's too darn hot for crimes.


Sons of two boxing greats making their own paths to stardom

KANSAS CITY, Mo. -- They're the sons of two boxing legends. Now they're paving their own paths to greatness in the ring. "I'm an undefeated fighter and I'd like to keep it that way, so I go into every fight not writing anybody off, but also just be the most prepared I can possibly be," Kenzie Morrison said.

Bubba Starling kept his plan of attack simple with his team down two in the ninth inning. He wanted to "see it up" and get a good pitch, according to The Kansas City Star. Good plan, Bubba.


Arrowheadlines: D-Rob will be the Chiefs' secret weapon in 2019

Every NFL Team's Secret Weapon for 2019 | Bleacher Report Since the NFL is unlikely to suspend wide receiver Tyreek Hill, per Ian Rapoport of NFL Network, the Kansas City Chiefs should have their top wideout from Week 1. Between Hill, Sammy Watkins, rookie second-round pick Mecole Hardman and tight end Travis Kelce, opposing defenses should have their hands full.

It will be cooler this week, so KCPD says it's perfect weather to go outside and commit crimes again.

^^Yes, and they also advised all geezers to stay in Frogville and watch Matlock all day as per the usual.

My Two Cents Worth said...

Tony has put up 5 posts this morning and 19 posts have been made, most by the same person I am betting that not only were totally irrelevant to the story at hand but totally uncalled for.

Wow Tony does it make you feel good to allow such childish behavior to take place here? Do you not care that people laugh at you and your insane asylum you harbor here. You can do more for this town by exposing the issues and getting the real thoughts of the people out there but you will never get ahead as a blog that allows the true voice of the people due to the jerks you continue to allow to post in here.

Nobody can make a good comment in here that the goon squad does not attack or the jerk from WV starts calling them a racists or a Nazis. You made a place for people to sound off and give constructive critique on things in or about Kansas City but nobody I knows reads it now because they no longer take you seriously anymore.

^^You want to know the reason why nobody takes Tony serious?? He continuously allows losers like stupid dave & chuck to post. Those two chicken-shit bastards don't have one original thought between them. If Tony wants to get better, ban them first!!!!

^^ Sure lets blame the two least guys who cause issues here. You comment is as stupid as blaming Trump for the immigration issue. If you think your thoughts and comments are so much better lets see you put them out there. But how about putting a name that people know you by to your words. Then we will see who the real chicken shit is.

^^ And for 10:29 and his gayzer gang of brown-eye buggering buttboiz to stay in their BathHouse and watch Queer Eye when and if they come up for air.

^^Dude..just come out of the closet already! You're totally fixated on getting ass-fucked. Go work your kinks out elsewhere. It get's better dude, it really does.