Back To The Kansas City Grind Link Pool 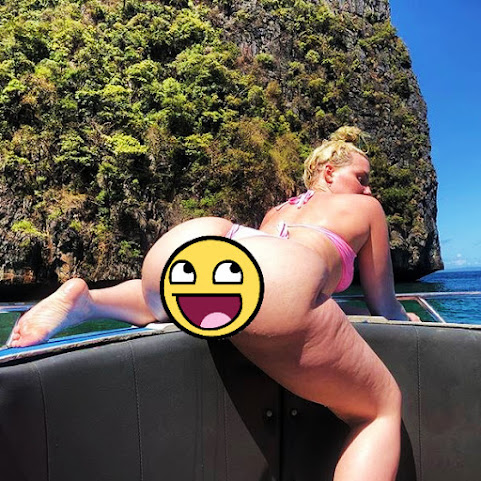 We've found Internets inspiration from hottie Lacey Jane and all the big butts that occupy Instagram. Here's a glimpse of their expanding cultural influence for the mid-morning:

Forbes: Can Your Brand Benefit From Influencer Marketing?

Kansas City Fanboys Talk It Out

Kansas City loves Patrick Mahomes. That's no secret, but so do late-night talk show hosts.Mahomes, the NFL's Most Valuable Player, made multiple appearances on late-night talk shows after the Kansas City Chiefs advanced to the AFC championship game. Now, the star quarterback is back on the national stage Monday night.Mahomes will be a guest on tonight's "Jimmy Kimmel Live" from Los Angeles.

According to the Invest In You Spending Survey released July 1 by CNBC and financial wellness system Acorns in partnership with SurveyMonkey, Americans believe we're a nation of savers. But the small, reoccurring spending on daily vices such as takeout, streaming services or impulse buys puts a huge dent in our net worth.

Can you believe it? Boulevard's famous Tank 7 farmhouse ale turns 10 this month, and because of that, Kansas City is celebrating. Bier Station is hosting a Tank 7 birthday party on July, 7. Bier Station is also making a special Tank 7 beer cocktail called The Lion's Tank.

Next Season Of Hype

We're working our way through each of the broader position groups on the Chiefs and taking stock of where they stand going into training camp. This week, it's the good stuff... the offensive skill positions.

The Kansas City Royals bullpen has been a conveyer belt of mediocrity. Their season long quest to find anyone that can provide anything close to relief has been quixotic at best, as the Royals have already churned through 21 different pitchers in their attempts to find anything major league caliber.

Rain chances Tuesday and Wednesday before the summer heat really starts to build.

Here is why Tony needs to clean up comments and remove Funkhouser's mental midget brother from posting. If those of you would pay any attention to other events happening in this city you would have seen where the dude known as Super Dave has taken on a Price Chopper store for shady trading practices and gathered a huge following and support about exposing such on another popular blog in Kansas City.

Maybe Super Dave will have a story on this soon here at TKC. It's about time certain business and their practices are exposed.

^^^^And nobody for sure cares what you say

You fell into a thirst trap 11:44. You obviously care.

Hey stupid dave...quit posting anonymously! We all know it's you at 11:34AM trying to toot your own horn. Everybody here hates you! Go away!

Who is Super Dave?

^^a pants-shitting geezer who posts some of the worst dreck imaginable on here. Second only to chuck, who some say are intimate with each other.

12:04 another butthurt idiot, maybe Herr Fuckhouser will come give you some good old NAZI loving. But you better hurry he will be as they say out of touch for a while here real soon. His new address will be I hear at a Federal Crossbar Hotel.

Price Choppers do suck no doubt about that. Where is this story at or the blog it is on?

All the fireman sure like Price Choppers you see the trucks there all the time.

Tony i dont know if you are aware of this,but Lacey is a confirmed coalburner. You are promoting degenerate behavior.

The indictment alleges he enticed minors to visit his Manhattan and Florida mansions between 2002 and 2005.

According to the charges, the girls, some as young as 14, were given hundreds of dollars for sex acts.

Looks like Byron's buddy Bill Clinton will be next to be charged. Maybe they will all have freaky sex together at the same prisons.

^^Boring. Move on. You failed to mention that he is a close personal friend of our dear, dear president. It was alleged both He and Drumpf par took of underage girls. I fixed it for you. Trying to be fair and balanced and all.

^^and yet he did not fail, and presented a fair and balanced retort to the previous Tomfuckery. Weird.

12:43 I've read all of this many times before. Some yahoo decides I'm not sufficiently disabled for his satisfaction so he threatens to have me imprisoned. The real problem is that you don't know the law. To wit:

I don't have to be 100% disabled, or totally blind. I can earn up to $750 a month without losing my disability. I'm not currently working because I have COPD. Your, & others, contention that there is work I can do, since I can comment on this blog & clearly know how to use a computer misses the point. Most of you haters think I'm on SSI, but I'm on SSDI. On March 13, 2020, I will turn 66, & my Social Security Disability Benefits will automatically become Social Security Retirement Benefits.

Furthermore, there is an erroneous contention that I've "never worked a day in my life". If that were true, I would not have been eligible. The amount of my check is a function of the FICA taxes I paid, the quarters that were relevant, & my age at the time of my disability. Furthermore, I would not have won my case if it were not for my honorable discharge from the US Navy.

You did not go to Social Security & have a "chat" with some one there. You are just a liar, & a scammer. You are a coward & an idiot. Read the law, then STFU with you childish nonsense.

^^^Well you obviously don't have to spend a lot on food. Being so full of yourself, you should never have to eat.

P.S. Actually, I was just trying to patiently educate you hayseeds, so you would stop running off at the mouth over things you don't understand, & explain to you why I don't get terribly excited about some liar threatening me with "exposure".