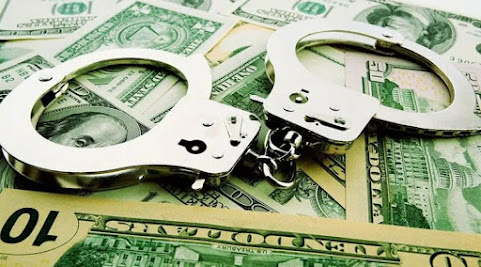 There was a great deal of hope for progress from both politicos and police as they introduced a new, expensive effort to increase the reward for information in murder cases.

One month later this cowtown still confronts a horrific murder spike, the murder count outpaces last year's homicide rate and locals endure a constant spate of gunfire every weekend and most nights.

TOP ECHELON INSIDERS AND MANY RESIDENTS DOUBT THE EFFECTIVENESS OF KCMO OFFERING MORE CASH FOR TIPS LEADING TO A HOMICIDE ARREST!!!

Here's one reason that's better than most from a TOP ECHELON TKC READER with access to data, knowledge and insight above most of the local plebs paid to talk about this stuff . . .

"The strategy assumes there are just a few people doing all of the killing in Kansas City and that's simply not the case. Yes, in the urban core $25K might make a big difference and the money might inspire the community to come forward more often . . . But in the case of domestic disputes, gang warfare and so many crimes of passion or just deadly fights that erupt quickly over an argument . . . The money becomes less important than what motivated a murder in the first place. In many cases, we're talking about suspects who never expected to get away with their crime who comprise a significant percentage of local homicides. Concerning gang members who might avoid capture after a murder for a short time, they don't create a significant statistical spike in the numbers even if they're allowed to kill other combatants over the course of several years. There just aren't a lot of serial killers in KCMO and this strategy assumes as much.

"Will the cash bonus help to reduce the murder rate? Hopefully, but we haven't seen much of an impact yet despite widespread local publicity and conversation.

"The ugly truth is that we're talking about a culture of substance abuse and violence in many parts of the metro accompanied by, for better and worse, a well-documented proliferation of guns in the U.S. that has corresponded with rising crime throughout Kansas City.

"Moreover, just as passing tougher gun laws has proven ineffective in preventing homicides, KC seems to be on pace to demonstrate that throwing money at the problem by way of offering $25K for tips that lead to a homicide arrest is also not a viable solution."

KCPD claims the increased reward for tips has worked in other areas but they also boasted the same sort of hype about Shotspotter, red light cameras, KCNOVA and all manner of efforts that didn't produce the results that were promised.

DO YOU THINK THE $25K CASH BONUS FOR TIPS THAT LEAD TO A HOMICIDE ARREST WILL CURB THE KANSAS CITY MURDER RATE IN THE LONG RUN?!?!

If we get enough good comments, we'll post the best responses.

It was Sly's last trick. Nothing more.

Getting tough on the criminals by the prosecutor is the best thing to help curb homicides. When a gun is used during a crime prosecute in federal court or make the punishment and sentence very harsh in local court. The people committing the crimes have to be taken off the street either dead or alive.

Employ Robert Mueller to get the answers.

It doesn’t matter how many criminals are arrested. We have a weak, unskilled prosecutor. Jean Petersucker Baker does not want to put criminals in prison, where they belong.

So I guess due to a certain minority of people committing most of the homicides in the inner cities, I'm supposed to give up my 2A rights to arm and protect myself. Couple that with the increasing disdain and disrespect for police officers from these same people and the same narrative being fostered by the liberal media that white men are terrorists and all police officers are racist due to white privilege. Once you point out the homicide statistics for most inner cities that show this isn't the case, the left will continually call you a racist and a bigot for even suggesting what the actual problem is.

We can't win this, America is fucked.

Plant some evidence on a homeless schizo

Call number on him