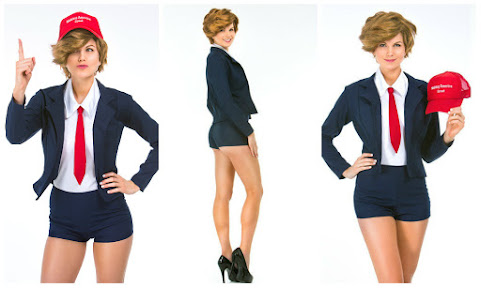 Today Prez Trump celebrates an immigration and trade war deal that might or might not stop the so-called crisis at the border but certainly gets his panicky Republican friends off his back.

In an equally complex but maybe not as important local political landscape, we pay tribute to the strongest movers & shakers in town this week.

Give this man credit where it's due . . . The Sheriff stood firmly against dozens of female lawyers angry about bra problems. Sheriff Forté was steadfast in his consideration of security concerns whilst the local media wanted to hype the story as a local culture war issue where none existed.

The Paseo has a proud history that's forgotten by most local residents. After weeks of collecting signatures, Northeast activists earned a milestone and start what should be an "interesting" campaign for public referendum on MLK Blvd. 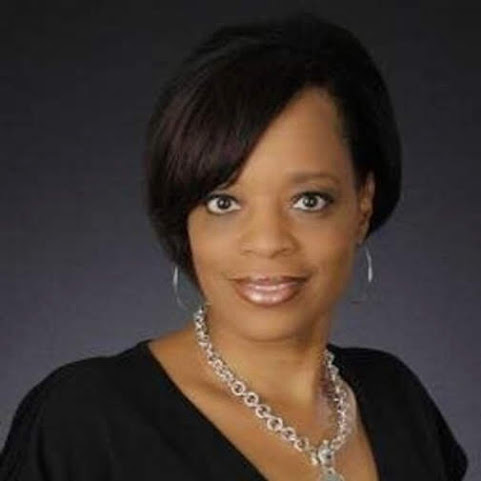 More than any other candidate, Stacey Johnson-Cosby is effectively using social media and thinking outside of the box by sharing ICONIC POLITICAL COMIX that will power this discourse in her part of town for years after this election cycle is complete. 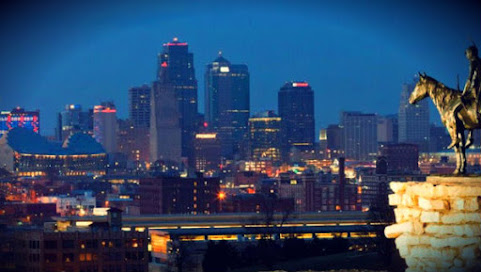 This list has been compiled according to scientific TKC polling and market research data and it's a weekly comprehensive guide to local powerful people, trends and our times.
Posted by Tony at 6/07/2019 10:30:00 PM

President Trump accomplished more than President Obama, Bush and Clinton ever could've hoped. Joke all you want TKC. It was a HUGE win.

Save the paseo should have been the strongest, they are the best hope to turn this city around and stop destroying our history.

How in the hell did you miss this one Tony?

The comics were funny but not very effective, I wish the candidates would talk more about issues and not attack each other personally.

Kc politics are worst in both states, don't expect much from any of them.

Wow, Trump really keeps winning. I've lost count, how many times has he fixed the border already? How many trade wars has he already won in China, Europe, Japan, Canada and Mexico? Let's go ask some farmers.

This time he won twice in one deal?!? Both trade and immigration???

Let's see, so far a brand new NAFTA deal that hasn't worked. a government shutdown didn't get any wall money, a declared emergency judges are striking down. But this time, he really has got a great deal. Those Mexicans are going to look out for us!

If you believe that, I'd like to introduce you to a loving North Korean dictator that is currently disarming his nukes, a peaceful & believable Saudi prince not committing war crimes, and a Russian autocrat that is our ally and friend.

Trump hasn't fixed the border. He doesn't even understand maps and borders. He said Ireland and Northern Ireland border problems were like our Mexico border problem. He even thinks the moon is a part of Mars.

Frankly, I'm glad the big pussy surrendered again. We don't need yet another round of Trump tax increases. In the end, he is always talk, talk, talk - then nothing. He is the opposite of Teddy Roosevelt. Speak loudly and then let the bigly stick go limp. I predict by next week he'll be tweeting another threat about the need to shut down the border again when nothing changes.

Trump scared the crap out of Mexico. Now lets see if Mexico's word is any good. I doubt it is bet Mexico made promises so our POTUS did right by seeing if they will do it. I doubt he gives them long to make any changes.

We can still erect machine gun nests to deal with it.

The Paseo petition people are doing the rest of KCMO residents a real favor.
Good for them.
The rest of the "power players" on the list are the usual clowns that mostly inhabit KCMO politics.
The list is very long.
And the results are there to see every day.
And for a long time in the future.
Sad.

“Cryin’” Chuckie Shurmer called lt last week, Trump was just bluffingyon the Mexico tariffs, and lo and behold, he bluffs again! It took the members of his party to finally get through to him this time to avert an economic disaster. He saw the bad jobs number on Friday and went running for something to help him save face. Here’s a little secret: Mexico was already going to buy the farm equipment! They will do nothing about the border now and why should they??? Trump folded like tent. You can best believe China saw that. They know he’s completely full of shit! His Kool-Aid drinkers don’t though, they will say he won. Admitting he has no idea what he’s doing and has actually done nothing since he’s been elected is a bridge too far for them. But we know, we know.

Their are no more than two or three women lawyers in Kansas City that would be worth seeing with their bras off.

You are so utterly fucking clueless if you think Forte won anything this week. This is going to wind up being another legal mess costing the taxpayers thousands in legal fees. This ain't just a "cultural war" thing. And it is more than a few dozen pissed off lady lawyers. It's a couple of hundred lawyers, male and female. More importantly it got some judges steaming mad.

Oh, Dems. Still frothing at the mouth, still butthurt on a cosmic level and expressing only that in daily crying fests. Meanwhile, your caucus is in tatters, you've done nothing but perpetuate the Russia fraud, and Trump will win the next election in a walk. Why? Because you have no message for the voters you lost, and you galvanize Trump's support every day. The election field for you is a crowded clown car of has-beens and nobodies. So, while you pass the Kleenex box and vent, Trump wins.

I mean, you can dress up your derangement in decent sentences, but you're transparently unable to see the issues outside of your unipolar, all consuming hate.

No, no it won’t. The Supreme Court has already established correctional facility authority to establish security procedures that can be justified and this one is easy, The intelligent people who are angry were fed a false narrative and they are getting played. They have about 1/10 of the facts,