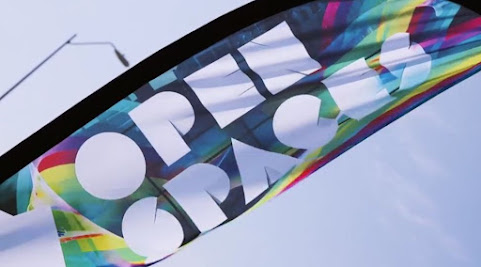 One of the most monumental artistic failures in Kansas City history recently earned accolades which attempt to obfuscate is horrible costs.

According to City Hall, Open Spaces Kansas City was among 50 public arts projects honored by Americans for the Arts through the Public Art Network Year in Review program, the only national program that specifically recognizes the most compelling public art.

Given that she was MIA during the critical part of OPEN SPACES, this might be considered a big win for Megan Crigger and her Office of Culture and Creative Services which might be the most frivolous City Hall endeavor of the past decade. 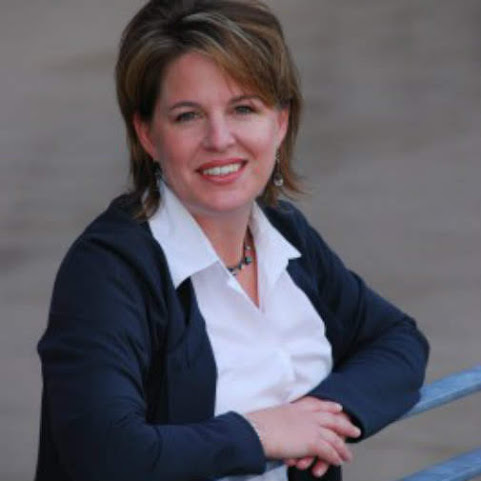 However, this top honor leaves out a few facts regarding the show . . .

KCMO taxpayers had to fund this effort by way of $500,000 from the Neighborhood Tourist Development Fund. The City is responsible for a $375,000 loan to KC Creates, the nonprofit entity that produced Open Spaces. All total, KC powered the festival to the tune of around ONE MILLION DOLLARS -- Which kinda pricey for an art festival.

NEARLY ONE YEAR AFTER THE KCMO ARTSY PARTY, VENDORS COMPLAIN THAT THEY HAVEN'T YET BEEN PAID!!!

And so the bad news continues to mount despite an attempt to rewrite history and ignore the legacy of local art FAIL.

Other than the bills, all we'll have to remember this artsy embarrassment by are the branches of the dead pink tree featured by "OPEN SPACES" and now auctioned as "art" or really creative mulch. 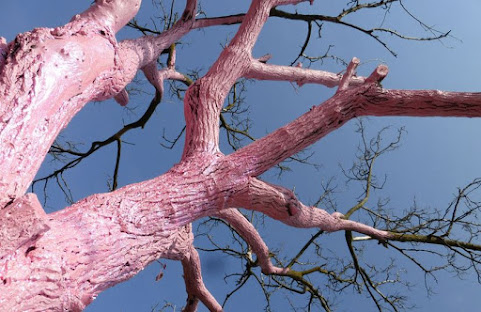 Meanwhile, as the economy braces for recession the local creative class and lame duck politicos continue their spin for pricey projects that didn't perform up to expectations and have literally left locals holding nothing but the check.

nightmare for kc. just another way we throw taxpayer money town the tubes for the elite. And yeah, you guessed it. Both quinton lucas and jolie justus supported this waste.

Vendors should know by now they cannot believe anything the shitty says. I do not feel sorry for them. There's very little this administration does right. That, of course, will continue after the selection of the lesser of two evils.

KC would have done better to sell pink flamingos, you gotta know your audience.

Drive down 63rd street by the community center in swope park and you’ll see this stupid pink tree, I can’t believe the city left a dead pink tree standing. Embarrassing reminder of gifting a million dollars away instead of fixing the city’s problems.

11:12 they might as well bought gold teefus’s for all the hoodrats, that might have been a wiser choice..... I take that back, the stupid mofo’s would shoot each other for the gold.

KC = Riopoff City. Why don't we get to vote on this kind of spending? This is a horrible ripoff against taxpayers.

Try to do business with city government in KCMO and be sure to count your fingers after you've shaken hands.
Every contractor, consulting firm, and business in the metro already knows this fact, so it's amazing there are still enough clueless fools around to take the bait.
It never changes.

They have a similar festival in Santa Fe,New Mexico. IN SEPTEMBER, GREAT Art food and beverage and Santa Fe,Draws tens of thousands of people.

I applied for NTDF funding for my former job. We were told the money was ours even before we applied. It is a waste of taxpayers dollars and should be eliminated.

Damn shame that this kind of waste is allowed to happen.

Interesting that Ms Crigger who is in charge of NTDF also open spaces and Troy raided NTDF of $250,000 by a vote and promised that was all they needed. Then they took another 750,000$. It is so telling that when Crigger left Austin for KC under less than good terms she proceeded to ruin the oversight of NTDF. She at every turn told the committee they should not look and financial and and never worry about the applicants. She is a famous no show at events. It is no surprise that this event was over budget she and Troy constantly overrode all the checks and balances the city has in place.
So now since the city manager and mean Megan raided the funds there are no funds left for those applications that deserve funding. Now Ms Crigger headlined a fundraiser for Justice she is also claiming as so as Justice is elected she and Terrible Troy will get there hands on the entire budget for the arts. Just hope J is not elected. God help us

Slie & Jolie’s Folly cost taxpayers way more than $2 Miilion!!! Demand an audit!!! How much did Dan Cameron skate off with???

Crigger is a fraud! Slie’s fraud!!

The only open spaces is beween Slys ears.

It would all be funny if it weren’t so sad. KCMO thinks no more of throwing away a million dollars on some lame failure of an art show than a working person might think of blowing $20 at the boats. Sly and Chigger both come off as first-class grifters so this epic bomb shouldn’t have been a surprise to anyone.

I went over the Americans For the Arts website for THREE hours and found NO REFERENCES to Open Spaces or ANY honoring of that stupid exhibit AT ALL! There were references if the Crossroads, written in 2014, an article on former Arts administrator Porter Arneill from KC and even a blurb on the Folk Alliance but ABSOLUTELY NOTHING on "honoring" Open Spaces! This was a fabricated PR stunt on behalf of Crigger's ridiculously shoddy handling if this debacle and a cover up by tbe Office of Communication for the city, trying to protect the thievery of the NTDF funding and that $375,000 LOAN to a city supported arts agency. This lands at the feet of the next mayor and it will be INTERESTING to see what EITHER one does about it. The fix is IN if ALL BOARDS AND COMMISSIONS are not wiped clean

How does CRIGGER headline a fundraiser without the ETHICS Commission having something to say bout it? Where's HR? Gary O'Bannon and the likes...blind eye, deaf ear? There's a long list of ethical and moral violations someone will have to answer to behind all this. I'll start!

Her and Sly fired the staff overseeing NTDF as well as letting the Chair and Co-Chair of NTDF go as a result of opposition to Open Spaces. FACT!