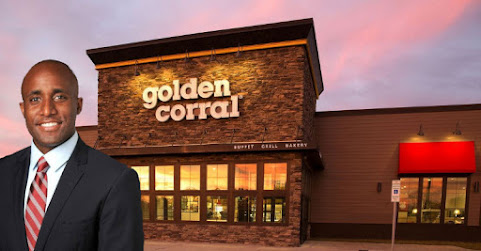 All of this info can be confirmed at the MO ETHICS website . . . But here are some EXCEPTIONAL highlight on Quinton Lucas cash that offer a better look at the future than newsie hype.

TKC READER: QUINTON LUCAS CAMPAIGN USHERS IN NEW ERA FOR KCMO…OR…SAME AS IT EVER WAS?

Now before you rush off to apply for a high-paying job at the Golden Corral, let me give you a hint as to who likely made the generous contribution on behalf of another well-known political donor and local contracting firm. If you're guessing that the owner of THIS HIGH PROFILE FRIM appears frequently on KCMO political campaign donation lists, while receiving significant construction-related contracts from the city of KCMO, you might be a GENIUS. Congratulations!

But, of course, this is absolutely nothing new in KCMO, where PAY-TO-PLAY is the name of the game. Please remember that during this mayoral campaign, it was Quinton Lucas who spoke aggressively and often on the need to reign in the practice of subsidizing real estate developers and the status quo who milk City Hall. Below, let's take a look at a small number of donations that came into the Lucas campaign in the final days.

- A Federal Convict Who Was Prosecuted In A Courthouse Corruption Case? A measly $100 comes from the man with the same name as the dude we all know as "creampuff" who has info on all the County and only earned a 6-month conviction.

- The "Price" Was Right For Real Estate Developers . . . We've been around the "Block" long enough to expect a great many builders on the winning side.

- TKC readers might also remember the Freedom, Inc. donors who also banked Mayor-Elect Quinton during one of their most negative campaigns in memory.

I see what the tipster means.

But still better than Jolie.

The only real "Truth To Power" outlet in this city.

pisses me off that no one will ever care

Quinton tweeted a selfie with a MO Beauty Queen yesterday.

We are off to a great start!

Best song for this campaign and its results?
"We Won't Get Fooled Again", by the Who.
Of course, KCMO residents DID get taken for yet another ride.
It never changes.

^^and you will continue to bore us with this regurgitated shit!

9:51, you care. Therefore, other people probably care, too.

Here's the thing: You already know from recent history that the second term is not automatically given. You don't need someone else's permission to run for mayor.

If nothing changes, don't re-elect.

Come on, Tony. At least report how many of those players gave the same amount to Jolie Justus. Covering their bets.

Do you think real people write checks for more than $25? No, they don't. I know. I ran 3 times for the Shawnee City Council, Won twice--served for 5 years on the council, and then ran, unsuccessfully, against Annabeth Surbaugh for chairman of our county commission.

Her campaign was run by Steve Rose, and development "hoar", lawyer, John Petersen, who raised $40,000 to elect her. Upon which, she looked the other way while he told his client for the Oz project to BOUNCE a $400,000 check.

It always amazes me how much you can buy for so little.

Tracy how do regular folks "sway" officials to do favors for them? How much?

@11:23, it's the same question that Lawyers have asked for years, "How much Justice can you afford?"

Well, elected officials and candidates have to raise money to run for office ...