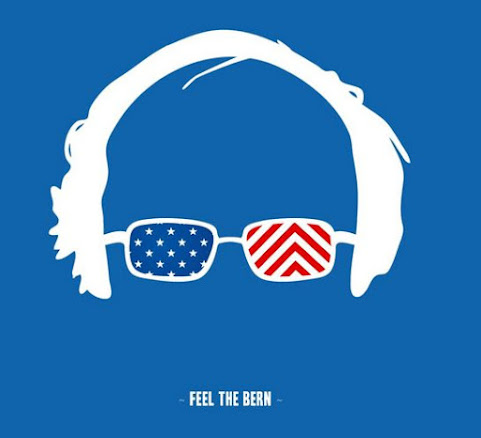 Basically, they're Kansas City "Bernie Bros & Broads" who want to make a change in municipal politics as well.

The group shouldn't be dismissed given that they were instrumental in pushing Kansas Rep. Sharice Davids to victory and powering Missouri State Rep. Greg Razer as well.

This June, they have outlined their council favorites.

Eric Bunch in the 4th District & Brandon Ellington in the 3rd At-Large are their picks to push progressive values in Kansas City.

Eric Bunch is the leader of BikeWalk KC movement and a cycling/pedestrian advocate.

Brandon Ellington has far more legislative experience but is widely known among metro political denizens (read: among white suburban voters) as a Bernie Sanders supporter. He also made a name for himself on the national scene with a presence in Ferguson, Missouri attempting to mediate the crisis.

This progressive coalition deserves a bit of attention for a lot of reasons but mainly because it marks a very real effort of the left wing of the Democratic Party to position themselves on the Council.

Council will be tough to control by a mayor who will not have a mandate.

How about they ALL do something so progressive that it will be revolutionary for KCMO government?
Fix the streets;
Make public safety a priority;
Get the budget, spending, and debt under control;
Demand competence and accountability from city employees and departments;
Stop grandstanding and making believe that state, national, and even international issues are something you should spend time on;
DO YOUR JOBS!

This should have been the real title of the post: Radicals want control of the KC Council. This group promotes the most extreme form of government everything from socialized Healthcare to socialized housing to socialized payments for voting the right way which is really the leftist way. A real danger for this group is that people actually look at the agenda and the principles they stand for because it's really hard core socialist garbage. Eric Bunch once half a billion dollars to reorganize Kansas City roads and repave them mostly for the benefit of bicyclists. Ellington is more of an independent thinker but he has to go along with the Bernie Sanders agenda and give into socialism for Kansas City. It's a dangerous precedent and should be identified I hope that's what this post is trying to do not promote it because this is Kansas City's one way ticket to bankruptcy.

^^^^ these are certainly dangerous times for killa shitty indeed

Geez don’t vote for that bunch dude! He screwed up Armour blvd!


Don't need anymore progressives - Look at what it's done to KC already; streets, water and crime....the list goes on and on!

It’s too bad progressives are soft on crime

Why do progressive’s hate the middle class?

6:24 well said!! Hope the KC Voters pull their heads out of their rasist voting asses and vote for whats best for your city. I prefer small town living over city living, in a small town everyone knows your business before it happens but everyone in a small town knows eachother through and through, if we dont like our Mayor we invite him to a pool party for a underwater weight lifting competition, in a small town we know how to handle small town business which is why the quality of life is so much better.

With his screwed up priorities, Bunch will drive even more of the middle class to Jo Co!!

So the progressives only endorse homosexuals? Kind of looks like it.

Sorry geezers. Both of these guys will WIN.


Any one who supports Bernie sanders supports rape and socialism. I always see these little old lady's driving around with Bernie stickers on their cars and they are so stupid and have no idea what they are voting for.

@11:24pm
If bicycle lanes and supporting duds like Michael Brown are more important to you than working to reduce homicides, maintaining streets, getting utility costs under control, and all the other issues that actually affect residents of KCMO EVERY DAY, then best of luck.
For people like these two, government is just a game and an income.
Doesn't have a whole lot to do with everyday folks.
The spiral of KCMO will continue.
And it's not up!

They had nothing to do with Sharice Davids' win. In fact, they ran against her in the primary and didn't play nice. Please correct this.

^^^ Please correct your ass. After Bret Welder was finished, they jumped behind Sharice AND they protested Kevin Yoder's office during the November election. Don't make me spank you in public again.

6:34: A bit off topic, but could you provide your sources for Bernie's supporting rape? Inquiring minds want to know!

And Eric Bunch's supporting what happened to Armour Blvd. should exclude him from participation in anything other than flipping burgers.

Yes, please spare us from Eric Bunch and the bike boys of Bike KC. They give us the mess on Armour Blvd, want to spend $400 million of City money on their plan and think the rest of us are too stupid to get it.

It's not fair to lump criticism of the silly fad-chasing Bunch in with Ellington who has a lot of real experience in Jeff City. For those in 3d district vote for Ellington. Don't vote for Bunch he's a self anointed bike advocate but doesn't really represent those of us who get around town on a bike. He represents the interests of JoCo spandex dorks who park their hybrids at 31st and Gillham and joy-ride around four abreast not real people who depend on bikes to get around. Thanks,
-radish

OK, Bunch has testified in favor of spending $430 MILLION on bike lanes like the ones that have screwed up Armour Blvd. which is his baby. (Note, you have to park in the middle of the street and energy-saving "right turns on red" are now illegal -- because you cannot see around the parked cars!) So if you think that spending $430 Million tax dollars -- the same amount as the GO Bonds to repair STREETS!-- to put in inconvenient bike lanes is a waste, I guess the guy IS "progressive".


And Ellison? Has anyone actually seen his Jeff City VOTING record?