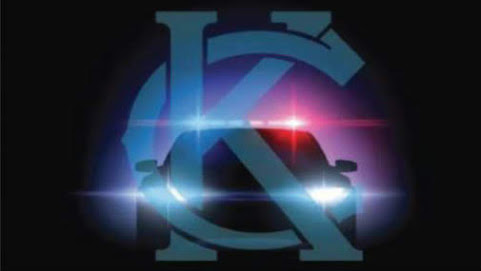 One of the foremost experts on crime trends and community impact of rising violence shares a bevy of data, insight and analysis on the KCMO crime crisis. Accordingly, his perspective MUST be a part of the silly season discussion and the campaign for mayor.

Dr. Ernest Evans: How to Lower the Homicide Rate in Kansas City

When crime begins to surge in a given city the authorities look at a range of facts to explain this surge. They note the level of poverty, the rate of unemployment, the access to guns, etc. But perhaps the single most important statistic to look at when a city is having a crime surge is the clearance rate; i. e., how many of the homicides in the city are being solved?

Among crime experts it has long been an established principle that likelihood of punishment is more important in deterring crime that severity of punishment. So, if a city wants to keep homicides under control it needs to have a high rate of clearing homicides. For example, former Washington/DC Chief Cathy Lanier justly received a lot of praise for her success in sharply reducing the homicide rate in DC when she was chief in 2007-2016. A key component of her success was that in the years that she was chief clearance rates were between 80 and 90%. In contrast, the city in the world that has the highest homicide rate is San Pedro Sula in Honduras--in that city there is only a 3% clearance rate for homicides.

The crime surge in Chicago that began in early 2016 is a good illustration of how declining clearance rates can fuel a crime sure. In 2014 the city of Chicago had a 34% clearance rate--in that year it had 464 homicides. Then, in the latter months of 2014 you had the Michael Brown shooting in Ferguson, Missouri and the Laquan McDonald shooting in Chicago--these incidents touched off a wave of criticism of police departments all over America.

The storm of criticism against the police had a lot of justification. The US criminal justice system is badly flawed and biased and in need of major reforms. However, much of the criticism was over-the-top and sensationalistic. Faced with this barrage of criticism applications to police departments fell sharply and veteran officers began to leave. By the end of 2015 every police department in the US was significantly under strength.

That brings us to the current crime situation in Kansas City, Missouri. In 2014 it seemed that the city had made major advances in fighting crime. There were 82 homicides in that calendar year--one of the lowest levels in the past fifty years.

KCMO will soon elect a new mayor, and a critical issue that he or she must address is the surge in violence in KCMO since 2014. And, bringing that violence under control necessitates bringing the KCPD up to its proper strength of 1500 officers.
#############

can't help but agree with his conclusion but look around this campaign, there are very people talking about this issue or willing to hold candidates responsible. It's almost like Jolie & Quinton have agreed to avoid the issue.

The solution is simple but finding the political will to do something about it is another story. KC residents and both candidates for mayor would rather just run on their image.

Thank you Dr. Evans, nice to see some real reporting and info on this site for a change.

More police is the obvious answer but Quinton and Jolie would ratehr talk about more money to developers than real solutions.

Or you could save everyone a lot of money and find somewhere else to live that is safer, has better schools and actually maintains their city. KCMO does none of that and it's dangerous for all.

bow tie the clown sLIE is on the police board and he punished them by reducing police offers, this was reflected in their budget. All this has to do with his son being arrested multiple times by the popo, he didn’t like that. Then you have his drug dealing family, can’t have them getting arrested while he’s mayor, that would be embarrassing for anyone but for sLIE he needed them to make money so he didn’t have to give them any, hey, he’s just trying to keep them employed!


My ex neighbor in Central Hyde Park was on the police commission for 2 years and she robbed her neighbors house after he was dead. How that for lowering crime in Kansas City might I add they are liberals so nothing is going to get any better in the city. Right neighbor?

@2:41pm has the right idea.
And you don't even have to move out of the KC metro.
There are 114 other municipalities in the area that have excellent public schools, well-maintained streets and sidewalks, affordable utilities, great parks and recreation, well-balanced and predictable tax systems, are financially sound, place public safety as the high priority it deserves and they deliver, and are accessible to their residents' concerns and needs.
And people run for public office and serve to actually try to contribute to their communities instead of working to become politicos that can't be gotten rid of.
Pick one, move, and appreciate life.

Comment after comment has been posted saying the same thing Evans is saying. This is nothing new, all he is doing is repeating what has been said on this blog a hundred times over by many people including myself.

Current people running for Mayor could care less about crime. From the looks of her track record Mean Jean does not give a shit either.

KCPD is a waste of money.

The crime rate will continually increase until there are some teeth put into the consequence for committing a crime. If the police and courts start administering real punishment for committing a crime the race card will be played and the city will start pushing for more failed feel good organizations.
Since none of this will happen enjoy the increase in murders.

Trying to achieve equal outcomes is corrupt, and isn't even truly possible! WORK for what you want! said...

Yeah, poverty! Oh, that's the catch-all term for too many self-perpetuating habits that keep some in financial straits while blaming everyone but themselves. Real poverty happens, but being poor in money doesn't mean that is cause for immorality. Too many disrespectful types raised in dysfunctional "families" is a big impact on those crime stats! When lazies and addicts make gibsmes handouts their lifestyles for generations upon generations, and the sperm donors are mostly absent deadbeats, children are caught in cycles of struggles. The problems just go on---wash/rinse/repeat---with far too many who don't or won't run fast and far from these messed-up examples of the poopy-head families they happened to be born into.

Concerted efforts are requisite to rise from the disadvantages. Ain't no caped crusader saviors flying in! If examples from the adults and peers are lowlife, youth will very often model that crap. Living amidst negativity and anger that is prolonged is likely to guarantee more breeding of malcontents. Most killing and stealing is a symptom of some childhood neglect and dysfunction!

Adequate personnel rosters of PD actually in the communities is desirable. Prosecutions cannot be plea-bargained down to wrist slaps so frequently. Decent teachers, coaches, friends, and neighbors doing right is a boost to a better way of living in poor areas just like more endowed districts. BUT, THE ANSWER IS PERSONAL RESPONSIBILITY!!!

The only thing left to do is move all the negroe’s back to Africa, that’s the only thing they haven’t done so it’s worth a shot!

We don’t need more police! KCPD is not utilizing their resources correctly. The scandal with the kid victims is just what boiled to the surface. Even with more arrests, the prosecutors don’t lock them up and we don’t have enough jail space. Stop giving KCPD more money and learn to defend yourselves. If you call 911 you will be on hold.

So, the jist of this argument is either that our cops are a bunch of snowflakes who cannot brook criticism without crawling into a fetal position and crying or a bunch of shirkers who refuse to do their jobs unless they are allowed to violate the law without so much as criticism?

Interesting critique of law enforcement. And not very flattering.

^^^No the gist of the argument is police officers will respond rationally to efforts by the left to demonize and blame them instead of the criminals they confront in the course of their duties. Why risk ones life and career to make a community safer from violence when the community obviously does not appreciate it.

KCPD is full of snowflake cops hiding in planning and research.
Some of the cops haven't been out on the street for years, hiding behind desk jobs. KCPD lacks the initiative to fight crime.

I really think Dr. Evans nails it here, KC needs to support police and help them do their jobs!

The crime is constant in KC and it's getting worse, I don't see the politicians up for reelection doing anything about it. All they want to do is make more promises about money for their supporters and constituents. KC politics has always just been about payoffs.

K.C.P.D. does a good job with what they are given by the city!

You could stuff $$$$ cash into KCPD and they still can't do squat.
Have to leave your desk to fight crime.

Just think how easy it would be to solve many crimes and increase the clearance rate if the KCPD and the MoHP would run their untested rape kits instead of storing them in warehouses.
This is a big problem that women have in reporting rapes, the cops don't care about them.
See TKC's previous story.

Anonymous said...
KCPD cannot solve these kinds of shootings if the "community" is not willing to "snitch" on the thugs they complain about.

Saw a mother on TV saying she was going to keep coming to an annual event bemoaning the killings, including that of her son, until justice is served. Well, don't blame the cops. Folks need to look around and identify the killers. In almost every case, people are out there who know who the culprits are.

Quit blaming cops. Then if the cops DO shoot someone, they'll scream he was a "good boy" just turning his life around.

I would love to see the KCPD go on strike until a certain set of demands are made. These would include a dramatic rise in hiring (with commensurate rise in pay and benefits). Stop funding idiot projects, and spend those tax dollars to confront real problems.

KCPD also needs the ability to engage in focused policing as they see fit. Sadly, neither the politicians nor the media will permit such a thing. It's not politically correct to concentrate resources in the areas that most need them - the areas where most violent crime takes place - for the media and left scream "racism." That's insane both statistically and logically.

They cops should refuse to work until the city integrates anti-crime programs such as Comp Stat (as was done in NYC in the 90s), stop and frisk, broken window policies, predictive policing, and perhaps even the resurgence of programs like Project Exile.

The very worst thing KC could do is what they are doing. That being, demanding that crime control be based on the career/financial ambitions of politicians, and the whims of the liberal/social media

I like to see all the money wasted by KCPD returned to the taxpayer.
Also, repeal the 1 percent sales tax.