As with all things related to the KCFD, there's far too much intrigue and cloak & dagger B.S. in play because most fire stations are worse than sewing circles.

BEHIND THE SCENES THERE'S YET ANOTHER POWER MOVE TO FORCE LEADERSHIP CHANGES AMONG TOP RANKS AND UNION BOSSES!!!

We'll let the MSM sort out the deets but the gossip today has been fun given several false flags, attempts at misdirection and rumors running rampant.

Thing of it is, there's ALWAYS a fire dude involved in a scuffle and longtime denizens of the Dept. understand that the power plays amid election season are part of the organization's culture.

Because a great deal of traffic comes from our friendly neighborhood 1st responders, whom we really do admire, here's hoping they sort things out amicably as the rest of the MSM wait for the presser and we celebrate hot talk FIRST here on TKC. 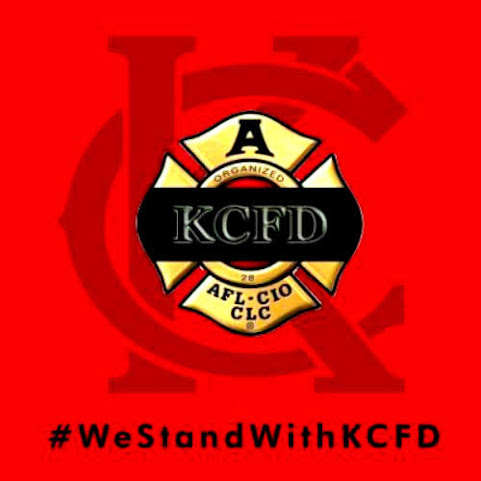 but at least a little change is important.

Top fire officials change every few years, they get a couple years at a higher paid position and retire, they get way more money when they do retire that way. Just throwing an example out because I don’t know what they retire at but say in their current position they could make $8,000 a month retirement, they go to a higher paid position they go to $10,000 a month. That’s why they turnover so much.

How much do they make to soak a homeless person in the freezing cold?

KCFD is the greatest city department that wastes most of the tax payer dollars, actually KCFD is so corrupt its not wasting tax payer dollars, its flat out STEALING fron the tax payers. With a union so strong, tax payers never get honest numbers on statistics of their performance and the reason why is because if they did the tax payers would be furious!!!! KCFD is a Union country club of spoiled brats that think the citizens owe them the world because of their "heroic" efforts and while that may be true once or twice a year, the rest of the time its just a way for local city government to hide tax misapproriated tax dollars, because the propaganda the fire service puts out the tax payers have been programmed to belive. Call 911 while your family member is in Cardiac Arrest ( for every minuet that goes by that a person in cardiac arrest without CPR or cardiversion / Emergency meds.) loses a 10 a ten percent chance of survival for each minuet without that care) So if you are put on hold in KCMO's 911 system for even 3 minuets (the average is about 6 min) Then add in the actuall response time once they actually get dispatched, and the end result is your loved one is DEAD and un revivable by the time KCFD get there. A service so expensive to the taxpayers that leave taxpayers who need the service DEAD I would think is a problem that should be of highest priority!!

10:18 The Fire service in KCMO isnt a fire service its a political entity that loves to suck each others dicks in city hall, been that way for years. Not all Fire services opperate like that, even though they all are part of the same fire union. Some departments care about their citizens who pay their wages and some dont!! The bigger the city the worse it is, because accountability in the larger cities is much easier to hide when they are below public expectation standards and know how to hide public statistics on their performance to keep the public happy. One of the better fire departments on the Missouri side is Lee' Summit, CJFPD (Blue Springs) they are never in the news for selling drugs out the back door of a fire station they are never in the news for enticing minor females into a station, and while those things happened a few years back at station 19 in KCMO...It HAPPENED!!! The Kansas City Missouri Fire Depatment is a good ole boys club, they are far from a city service that deserves respect from the taxpayers, until they get off the political tit and actually do their job, which by the way should include good moral turptitude!! (currently ist does not)

But, doze Killa Shitty Cheefus, I verra much luvs ta get my game gear on, face paint, feathers, and always da jersey of a star player! Even if he be a wife beater, drunk driver, kiddie bone breaker, druggie, whatevs! Got my season tix, big ol tailgater rig, and all my rowdy friends coming over to our tailgater.

Didn't the KCFD back Justus? So they have to clean out the fools who made that stupid decision if they ever want anything from Lucas.

^^No. No they didn't. They endorsed Lucas. Pay attention geezer!

As you can see what has stunted the growth of Kansas City Missouri for decades are the democrates!! The fire service sucks democrate cock, because they love to swallow cum, sell propaganda to the citizens to keep in their their pension Guarded, its a simple explaination why Fire and police services suck in this city. If you hate the high homicide rates, and slow progress in this city, as a tax payer you are going to have to think outside the box and make Kansas city great again!! Voting for the same failures will never make it happen. Keep on voting democratic and you will keep getting what you are getting!

6:51 True that!! and they should stop bitching about homicide rates and poor 911 service if they are not willing to do anything about it!! Hopefully Quinton will, but actually he wont! Why? because he sucks Fire union dick too!

8:19 FUCK YOU MOTHERFUCKER!! You don't do the job we do, and yes we may not work as hard as you each and everyday, but you chose the job you did and we chose the job we did, and yes we do protect our pension before anything else and if you had a pension as good as ours you would do the same!