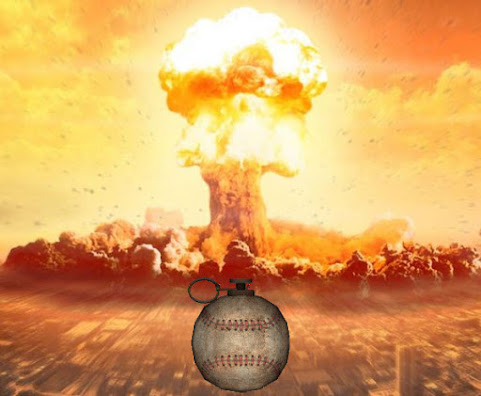 Amid outcry from neighborhoods throughout Kansas City -- Jackson County Exec Frank White via his Administration has responded by doubling down in defense of the recent property tax spike and setting up a confrontational system to address the crisis.

TO ADD INSULT TO INJURY, THE CERTIFIED ASSESSOR CONSULTANTS WILL BE PAID WITH THE VERY SAME TAXPAYER CASH THE COURTHOUSE IS PREYING UPON!!!

Not so long ago, when homeowners had a complaint they would inevitably take it to the Board of Equalization and work out a deal. Now, with thousands upon thousands of appeals already underway . . . Team Frank is doubling down this effort and assuring Courthouse colleagues that locals will be thwarted by this new team of consultants.

Courthouse Insiders realize this process is probably going to backfire quickly but for now it presents one more obstacle for homeowners who must already navigate a byzantine array of local government departments in order to save money on this unprecedented property tax spike. 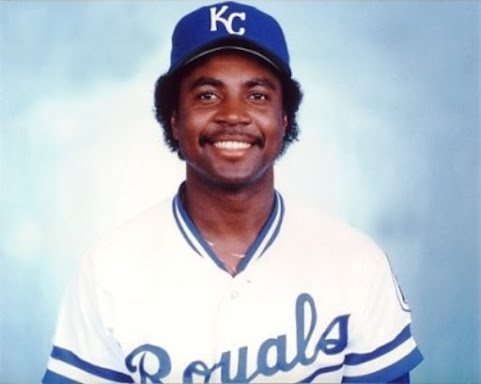 "In terms of politics, Frank White isn't going to be able to hang on to his ball player image any longer. He's now the guy who in charge of 200-300% property tax increases. THAT is what's going to stay with him for the rest of his career. There's simply to way to recover politically from this type of massive animosity from taxpayers."

Yet again we're at the outset of the demise of another Courthouse leader who was once beloved by voters but now confronts jeers and rebuke from former fans fighting to save their homes.

Say goodbye to your home granny.

Never understood why people would care about his baseball career any way. It has nothing to do with the job at hand and is only a distraction about the real issues.

he's not going to be able to get away with it for long. If the county charter wasn't so corrupt he'd be up for recall right now.

Frank should have never been voted. He simply wasn't qualified for the job. Now that he's in over his head, it's obvious that he doesn't know what he's doing and is obviously make things worse.

This is probably the very first time he has heard criticism from his own people.

This kind of thing is why people avoid moving to KC. Overall the city is losing residents when you compare it to Clay County and other parts of the metro that aren't so hostile to home owners.

There really is no other solution.

Time to vote all the dummocrats out of Jackson County.

Frank screwed up this one ROYALLY!

So the guy who couldn't pay the taxes or mortgage on his own house wants to raise taxes on the taxpayers who are responsible enough to pay their bills.


"Time to vote all the dummocrats out of Jackson County"

Comment from above. Dream on! KC voters are stupid. You will recall they approved a twenty year extension of the f-----g Etax a couple of years ago. If there was ever a more clear cut issue than giving Slie another 20 years of slush bucks, I don't know what it could have been. (Except perhaps being naive enough to vote for a new {unneeded} airport, and believing the masters of lying democraps that airlines would pay for everything.) Now we are facing another four years of disastrous mayoral leadership. Little hope for KC.

This is what you get when democrats vote for more democrats. Reap what you sow assholes.

10. Before the assessor may increase the assessed valuation of any parcel of subclass (1)[residential] real property by more than fifteen percent since the last assessment, excluding increases due to new construction or improvements, the assessor shall conduct a physical inspection of such property.

anyone who has owned a home in kc knows that their home value has been way under valued for years. property taxes based on home values of 70k when the house sells for 200k. huge flaw in the system, and why joco had better everything; because they more3 accurately assessed property values and generated more tax revenue. just finally caught up with everyone finally. not franks fault; he just has the balls to fix the flaw. everyone will bitch, but no one can dispute if you look at what their neighbors homes have been selling for.

Damn, 12:59 you're right. KCMO will now have streets, schools, and police on par with JOCO. Fuck you're smart

This is Frank's downfall. Nothing less. If he was smart he would compromise and try to find a workable solution. Not keep going down the wrong path.


@12:59 Prices on little ghetto houses on the east side went up from below 100K to over 200K they were not under priced homes. What was done makes no sense. You're wrong Frank White doesn't have balls, but he does have red foreskin and no idea what he is doing! Get some intelligence 12:59 you're clueless too!

If that is true what legal recourse do I have ?

Frank White's own property taxes went up, but it won't matter for him since his house is in foreclosure (as of 5/29) for not paying his mortgage.

SOME properties might have assessments that are under valued by 10% to 100%, and far fewer being under valued by 101% to 200%. But, over 200% says Killa Shitty has been laggard AF, or damn generous, huh? So generous on good deals of "lower" property taxes maybe to keep people from leaving the crap cowtown with its scary schools, murder momentum, rigged votes, f'd up infrastructure, and other tax grabs.

12:59 wrong, I had my house appraised three years ago and jackson county was over charging me and my whole neighborhood for that matter, now they raised it 13% and my house and neighborhood hasn’t changed one bit, my Appraisor is coming back tomorrow so I can send in a new appraisal and get it lowered again.

Normally the notices of appraisal would have gone out at least two months ago so that people will have the opportunity to prepare to challenge an excessive assessment. These notices went out the second week of June – and people must schedule an informal adjustment no later than June 24.

Thereafter it is important to remember that an appeal to the board of equalization must occur by – if I am reading it correctly – July 8 no appeal filed after that can be considered. The safest thing to do is – even if a taxpayer has applied for an informal adjustment – to file a notice of appeal so that that deadline is not missed. If the informal adjustment works out, the formal appeal can always be dismissed.

The problem is that the state of Missouri needs to create a "circuit breaker" limiting any increase in the assessment of property being used in the same way by the same owner to no more than five or 10%. That is something the County CANNOT do. Short of that, we are going to continue to price our citizens out of their homes.

The way the county went about it is stupid, which I suppose is to be expected. Most home values did not skyrocket in the past year, they rose (or fell) gradually. There should have been smaller, incremental reappraisals over the years to capture the rising or falling market. It was a big mistake to put it off, and an even bigger mistake to catch up all at once.

But what the hey, it has long been obvious that evey level of government views its citizens as no more than walking ATMs.

Shut the fuck up ambulance chaser.

Right on, 4:36! WTF have the tax assessor personnel been doing all this time? Salaries, retirement funding, vehicle expenses, office supplies, seminars, and whatever else were paid each year for plenty of years to this division's operations! When it got too troublesome for actually driving the potholed streets, field personnel could have used Google maps views in a lot of neighborhoods to access views of properties in some recent years! Oh, right, who has time for that? There's long lunches, naps, office buds to gossip with at the watercooler, kids to argue with on the phone, babydaddies to text and Fakebook, nails to polish, sick days, and offices closed when pipes flood the neglected building's basement and such!

County gives some bullshit consultant half a million dollars every year for assessment and assessment is effed up every damn year. When we get our tax bills from the county we ought to burn them on the courthouse steps.