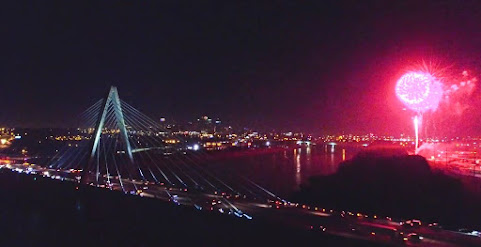 This week 4th of July events abound across the Kansas City metro. Similarly, this is also the season of rampant KCMO urban core gunfire that rings out all night into the day.

Not so long ago, authorities promised that "Shot Spotter" technology would not only reduce random gunfire on local streets but also curb violent crime. Years after the pricey tech was deployed at a cost of around $100K per square mile . . . Murder rates and random shootings seem unaffected. 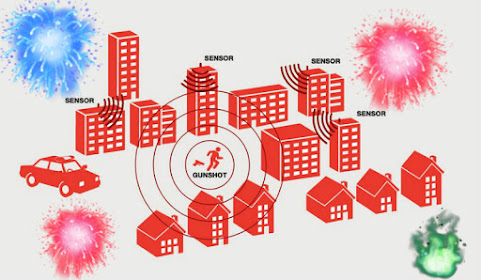 And so, neighborhoods are forced to determine if constant popping sounds this week are gunfire or fireworks. Hint: If a car takes off after more than a few bangs, odds are it's probably a rolling gun battle and best to take cover.

And so, this tragic but all too common Kansas City gunfire name game persists for yet another year and remains far more constant than the ebb & flow of newbie elected officials and their promises.

Shot spotter might work if you had the officers on the street who could respond to hits from it within seconds and pulling over any suspicious vehicles in the area and do occupant checks and so forth. But then all the Rev's would be screaming that the police are profiling so yes the shot spotter was a waste of money since it isn't used like it should be.

^^^^Great now you will have Herr Funkhouser in here calling you names.

shotspotter is just a listening device installed to monitor all public conversations.

Byron ran out of money 2 weeks ago and doesn’t get his next welfare check until Wednesday so he is hating on everyone.

The gunfire problem is getting worse but you and your conservative friends don't want any kind of regulation of guns and you aren't letting police take away guns from people who are mentally unbalanced. So the there are now more firearms proliferating every day belonging to dangerous people who don't care much about the rule of law or responsible gun ownership. This isn't a "well-regulated militia." It's more like chaos.

KCMO purchased the overpriced shotspotter so they could put another notch in their belt by saying they tried a new technology to prevent crime and failed. Kudos to the shotspotter snake oil salesmen.

As a responsible gun owner, I am sure the police confiscate any gun they encounter when carried or wielded by someone they deem dangerous or mentally deficient.

Then a firefighter will sell the person another gun.

As a civilian, I have never even pointed a firearm and another person. But would to protect family, myself and depending on circumstances a victim.

Keep your stupid mouth off my right to own and carry. We all know where the real problem is. It is culture and weak family ties.

Edit: at another person

If you see the white puff of smoke from the rifle and feel the bullet go deep in your chest, go to Felina's back door and wish her a happy 4th.