Show-Me Legal Fight Limiting Access To Abortion In Missouri: Which Was The Point 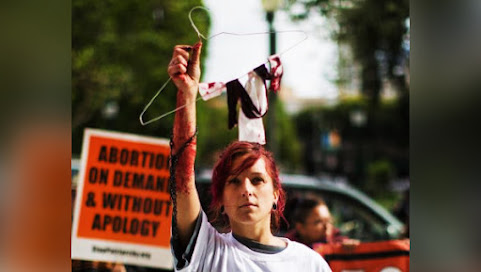 Advocates for one of the most horrific medical "procedures" continue scare tactics and threats in an ongoing legal fight that will either end up in the Supreme Court OR give lady voters to a shameful reason to forgive handsy Joe Biden for all of his sketchy public backrubs.


Here's a glimpse at the argument about limited access that's kind of the whole point in this divisive debate wherein partisan hacks from "many sides" descend upon this divisive issue and pretty much everybody forgets about the ongoing struggle of single-moms.

A glimpse at the scary impact of this ongoing debate . . .

"Starting last year, Missouri regulators began enforcing more stringent rules for abortion providers, such as a law that mandates pelvic exams 72 hours before a person receives an abortion, the clinic’s doctors said. Although the law requiring pelvic exams has been on the books for 30 years, the state only last year decided to enforce it, they said.

"Those increasingly strict rules are one reason several physicians who work or worked at Planned Parenthood didn’t want to be interviewed, said the organization’s lawyers. They were worried they subject themselves to prosecution or face medical board’s review."

Abortion rights advocates are concerned the legal dispute over the last existing abortion clinic in Missouri may have already hindered access to abortion. The license for Reproductive Health Services of Planned Parenthood of the St. Louis Region has been in jeopardy for months as state officials delayed action on its application.

The black community is most affected by the availability of easy abortions. My only problem is that I don't expect my tax dollars to pay for them. If they want to kill off their next generation, including perhaps the next Dr. Martin Luther King, that's fine with me, I just don't want to be responsible for that murder because of my tax dollars. I don't care that a pregnancy will make life rough for the young mother. Perhaps it will change her life, develop her character, and instill and foster traits that will server her and her children for the rest of their lives. I don't care that society may have to take care of that mother and her child. The liberals are so desperate to take care of illegal immigrants and their children, so what's wrong with taking care of a citizen who is a single mother? I just don't get the abortion-loving left. They won't admit that this "procedure" is nothing more than killing. Stopping a heartbeat, whether in utero under the guise of "reproductive health care" or on the street due to a gat, is still killing. BLM will scream all day (erroneously) about how cops kill black lives, yet laud the fact they can get free abortions all day long which accomplishes the same thing. It's murder. Nothing else.

Interesting comment, but are you willing to assume, either personally or through your tax dollars, the cost of rearing the children you are forcing women (black, white, or whatever) to bear?

@8:49 And if I am not willing, should those babies be aborted? Killed? Let me ask you this, if we set up a button to cause the abortion, and by pushing that button you wouldn't have to take care of that child, would you push it? Would you push it twice? How about 1,000 times a day (CDC estimates well over a thousand abortions each day in the US)? Let's turn to the sick and aged. If they are a burden to society, why aren't we killing them off? It's exactly the same thing. Inconvenient? Is abortion/killing the answer? You are likely going to say that's the mom's decision, that we have no right to interfere. Why is it OK to exterminate in utero, yet one second after a baby is born, it's not OK? Where is the line drawn? Some say when a heartbeat is detected. Our science is better now than when Roe challenged. I say life begins at conception, but I will cede that a heartbeat is required to establish a life. Would you stop it? In our society, harming animals is perceived to be worse than killing unborn babies.

I have this strange belief that the woman whose uterus is involved should be the one to decide and that the Billie Holiday rule applies here: It ain't nobody's business.

Why do you feel the need to interfere in other people's lives?

"Why do you feel the need to interfere in other people's lives?"

The poster said he or she does not much care if women abort babies - so he is NOT interfering in other people's lives. On the other hand, you want to use the poster's money to pay for abortions, so you ARE interfering in another person's life.

Whoever owns the uterus decides. Now the question is does the woman own her own uterus or is it the property of the state?

you know what horrible medical procedure is you fucking idiot.
You don't.

good point, anyone know how clean and tidy a hysterectomy is now compared to the 1960s?

have a hysterical woman, just ectomize her.

or support the sugar lobby and pay for a lot of rotting feet amputations.

tony is clearly in need of a little bambino to teach him how to play catch and play on the computer so he look at the lil fella and say that is the best thing i have ever done! That's what y'all do right?

and then u not too fond of them when they stick you in a nursing home.

To deal with all the unwanted babies in the black community here is how you deal with it. At age twelve all black girls get sterilized and you have no more unwanted babies being born or aborted. This alone would save state and federal governments everywhere billions of dollars.

and have a superbowl party in your house the day after you die. lol

why would you sterilize girls, that's a more expensive, invasive procedure.

any alien would logically sterilze the men and boys of planet earth.

i really like this concept of taking pride in a being a morally amoral person.
I prefer amorally moral.

Save the children. It is not a choice, it's a child!