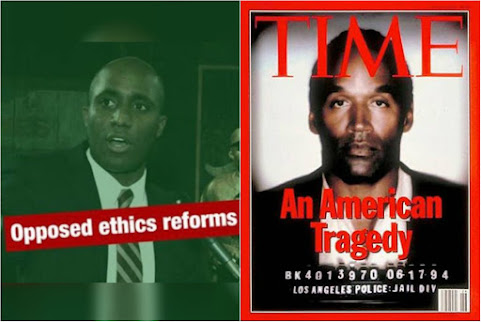 One of the very few politicos whom TKC respects shared a thoughtful perspective & juxtaposition regarding the recent ruckus over campaign material and the current mayoral contest.

But first a bit of background on the current situation:

In last night's debate Quinton Lucas, again, complained about the campaign tactics of his opposition and their use of his image. Whilst the crybaby routine employed by Quinton Lucas typically turns off voters, the posturing works effectively in garnering media headlines. Fact: Using unflattering images of a political opponent is standard practice in nearly EVERY American campaign dating back the Founders. Arguing this practice is inherently racist is a bit of a stretch.

The condemnation of the grainy images was the only notable moment from the debate. 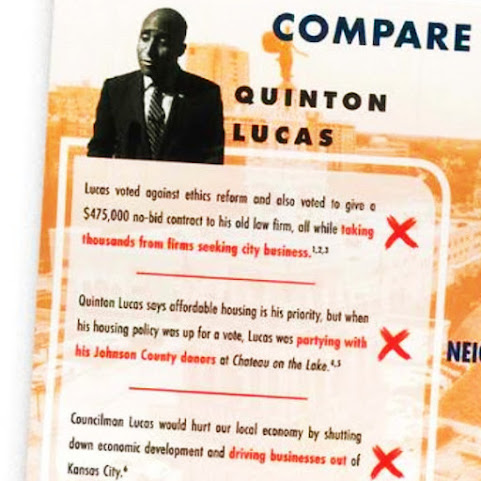 It turns out that NOBODY CARES ABOUT "HOUSING" AND KCMO SLOWLY SLOUCHING TOWARD SOCIALISM despite the MSM falling for local activist politicking previously.

In an interesting development, the council lady competing for mayor took the bait and offered an apology. 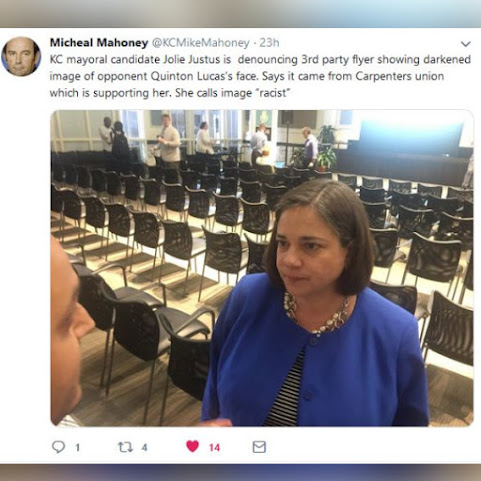 IS THE CRITICISM OF QUINTON LUCAS RACIST OR IS HE BEING A CRYBABY?!?

Maybe that question is too harsh but the 2019 election cycle has been almost unbearably boring and genteel -- This level of politeness will never last and hasn't provided our future mayor with a glimpse of how rough KC politics can get as a recession looms and the local building boom is just about over.

Nevertheless, and just for #TBT, there is, in fact, a correlation betwixt the complaints of Quinton Lucas and a milestone in American pop culture . . .

In response to the barrage of criticism about Time magazine's cover portrait of O. J. Simpson in the current issue, James R. Gaines, managing editor, posted an electronic message on a computer bulletin board on Wednesday stating that "no racial implication was intended, by Time or by the artist."

The cover portrait of a blurry, darkened and unshaven Mr. Simpson is actually a doctored version of a photograph made by the Los Angeles Police Department. Mr. Gaines's message said that the police photo had been given to an artist who was asked to interpret it. The credit line, printed at the bottom of page 3 of the magazine, said, "Photo-Illustration for Time by Matt Mahurin."

The cover has been criticized and discussed in newspapers and on television as well as in dozens of electronic messages on America Online. America Online, a national bulletin board with 800,000 subscribers, carries an electronic version of Time magazine. Accusation of Racism

Some critics said that by darkening the photo of Mr. Simpson's face Time gave him a more sinister appearance and was thus guilty of racism. Other critics said the magazine had displayed poor editorial judgment.

Forgive our comparison but just as this media ruckus seemed to foreshadow a not guilty verdict for O.J., the current campaign photo debate might offer a preview of a victory for Quinton Lucas as Jolie Justus seems far too timid and unskilled to effectively counteract racially charged rhetoric that has now been ingrained within the American lexicon.

Maybe not racist but REALLY dumb.

Any criticism of Quinton is racist. Get used to it. Any tough questions or a lack of support means that you love the KKK. That's a great slogan. He should try it.

I was going to say, this is why I'll write in clay chasain. But it's probably smarter just to move to Leawood, I hear it's nice.

SLie and JoLie have one thing in common and it is in their name: Lie.

11:21 just shut up, it’s not racist no matter what you or anybody else thinks, quit being an effing crybaby.

identity politics lead to the decline of culture and society

So what?
Every photograph of Jolie Justus taken in the past twenty years has been airbrushed to make her look like a fat slovenly bitch, hasn't it?

This should be the very thing that will mobilizes the 3rd and 5th district African American voter to come out in force to vote for Quintin Lucus. Justice will not be a good mayor for people of color in KCMO.

It’s what he looks like when he’s drunk and in the gay bars looking for something to suck down so.......

Jolie is desperate, so she is going to try any smear. Jolie Justus and Jesse Helms employ the same campaign tactics. Is she a democrat?

Just like Quinton Lucas said, his own claims of racism are "B.S." The photo on the mail doesn't look darkened at all. Crazy how he doesn't have anything to say about all the legitimate points made against him on it.

Much ado about nothing.

What is racist is all the affirmative action money that Quinton has mooched off the government ever since he was born. Now he wants to set himself up for life at the taxpayers expense. No thank you, I’ll vote for the fat, dumb lesbian.

Neither side of this debate matters. People become distracted by the headline but the real information gained is the reaction to it.

Quinton took this to Jolie and confronted her. Jolie backed down and apologized. She is not up for this fight. THAT is all you need to know. The subject at hand is irrelevant. Quinton wins yet again.

I smell Jeff Rowe behind this.

Of course it's racist. They took an unflattering photo (probably a screen grab where Lucas was in the middle of looking away from the camera towards his notes) and doctored it to make it even more unflattering. They not only darkened it but turned it from color to a more "ominous" black and white.

Bottom line: they took a photo of an accomplished, articulate Ivy League law school graduate – one of the brightest people to serve on our City Council – and consciously made him look as if he were a befuddled extra from an old Amos and Andy episode. (By the way, other third-party supporters of Ms. Justus have also sent out negative attacks using language that is equally misleading – but they had the decency to use the accurate photograph of Mr. Lucas that is easily available from his literature or website.)

Over the years I have had occasion to consult on a number of political campaigns. Often, that has involved "comparative" pieces pointing out the differing positions or qualifications of the candidates. It never occurred to me – and it should never occur to any decent person involved in our democratic process – to use demeaning caricatures or doctored photographs.

This is not "regrettable". Nor is it "unfortunate". The correct term for what was done is "reprehensible".

Really hilarious to see Phil Cardarella has an opinion on this. But if anyone would know about "reprehensible" in politics it would be the guy who was charged with mortgage fraud and wire fraud by the FBI with his wife while she was in office.

Is Phil Cardarella the most shameless piece of shit in the metro? Sure smells like it from here.

Now the muckraking starts, out of the swamp.

People are running away from JJ and rightfully so. Stay the course Q, you got this going away !!

Phil I always read your comments and respect ur opinions on this blog, but I have to ask. Have you ever used the adjective"articulate" to describe a person who was not an african American? Thanks,
-radish

Do you not remember the acquittal by a jury of his peers? What do you got against the 7th amendment, comminist? (To comment at 3:10).
-radish

Phil, no disrespect, but you're gonna wear the word 'reprehensible' out, and all of its synonyms, if you set out to describe this civic clown show called a government.

-radish, Did he mention anything other than he was charged?

Get used to it. If Lucas wins, we'll be seeing and hearing the word "racist" every time anybody criticizes or disagrees with him.

Lettuce, do you think someone's guilty just because the cops or a prosecutor say they're guilty?

Do juries or judges have anything to do with it?

So if blacks find a “darkened” photo offensive or racist, what about the blacks that are naturally really double-dipped dark? Are they considered more “ominous” and “sinister” because they’re darker than the average negro? Stupidest argument I’ve ever heard, but just when you think blacks can’t lower the bar any lower, surprise!

its fucking racist in the 1920's and it's racist today.

You all are a bunch of dumb f#$#% racist garbage