COUPLE NEAR DEATH AFTER DOUBLE SHOOTING AMID RAMPANT GUNFIRE THROUGHOUT KANSAS CITY TONIGHT!!! 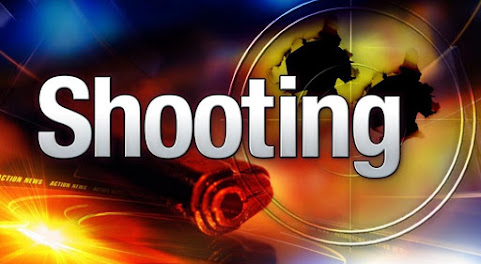 The quotient of violence continues to ramp up across the metro and this evening late Springtime love didn't stand up to local bullets targeting residents.

Check the story as one of the victims was shot inside the home and one was shot outside the home. A suspect is not yet in custody . . .

Kansas City police are investigating a double shooting Tuesday evening on the city's south side.Police officers were called about 7:20 p.m. to the 7800 block of East 118th Terrace on a reported shooting.Authorities said a man and woman were shot. One victim has a life-threatening injury.

KANSAS CITY, Mo. - Three people were injured in two separate shootings Tuesday night in Kansas City, Missouri, according to police. A male and a female were shot in the 7800 block of East 118th Terrace, police said. One person had critical injuries, while the other person's injuries were not life-threatening.

They just can't help themselves.

And the mayor and his soon to be replacement go unscathed, how Ironic!

Baltimore has 133 homicides and this is the best out hood rats can do. We are getting smoked by Baltimore.

The koloreds ruin everything, time to send them back to Africa where they can throw spears at each other, rape monkeys and just leave the rest of civilized society alone.

It getting the point that unless the victims are not black it isn't news.

Surprising that you can't hear the gunfire in the background of "mayoral debate" tonight.
As the two clown candidates, neither of who has even tried to address the issue, make believe they're interested in making public safety a top issue if they win.
Semiconscious ignorance.
A worthy start for yet another dismal KCMO mayoral administration.