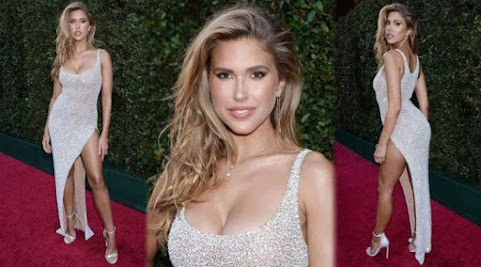 First, a glimpse at hottie pop culture news good life that offers just a bit of enticement and then an exorbitant bill . . .

Excitement and support for soccer in Kansas City could be part of the draw for the city host the World Cup games in 2026. Kansas City is already a finalist.

KANSAS CITY, MO (KCTV) - Police were asking for the public's assistance in locating a missing emotional support dog in the Northland. Abby the dog was apparently taken from the victim's back yard located in the 3500 block of NE 53rd Street on June 5 at 1 p.m.

KANSAS CITY, Mo. - Tallgrass Creek Retirement Home in Overland Park, Kansas, is home to about 500 people. One of those people, Karen Cox, hosts a talks show that only airs on the Tallgrass campus. When 41 Action News Today anchors Lindsay Shively and Taylor Hemness heard about it, they had to go check it out.


A conversation with gonzo illustrator Ralph Steadman, whose new retrospective lives at the Kansas City Public Library all summer long

The Ralph Steadman Art Collection In the summer of 1970, the Welsh cartoonist Ralph Steadman and the Kentucky-raised journalist Hunter S. Thompson pioneered a new style of reporting with The Kentucky Derby Is Decadent and Depraved .


Observations, notes and videos from day one of Chiefs mandatory minicamp

Tuesday marked the first day of 2019 mandatory minicamp for the Kansas City Chiefs . Six tryout players were in attendance, Chris Jones was not there ( much more on that), and Anthony Hitchens provided us with some good clues as to what to expect on defense in 2019.


Dance Your Heart Out

Saturday, June 8, 2019 was the 10th Annual Brian M. Anselmo Foundation "Dine and Dance With the Stars held at the Overland Park Convention Center. 1200 folks got to see pros from Dancing With the Stars judge local couples who danced to raise funds for the charity. Over $500,000 was raised that evening.


This entirely barricaded neighborhood that require a metal detector and bag search in order to enter. from r/ABoringDystopia

"Emotional Support Dog" is such a cumbersome term, can we just use "Familiar"?

End Discrimination - join us in our demand for equal treatment for our "Emotional Support Handguns"!

Quinton Lucas is winning the debate tonight even though part of this is full of shit.

Westport has run its time out, sorry Kellys its time to let it go. A million things have existed in time, sometimes it ends up in the history book or on Wiki. Westport needs to go away and make room for more KCMMO slumlord apartments, Millenials need to get on the Demon-crat wagon and chill on the drinking and grow the fuck up for once.

^^^^ Good comment. Closer to the truth than most. KC needs to find a few party spot. Westport is finished.

Thanks for sharing this post I'm very intersted in this topic. Vets in bundaberg With all the advantages pets can supply their house owners and associates, what's stopping you adopting a furry pal into your private home?