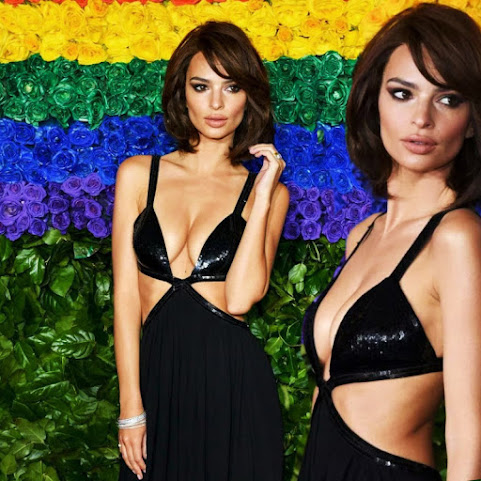 QZ: This is what Instagram thinks it knows about you

Closer to home, these news links start our morning:

This year the Shakespeare Festival is performing "Shakespeare in Love."

Wayside Waifs is hoping 11 cats found at an abandoned house in Belton will find homes at area barns.The adoption fees are waived as long as the cats have a job to do.Larry the cat does not mind doing the dirty work.

GALLATIN, MO (KCTV) -- You've probably heard about pit bull bans, but do you know exactly how they work? KCTV5 News recently heard from a family who says their dogs were wrongly identified and then seized. They were told to get dog DNA tests to prove the animals were not pit bulls.

Will Prez Trump Save Kansas???

Governor Laura Kelly sent a request to President Donald Trump on Monday asking for a major presidential declaration for the public assistance program for 63 counties in Kansas due to record rainfall and severe weather. The weather that began April 28 and continued through May caused flash flooding and numerous tornadoes.


How to Start a Medical Marijuana Business in Missouri

After Missouri voters enacted Amendment 2 last November-which legalized medical marijuana-the state's health department took public input from patients, medical professionals, entrepreneurs, and industry professionals about how to structure the new system. But the department doesn't seem to have equity in mind when it comes to granting cannabis business licenses.

The first 10,000 fans can score a cool home-grown t-shirt with the Royals iconic crowned R logo courtesy of Planet Fitness.

KCTV5 story on bit bull app: It is understandable the owner could not afford the test.

TV 5 should have conducted the DNA test on the two confiscated dogs to help determine the accuracy of the app.

As it stands, the story is (as usual) incomplete.

I love how pit Owner's immediately start equivocating. But, but, but, they aren't pitbulls, they're uh, uhhh, labs, yeah, labs and a bull mastiff, or I don't know. Jeez. You're worried about affording a DNA test to get your pit back but you have babies in the home? I mean to tell you, ya can't fix stupid. I've literally never met an educated, intelligent, or respectful pit Owner. To a tee, they are: PWT (like in story), ghetto thugs, supremely stupid, wanna bes. Nothing else. I don't mind dogs, but that breed needs to be eradicated.