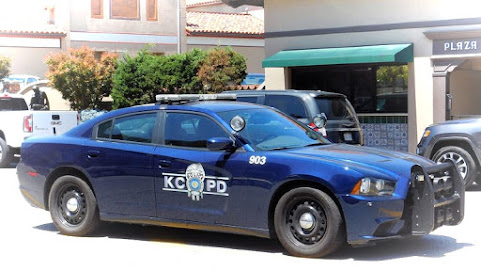 A recent campaign note reveals that candidates don't know much about the history of Kansas City.

There are 1,354 sworn members in the department. While KCPD Chief Rick Smith may not have a magic number, he does have a wish list.

“I know I'd like to have neighborhood officers for every sector in the city," says Smith. "That's about 38 more officers just to do kind of neighborhood policing, quality of life issues.”

After some more thought, Smith says 150 more officers would be good.

Credit where it's due, the current Chief knows the score even if political contenders don't.

TKC TOLD YOU SO!!! IN 1968 THE KCPD SHARED A MANPOWER GOAL OF 1500 OFFICERS BUT CITY HALL HAS FAILED TO ACHIEVE AND MAINTAIN THAT NUMBER!!!

And so a "magic number" does, in fact, exist but is opposed by quite a few political denizens who complain against to much spending on public safety.

No money! Need money for toy train, and TIFs for developers drain so much tax revenue there is nothing left for cops. Reparations would surely fix violence problems. That and affordable housing. I propose raising the Earnings Tax to 5%. Then enough money for fat revs and pothole (temporary) repair.

Kansas City passed the 1/2 per cent earnings tax in 1964 to fund for more police and 1/2 cent increase in 1974 for trash pickup. The City deserves a failing grade for both public services. Time for the regressive earnings tax to go.

",,,complain against to much spending on public safety."

What do they imagine is more important?

Mayoral Candidates always make promises they don't keep it's how the game is played anymore.

WTF are you even saying Funkhouser, like you ever pay any taxes around here.

WE DO NOT NEED MORE POLICE! Truth be known, the majority of the peace in the city is maintained by security officers. KCPD don't need the community officers the Chief is asking for he already has them! Their called Sergeants and Captains. They need to be in the neighborhoods meeting people and directing police resources where they are most needed. KCPD need to free up officers from going on non-violent calls. They should not be taking accident reports unless their is an injury or DWI, they should not be sending two officers with every ambulance call, most reports can be walk in or over the internet like property damage or stealing. Every officer needs the power of arrest and not have to call a detective to be allowed to arrest someone. Every officer should be made to do their own investigations of basic crimes and stop relying on detectives to do everything. I can hgo on and on but the point is this. Change starts from within KCPD.

KCPD is way too top heavy. They cut from the bottom, never the top. The budget is consumed by too many commanders making $100k/yr, take home car, and minimal responsibilities. Sad but true. Needs internal admin reform

sLIE hates the police because they arrested his son multiple times and some of his drug dealing family, since he’s been on the police board things have taken a dramatic turn for the worse, sLIE is a petulant crybaby s.o.b.

I guess somebody's evil white KKK friend needs a job so they can purge. If you want to put more police on the street then shut the fu@# up about potholes, trash, and all other city service problem because all your damn money will go to police officers, their pension and their overtime salary. The police already receive 75% of our general fund, any more money will come from other departments and city services.

^^^ “evil white kkk friend” maybe you need to purge, the kkk doesn’t exist in killa shitty dummy. When was the last time you saw them wearing those white hats and protesting? Never. Not in my lifetime living here.

What is really needed is for the folks in the black community to help the cops by telling what they know. As long as they refuse to take their civil responsibility seriously, no excuses about too few cops hold water.

Why is it my duty to rat out someone? Go to
Court and finger them in at the defense table? In front of their family and friends? Just so I can be killed? Independence Police just had a witness killed by a suspect out on bond. FOH