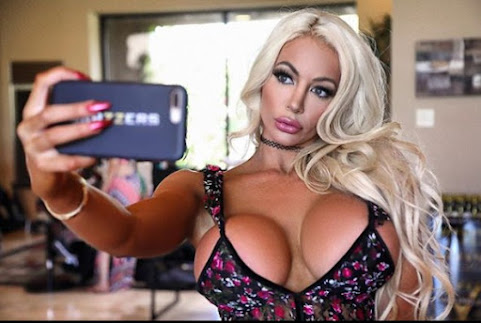 Just a bit of proof:

KANSAS CITY, MO (KCTV) -- It's almost July and potholes are still hanging around. KCTV5 started reporting about treacherous road conditions back in January. Now, the weather has changed drastically, but we're still reporting on potholes. Nathan Vickers spoke to one man in Waldo who thought of an unusual way to draw attention to the problems on his street.

Leading the new LaunchKC Health Accelerator is Don Peterson's way of giving back to a community that opened its arms to his family nearly 30 years ago, he said.

KANSAS CITY, Mo. - A sick call Friday morning disrupted the plans of more than two dozen bus passengers traveling through Kansas City the weekend before the Fourth of July holiday. "Last night, I slept on the hard concrete floor - I was so tired," Richard Medina, one of the affected bus passengers, told 41 Action news.

KANSAS CITY, Mo. - How do gorilla's beat the heat? The same way you did as a kid. Masika, the 4-year-old gorilla, is cooling off with a refreshing sprinkle of water in a Facebook post by the Kansas City Zoo.

For a contemplative look at humanity through an anthropological lens, two new exhibitions at Sherry Leedy Contemporary Art are rich fodder for imagination and introspection. "Mid-Century Modern," by John Ferry, and "Animal Show," by Nora Othic, offer vigorous and adroit renditions of our efforts to consummate our species' insatiable yearning for self-expression through form and function.

It's time to set InnovateHER KC on the path to long-term growth, said Lauren Conaway, announcing her plans to leave the Kansas City Startup Foundation in early July to lead the womxn-focused startup full-time. "InnovateHER KC's No. 1 priority right now is building out our community with intention," said Conaway, founder of InnovateHER KC and director of operations for KCSF.

Hide Transcript Show Transcript 35 MINUTES WHEN IT COMES THROUGH THAT IS PROBABLY THE BIGGEST RAIN SHOWER THAT I CAN SHOW YOU RIGHT NOW. OUR TEMPERATURES ARE IN THE LOW 80S AND KANSAS CITY LIBERTY BECAUSE OF THE CLOUDS YOUR COOL DOWN TO 77. IT'S 79 IN SHAWNEE AND 80 IN PLATTE CITY.

She really is something special. One of KC's best and her comeback story after so much local hate is very encouraging for women who want to make a career instead of sit around and complaint. Good for her!


Birthday party for a pot hole? Now that's funny! Think about how many candles and pieces of cake would be around the city if everyone did that?

But your gonna have to serve somebody

Katie am sit on my face anytime. Looks great everyday. Then Lauren can watch.please make my dream come true.

The Gorillas In The Mist video was so cute. It reminded me of when Niggers were allowed to play and shit in the fountains at Crown Center. Memories.

Come and experience the renaissance!

I prefer Katie Horner to the other weather readers.