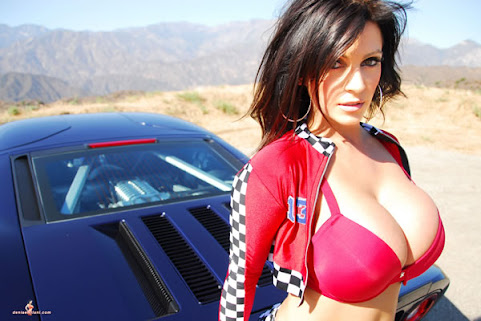 With respect to hottie Denise, under the hood of the new favorite social media app. Turns out Instagram isn't all that witty -- Which is probably too much to ask for any social media app dedicated to rolling over the populace into an army of online marketers.

Meanwhile, we roll through Saturday news links that are mostly related to traffic. Take a look:

Kansas City, KS (KCTV) - Police are investigating after one person was killed in a crash that involved two semi trucks. At about midnight, police were called to 59th and Kaw Dr. on the accident. The semi was hauling a concrete beam going northbound on 59th St.


Storm-chasing tour had a 'very unfortunate incident' with a Kansas tornado. No one saw it coming.

May 31 In the wake of a devastating EF-4 tornado Tuesday that tore through the western suburbs of Kansas City, a tour company got an unwelcome surprise. Silver Lining Tours, founded and operated by Roger Hill and his wife, Caryn, released a statement Wednesday describing a "very unfortunate incident."

Would you like to receive local news notifications on your desktop?

KANSAS CITY, Mo. -- A motorcyclist is dead after a crash on the Grandview Triangle on June 1. Police are investigating the single-fatality accident, according to a Missouri State Highway Patrol Twitter post at 3:48 p.m. The motorcyclist was on the southbound I-435 ramp going onto southbound I-49/eastbound I-470 when the crash happened.


NFL MVP Patrick Mahomes thinks he could possibly make a 100-yard throw, but only in one city

If we learned one thing about Patrick Mahomes during his first full season as a starting quarterback last year, it's that he has an absolute cannon for an arm. During the preseason, Mahomes showed off that cannon when he threw a 69-yard touchdown pass to Tyreek Hill that traveled an estimated 68.6 yards through the air.


Authorities close multiple roads in Platte County due to flooding

PLATTE COUNTY, MO (KCTV) - The authorities have closed numerous roads in Platte County due to flooding, including 92 Highway west of Tracy. They said they are also monitoring the highway east of Tracy because it is partially covered and could also need to be closed.

Royals Still On Road To Nowhere


Joey Gallo hit another home run and you'll never guess what happened next!

Baseball is a weird sport. Not because of the result of this game. The Royals lost 6-2 and that was pretty predictable. But I'm old enough to remember when Joey Gallo was a mediocre third-baseman. Now, suddenly, he's an above average centerfielder. And man, he's walking in nearly 20% of his plate appearances.

denise had an abortion, tony.

Mahomes also added that the throw would have to be with a wet nerf ball.

I stole that joke from Brody Stevens, RIP.

Why hasn't zero personality, can't hit the ball, Gordo saved them for their fate?

TOP PHOTO -- EVERY WHICH WAY AND LOOSE

When Denise came into the garage complaining that she kept losing control of her rear-end, I assured her that she'd come to the right mechanic!!!