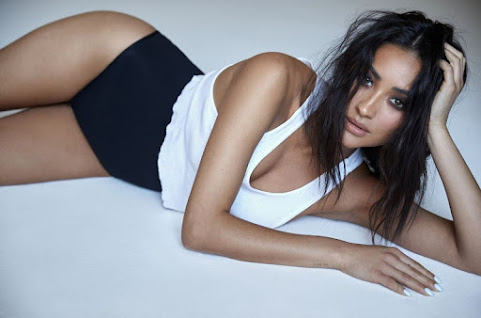 Right now we offer a peek at celeb hotness and lady rights that dominate our pop culture discourse . . .

T&L : Shay Mitchell Just Designed a Suitcase That'll Tell You If Your Luggage Is Over the Weight Limit

CNN Biz: Women across Switzerland are on strike. They're protesting the gender pay gap

Scientists Hate This Cowtown But The Money Is Good

Kmbc 9 is learning more about how Kansas City was able to win the bid for two USDA headquarters. We spoke with some of the people responsible for promoting KC, who helped the city beat out 136 submissions from 35 states.As an agricultural hub in the heart of America, Kansas City wasn't a tough sell to USDA officials.

Kansas City decision makers are welcoming advocates of a rainbow crosswalk to walk the line and make their passions known - so long as they're willing to get creative.

KANSAS CITY, Mo. - Following weeks of high water and flooding along the Missouri River, parts of the Waterwell Athletic Complex remained under water on Thursday as players and teams were forced to play at other fields. So far this season, around 400 games have been rained out at the site near Briarcliff.


Neighbors in KC, Independence may soon get clean-up rights for abandoned homes

KANSAS CITY, Mo. -- Neighbors may soon be able to clean up blighted properties without having to worry about legal consequences. Neighborhood groups are eager to take action. In many Kansas City neighborhoods there are properties that are a constant source of complaints, and there are neighbors willing to take it upon themselves to do something about it.

KANSAS CITY, Kan. - Kansas City, Kansas, police officers teamed up with a local HVAC company to do something special for a veteran, demonstrating what community policing is all about. Harold Tjaden, a 90-year-old U.S. Navy vet, lost his wife of 66 years about eight months ago.

Politics Across The Bridge


A Ride-Along with KC's Mayoral Candidates in the Northland

Kansas City mayoral candidates Quinton Lucas and Jolie Justus tour through the Chaumiere neighborhood in the Northland to see first-hand the issues residents care about and share what they plan to do. This year's municipal elections in Kansas City, Missouri, promise sweeping political changes in the metropolitan area's largest city.

Taxes will cost people their homes, murder rate increasing, drug abuse and STAr's...quit worrying, and spending money on, stray cats and dogs. Gas them as soon as they are found!

Chaumiere isn't in the Fourth District, why didn't Jolie drag her ass over to the part of the Northland that IS in her District for the first time and get an earful of the complaints her own constituents have?

The "one-in-five" Fourth District residents north of the River have only had ONE Councilmember representing them for four years, Katherine Shields.

Jolie Justice and her staff have ignored the "Orphans Of The North" constantly. And trust me, there ARE unaddressed problems in that part of the Fourth District that was ILLEGALLY (violation of redistricting rules requiring contiguous connection) grafted onto the Fourth District in order to exclude African Americans from the Fourth (i.e. Hyde Park and Ward Parkway).

@6:57 so now you're telling us you've named your hand "Shay Mitchell"?

Your mouth has had more dick that Kim Kardashian has.

Always amazing when elections roll around and candidates "discover" that the city is made up of neighborhoods.

is being an unpaid care worker is a response to a well advertised lifestyle choice, that often ends in divorce?