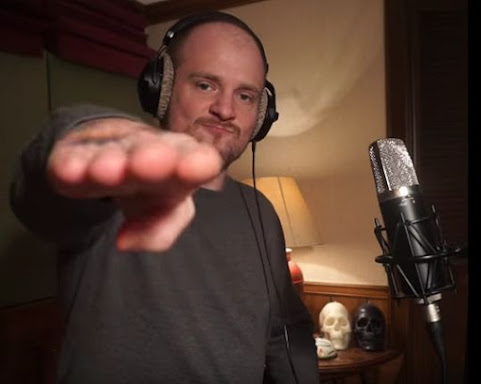 We covered Mac's comeback and so the follow-up response deserves a look in fairness . . .

Here's Tom MacDonald's critique against one the most commercially successful rappers Kansas City has ever produced:

Older and out of the loop locals might not think this one is a big deal BUT so far the rap battle has garnered MILLIONS OF VIEWS across the Internets and puts a local at the apex of the white-rap genre right now.

Is the Canadian winning against the Kansas City homegrown hip-hop artist???

Tattoos on faces has to be the stupidest thing an idiot could do.

You want to see another white rapper? Check out lil windex for a good laugh.

Drugs do shit like this to people, it shouldn't be a surprise. A white guy shoots up some bad shit that fries his brain who was born white but after taking in the vein juice thinks he is black and a badass Compton Gangster. And a "hug" tatoo under his lower lip...hmmm must be hugging some cock with those lips, but thats how it rolls in the tatoo and music industry after you have cooked your brain. Rap battles for me need to be done by black people, thats their culture and those that are good at it make millions. This punk looks like the kid that wanted to kill his parents but instead of doing that fucked his brother in the ass and after gave him a "hug". JS

Who cares, they both suck as rappers. It's a suburban slap fight. The emo kid vs. the kid who says he does karate.

ok, I listened to them both. Mac is a better rapper.