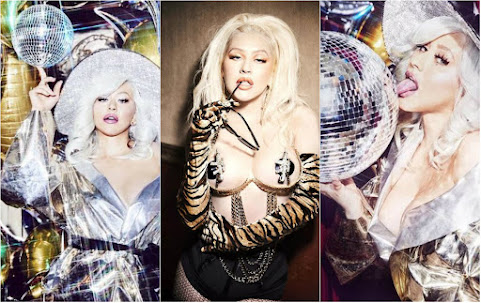 X-tina is now an old school hottie and her recent adventures inspire a glimpse at #TBT pop culture . . .

Closer to home, here are the most important news links we're checking tonight . . .

KANSAS CITY, Mo. - The Kansas City mayoral race is heading into the final stretch between Councilman Quinton Lucas and Councilwoman Jolie Justus. There are several issues that matter to Kansas City voters, and 41 Action News narrowed them down to five: public safety, roads, housing, the Troost Avenue divide and development.


Truman Library And Museum Closing For A Yearlong, $25 Million Expansion And Renovation

The Harry S. Truman Library and Museum in Independence will shut its doors on July 23 and remain closed for approximately one year while it undergoes a multimillion-dollar expansion and renovation. Its last day open to the public will be July 22.

KANSAS CITY, Mo. - Hickman Mills C-1 School District will be offering free breakfast, lunch and supper during the summer. Nutrition Services Director Grennan Sims said it's a big need for this district. "During the school year, we serve about 10,000 meals a day, but our kids are still hungry in the summer.

GARNETT, KS (KCTV) -- President Donald Trump has thrilled corn farmers with the news that consumers can buy E-15 gasoline, or gasoline with 15% ethanol all year long. While the announcement may have farmers pleased, we wanted to know how big of a benefit it is to drivers.

Editor's note: KCultivators is a lighthearted profile series to highlight people who are meaningfully enriching Kansas City's entrepreneurial ecosystem. The KCultivator Series is sponsored by Plexpod , a progressive coworking platform offering next generation workspace for entrepreneurs, startups, and growth-stage companies of all sizes.

Temperatures will fall back to about 60 degrees tonight. Showers are possible mid-morning Friday and then possibly in the evening.


The black people on the east side of Troost stay there because they want to and they have wondered over into Hyde Park so what's with this racial divide bit? If a white person goes east of Troost they will gang you I've seen it and had it happen to me and others. It's obvious they don't want to get along and neither do we, call it whatever you want just let it rest it's an old story repeated way to many times.

Oh and did anyone notice the MAC Co has not started their project on the four corners (Troost and Armour) like they said????? Maybe because they were told to hold off until the appeals for the tax hike to be over so property owners couldn't use the construction as a tool to get their taxes reduced blaming the construction on loss of property values??????

9:32 troost divide is an excuse from the blacks, they’re using it as one of many excuses to get more free stuff. THEY DON’T WANT WHITEY IN THEIR HOODS NOT THE OTHER WAY AROUND. Idiot sjw’s make it worse because they’re stupid.

This just happened on the news tonight, some old ass black lady umkc teacher just blamed segregation for the fact that today’s koloreds are ten times more at risk of drowning than whites! I kid you not! Segregation at kc’s swimming pools ended in 1954, she actually blamed whitey for today’s kolored kids that can’t swim, freakin hilarious!

Side note, there are five outdoor and five indoor swimming pools in the hood that I garauntee white people dont or shouldn’t go to because they’re not welcome there. Unbelievable.

The Farmers aren't the only ones excited about the expansion of the use of E-15 fuel.

The decrease in MPG (lowered BTU outpit due to Ethanol) and therefore increased fuel consumption by all vehicles is giving the Oil Companies a little tingle too.