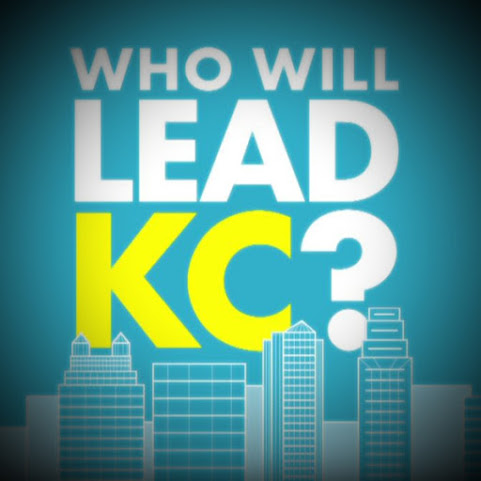 Here's a tradition among local politicos as the cast of City Hall characters changes but the broken promises remain the same. This morning we take a brief pause for a glimpse at a forum replete with posturing activists and neighborhood leaders expressing solemn regret and then a willfully ignorant hope for a solution on this tour of the broke-ass urban core.

"Focusing attention on some of the city' most distressed neighborhoods during the 2019 municipal elections. Neighborhoods like Blue Valley offer a close-up view of the issues facing large swaths of our city — and provide insights to solutions."

And now here's the seemingly endless litany of coverage on the topic as we endure GOTV door knocking . . .

Ellen Boyd, a resident of Kansas City, Missouri's, Historic Northeast area, isn't surrounded by vacant homes. But she has counted nearly two dozen of them in a nine-block stretch along the route to 27th Street and Indiana Avenue, where her son's father lives.


Quinton Lucas focused on getting out the vote for Tuesday's election

Hide Transcript Show Transcript THE JOLIE JUSTUS CAMPAIGN. LARA: WHAT'S HER APPROACH IN THESE FINAL DAYS OF THE CAMPAIGN. HALEY: IT'S BEEN A QUIET WEEK ON THE CAMPAIGN TRAIL FOR THE COUNCILWOMAN AND FORMER STATE SENATOR. SHE'S TAKING A SORT OF SLOW AND STEADY WINS THE RACE APPROACH TO GETTING VOTES.


Jolie Justus' open letter to startups: In many ways, the city has failed you - let's do better together

^^^^ Quiet geezer. Voters actually need to be informed about the issues rather than voting on what faux news tells them to. Better to have people think for themselves.

I feel like this was the best format that we've seen for all of these debates. It was about letting the candidates speak for themselves rather than making the whole thing just a showcase for a media entity. Learned more about both candidates from this one. Nick Haines helped with some very good questions. One of the best forums KC has seen so far, definitely worth a look.

those people that live in the blighted areas are 40 and 50 year olds that no longer have taxpayer paid for kids, they all grew up or are dead and now these baby mommas have no more free money coming in and no job or will to have one because of all those years of drugging, drinking and hoeing left them with nothing and no skills. They live like the trash they are. The cycle has been repeating itself for decades and as usual they want special treatment and more free money to fix their self imposed problems.

6:55 hey dummy, there is no news organizations in killa shitty that know how to ask the real questions.... because it will revert back to the violent, rapin, robbin, murderous negroe, and we cant have the truth around here because that would be racist.

No amount of money will fix the ghetto. Besides, neither of these candidates care.

Certainly neither of these two mayoral candidates will "lead" KCMO and it's hard to imagine that any of the council candidates or incumbents are going to do much of anything other than what they're told by the usual insiders and developers either.
Which once again leaves residents and small businesses to fend for themselves.
The usual hot air from the very people who have done nothing at all to even address the issues that they now claim to be so concerned about.
Streets in terrible shape, at least 140+ murders again this year, water bills increasing, property taxes rising, and all the rest of the most basic services that people who live in KCMO have every right to expect that their city government would at least try to provide.
It's sad, but true, that the single largest municipality in the area is the laughingstock of the metro.
Make that, of the region.
It never changes.

Top 10 Things the New Mayor Should Do:

1. Declare Murder Emergency! Use facial recognition like they use at protests and hire 1,000 new cops. Money comes from any Tax- financing given to developers- which is cancelled.
2. Ask for all tax advantages given to the Star. Make them back pay. They are used to losing money so what difference does it make?
3. Sell the Plaza Tennis court property. Racist since mostly white people use it.
4. Sell the Parks Dept. - Let developers make cheap housing
5. Privatize the Water Dept. KC has decades to keep infrastructure strong and waits until it’s no good. A 10-year-old. Ours do better
6. Outlaw the Earnings tax. It taxes the poor. Dems must hate the poor
7. Outlaw the KC editorial board. It has hurt the paper by draining expense dollars and alienate the readers. Help them help themselves
8. Scrap the Toy Trolley Train. How the hell do we go back to 1900 tech?
9. Make the new stadium move to Mission Hills. Brett can have a shorter commute and get the team going again. If Frank White complains- remind him to make his house payments on time.
10. Privatize the jail. Move it to within a few feet of where Frank White locates so he can keep an eye on things and make sure it’s clean.

Those lots didn't blight themselves. The goal should be to find and prosecute the people who use residential lots as their own dumping grounds.

Be quiet younger and dumber. Voters actually know the issues. Not having enough bike lanes isn’t the problem in KC.

It must be obvious that KCMO is not only fatally beyond bankruptcy, but that it has also reached the stage of diminishing returns from over-investment in so called urban development that translates into generalized incompetency. It’s hardly just Sly James alone that is responsible for the chaotic paralysis all around us.

Nobody has lead KC the last 8 years and look at the overall state of things. The two ass clowns who think they are running for Mayor all played a huge role in the negativity that has taken place the last 8 years. The only thing positively go up in KC is the crime rates committed by blacks, your taxes and more demands for more slush fund money.

Get your facts straight 8:00, The Plaza Tennis courts can't be sold they belong to the parks dept and have a very special clause that goes with any sale of it that might take place. Very few blacks play tennis due to the game requiring you to get up off your butt and having to do some real exercising kind of shit to play the game. Most blacks way to lazy for that sort of thing.

“can't be sold they belong to the parks dept and have a very special clause that goes with any sale of it that might take place.“

What is it then, it can’t be sold or it can with a special clause? Maybe you should get your facts straight first.