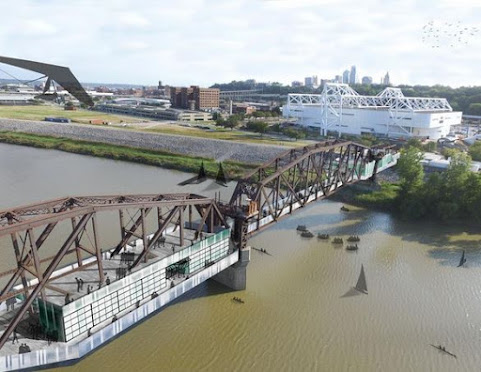 MSM in this cowtown loves touting grand plans for ANYTHING named "Rock Island" that never seems to materialize.

The latest bit of hype fed to the public are cutesy drawings of a restaurant on a bridge that's unlikely for anybody who has ever smelled the river at high tide during the Summer. 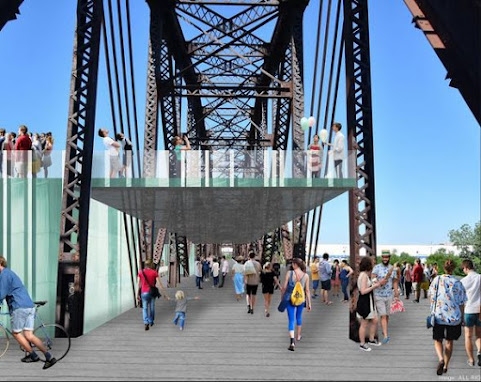 RIGHT NOW THIS PART OF TOWN IS HOBO CENTRAL AND ANY PUBLIC ACCESS WOULD BE INUNDATED WITH SOME OF THE MEANEST DERELICTS WHO WALK KANSAS CITY STREETS!!!

Just a few blocks away, last year, there was a brutal "pimp cane" beat down that claimed the life of some poor lady.

There are hobo camps scattered throughout the era and surrounding woods and nearby railroad traffic has always provided cover for these not-so-lovable and often dangerous scamps. 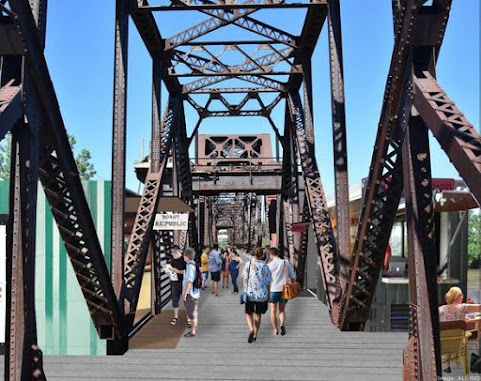 Sadly, when it comes to developer hype and sketchy schemes backed by taxpayers, local news hasn't found a way to raise questions but instead plays promoter for every dumb idea touted by the civic elite. 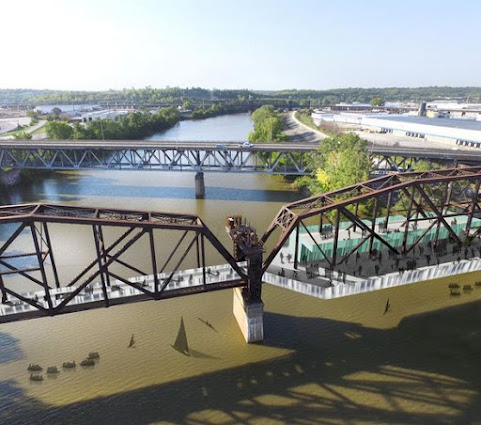 We got the momentum! The Big Shitty!

And it will take only a few tens of millions of tax dollars to accomplish.
And KCMO can easily borrow that, just like pretty much everything else has been funded on thin air and future promises.
We're the "arts bridge" capital of the country!
Somebody call the New York Times!!

TOP PHOTO -- A BRIDGE TOO FAR

In hindsight, it was clear that restaurant developers had neglected to consider the smell, mosquitoes, and obese residents unwillingness to walk more than a few feet!!!

Sounds like a lot of fun in the winter time.

Well, it’s easy to dispose of bodies off the bridge when the shootings over!

^^You watch too much TV geezer.

I don't see all the feral hood rats running around robbing and raping people in this photo.

kcmo owns he bridge that extends into Kansas. it goes NOWHERE.

Waste of money. No thank you.

Make Sly and Troy live there