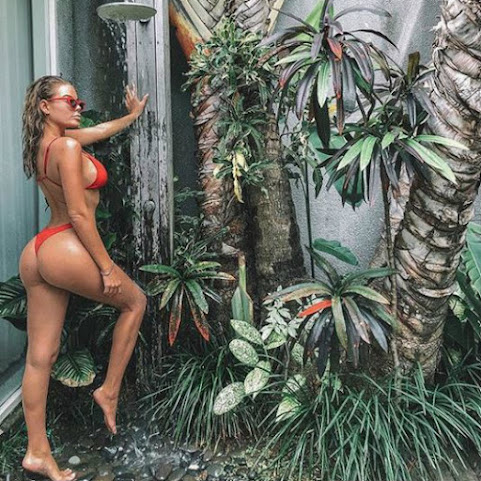 Quick pro-tip that readers can take or leave: Caring for plants is a small way to move toward becoming a better person. During Summer it's exceptionally rewarding. It's also plausible that talking nicely to plants helps them grow AND, best of all, they don't talk back!!!

Here's how to get started:

Treehugger: How to water houseplants correctly

Harper's: These are officially the 10 most Instagrammable house plants


McDonald's Debuted A "Kansas City Burger" In The U.K. And Kansas City Is Pissed

McDonald's U.K. debuted its "Kansas City Stack" burger earlier this week, and people that are actually from Kansas City are now wondering WTF they were thinking. The brand tweeted out its latest menu launch, writing, "Yee-haw." ...yee-haw? The double bacon cheeseburger, which features a "smokey steakhouse sauce," is available on menus until June 25.

Have You Seen Her???

The Independence Police Department is seeking the public's help in locating missing 22-year-old Brandy R. Furr.Furr is 5-foot-4 with brown eyes and brown hair. Police said she was last seen on June 17 at her grandmother's home in the 22800 block of 42nd Terrace South.


'Gustnado': What was that crazy little tornado-like cloud Friday morning?

Many of us woke up to scenes like this one above: low hanging shelf clouds ominously moving across the metro. The wind picked up, followed by heavy rain and very frequent lightning. Severe Thunderstorm Warnings were issued multiple times for different counties.

Kansas Wheat Update Just To Give TKC A Sense Of Place

MANHATTAN, KS (AP) - Heavy rains and flooding that inundated Kansas in May and early June are slowing down the state's wheat harvest. The Wichita Eagle reports the wheat harvest usually starts between early and mid-June and wraps up by mid-July. But the Kansas Wheat Commission says only 1% of the state's wheat crop was harvested as of Sunday.

click to enlarge Missouri's top health official says that Planned Parenthood will no longer be required to perform pelvic exams on women 72 hours before they get an abortion, which had been coupled with a second pelvic exam on the day of the procedure.

Look for mostly sunny skies Saturday, with warm and humid conditions. The high will reach about 90 degrees. There will be a chance for strong-to-severe storms i...

People in Great Britain have no idea where Kansas City is.
In fact, people on the coasts in this country think the town is in Kansas, which is not exactly high praise.
And with folks like Sly and now Lucas, KCMO should pursue the old adage that any publicity is better than nothing.
Especially better than mentioning the homicide statistics.

^^Everyone knows that you really just hate women.

You are anything but Pro-Life.

Should have been called "The Kansas City Corruption Burger". I hope City hall caters a dinner with these burgers in celebration of it, and then choke on it, 911 is a 10 minuet hold, and hopefully no one in attendace knows the heimlich manuver. Problem solved. Comment Disclaimer - Comments made within this post is not intended to wish harm on any City Hall worker , Council Member or Mayor or any of its associates, this comment is for entertainment purposes only, onyone taking this comment out of context of its original purpose is respsonsible for their own actions.