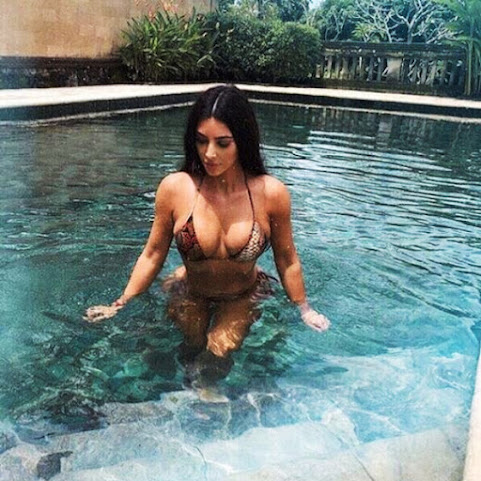 Hottie Kimmie and her pricey curvy fashion are now influencing not only pop culture but also public policy. Examples:

KANSAS CITY, Mo. - Passenger rail service between Kansas City and St. Louis will be fully restored this weekend, three weeks after flooding conditions forced a temporary suspension. The Missouri River Runner will begin operating both its morning and afternoon routes this weekend, Amtrak said in a news release Friday.


Take a peek: Industrious offers glimpse of what new Plaza coworking space could look like

Startup energy will soon take hold on Kansas City's Country Club Plaza, as Industrious - the nation's largest coworking space - prepares to set up shop in a 30,000-square-foot chunk of the historic retail and entertainment district, the company announced Thursday. "Kansas City is a dominant market in the Silicon Prairie.

The Kansas City Air Show is returning to the Charles B. Wheeler Downtown Airport this summer!Mark your calendars for July 6 and 7 for the fun-filled spectacle. The famed U.S. Navy Blue Angels are making their return to Kansas City for the first time since 2015.

Though "Secrets Revealed" was the theme for the final Classics Uncorked concert for the Kansas City Symphony this season, the idea of unlocking the mysteries of orchestral music is something of a consistent mission for this particular series and something that the orchestra and associate conductor Jason Seber are particularly skilled at achieving.

In the middle of June, Patricia MacHolmes travelled from Chicago to Kansas City for the baseball, the wine, the food and the museums - in particular, the " 30 Americans" exhibition at the Nelson-Atkins. As she walked around the exhibition on a Wednesday afternoon, MacHolmes said she was taken by how 90 pieces of art tell a story about African Americans.

Congratulations to my friend, Adrienne Walker Hoard, for leading the local consortium and bringing this show to life in KC at the Nelson.

Dr. Walker Hoard is an artist of some note, internationally--and is even an honorary tribe member of a small nation in Africa. She has chaired the Black History department at UMKC as well as taught art there. Retiring in Sept. or October to be a full time artist, a painter and jeweler and--who knows what else? A Fullbright fellow, and many photographic exhibits world wide. A truly lovely first class woman who is always kind--so should not perhaps read comments on TKC.

I also loved the comment in the article about a jazz club opening its doors....very poetic image.

Thank you Tony for posting the story. Even if it is pearls before swine for some readers here. They didn't "get" the greatness of Andy Goldsworthy's Walking Wall. Nor will they visit the Nelson to see "Thirty Americans".

KC has a growing group of global thinkers. Here? Not so much. But where else would I comment. The STAR blocks comments. A one way street there.

Only time I go to the Nelson is when they throw a beer bash to try and draw some crowds.

Hey if anyone wants to buy our house for what the city says it's now worth bring cash!

The Nelson exhibit will fail just like the Swope Park open spaces.

"Patricia MacHolmes travelled from Chicago to Kansas City for the baseball, the wine, the food and the museums - in particular, the " 30 Americans" exhibition at the Nelson-Atkins. As she walked around the exhibition on a Wednesday afternoon, MacHolmes said she was taken by how 90 pieces of art tell a story about African Americans."

Yeah, she wasn't the ONLY ONE TAKEN. KC TAXPAYERS WERE TAKEN TOO. TAKEN TO THE CLEANERS.

Not interested in Black History. Sorry, not sorry. Go bore someone else with how enlightened you are.

2019 and we're still doing monster truck shows?
Sweet Jesus folks, clean the skidmarks out of your undies and maybe think about evolving.

Sorry Tracy, it's "Art", and has no more relevance to Reality than Kim Kardashian has.

Just more of the Myth Of Spirituality", that we use to try to hide the fact that we're all just a pack if gibbering monkeys inside.

Oh Smiling Jack,
There you are, up early on a Saturday, being right and judging everyone oh so early.
Do you ever tire of your righteous cynicism? I have sympathy for those around you.

If spirituality is a myth, and art is pointless, then billions of people AT LEAST will enjoy this day.

What will you do? Bitch and complain and smoke your pipe?

Maybe consider strolling through the Nelson. It's free. See if you can find one thing to relate to. Or--(gulp, swing for the fences), praise.

I'll be in the garden, quieting my "monkey brain".

Oh Tracy, I go to the Nelson frequently, dashing rapidly through the Butler Building to get to "The Right Stuff".

Good Eats, and History all in one place, and quite uncluttered since they've moved all the 1960s "CrapArt" and the endless repetitions/variations/copies thereof out.

The only "Art" past 1960 was Infinity Boxes, darlin', and they don't fit into the Pseudo-Zeitgeist that the "Art World" has going on!

Sorry if you find my comments to be a downer, but as I've said here before, I was given a choice early in life, so be either an Optimist or a Realist.

7:13 the outback is private property.