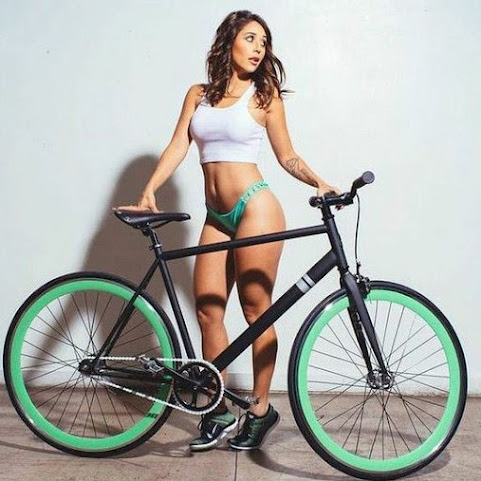 A cyclist crash today has inspired a torrent of conversation with a public policy subtext that could prove costly for local taxpayers.

First, for those who haven't seen it yet, there was a very sizeable emergency response for a cyclist hit by a car earlier today: 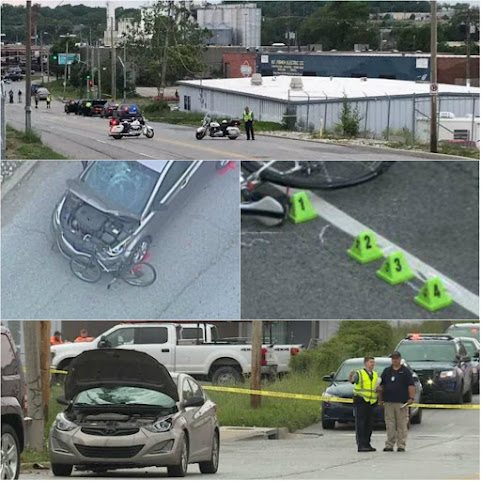 KCTV5: Bicyclist sustains life-threatening injuries after hit by a car

Fox4: Bicyclist in critical condition after being hit by car near 31st and Roanoke

Now the undercurrent of the conversation is focused on danger for local cyclists along with a push for Council to approve the Kansas City Bike Plan that died in committee, just as we predicted, earlier last moth. 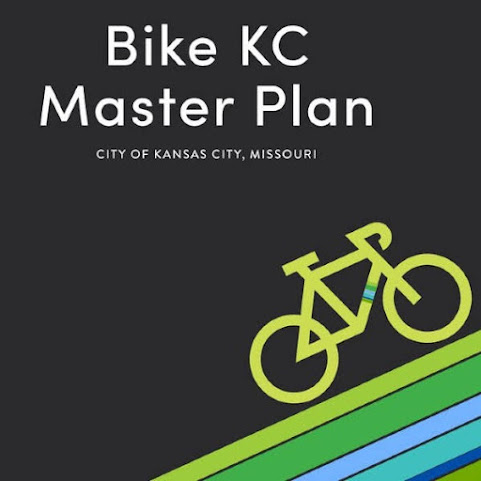 Advocacy for the bike plan doesn't just promise to save lives but also hopes to build an economy around car-less Kansas City.

Of course Kansas City residents have the right to express skepticism regarding any promise about money.

Let's not forget that these Bike/Walk advocates created a DISASTROUS AND DANGEROUS SITUATION ON ARMOUR BLVD that still struggles to find a fix.

And so, to offer more information and perspective on this habitual debate we ask our blog community tonight . . .

IS IT FAIR FOR BIKE/WALK ACTIVISTS TO DENOUNCE ALL KANSAS CITY DRIVERS AFTER EVERY CYCLIST CRASH IN ORDER TO PUSH THEIR PLAN THAT WOULD COST TAXPAYERS HALF A BILLION BUCKS?!?

The discussion should be about keeping people safe on KC streets. Unfortunately , politics always comes into it.


When driving down Armour last Friday I said it was a matter of time before a bad accident happened. When you drive, there is the parking lane, and then the bike lane, if a car wants to turn they can't see the bikers because of the parked cars. It's a disaster and very poor planning. Really just plain stupid!

I used to support Bike Walk before I saw what they did to Armour Blvd.

The average slob in KC can't even be bothered to watch their own waistline so I'd imagine that looking out for cyclists is a pretty low priority.

I wish KC would ride their bicycle more often, too many fatties.

Typical KC: Kill anybody weaker than you who stands in your way. And we wonder why the homicide rate is so outrageous.

Just another special interest trying to use scare tactics to get their money,I hope that voters and the council can see through this stunt.

^^^ it would be nice for voters to wise up , but probably will never happen when the current candidates for mayor want to stay in power by creating more fear and pitting one group of people against the other. That is true in D.C. and in K.C.

^^^ No new taxes for bicycles. Fix the potholes FIRST!

Cyclists are always trying to shove their hobby into everyone else.

I think all local politicians should ride to work each and every day on a pedal bike, after all most of those fat fuckers need some excercise anyway, maybe next time a bike crash occurs if a politico was the pedal bike rider, the city might actually have some hope for the future. Prayers for the innocent citizen that has life threatening injuries from todays bike crash, hopefully it was a local political who was driving under the influence that hit this citizen so we can put that politico in prison and get some justice in this town!!

Is this a joke?

36 elitist bicyclists are worth $500 million

Nobody in city government cares when 130-150 people are murdered every year in Kansas City and nothing is ever done to prevent it. Why should the city care if another 50-100 bicyclists or pedestrians get smoked by cars?

Armour BLVD is a mess. I drove through there last week.

Is this part of AOC's New Green Deal? What a cluster fuck.

The faggot bike advocates are only hurting their cause with their ridiculous economic impact analysis.

Bicycles are not going away. Everyone needs to learn to get along, and watch out for each other and be respectful. Too many in cars in too big a hurry for no real reason and drivers paying attention to the device in their hand instead of the road and driving responsibilities. Most if not all accidents are result of lack of attention.

Creative accounting in the cowtown! said...

They're trying to sell that same fuzzy math as used for the counts announced of riders on the TooT LooT, tad-over-two-mile FREE to ride toy train. And, just like what is used for claiming there are 25 million tourists anally.

Plus, more magical math is put forth to spin the toy train as the magnet that brought gains in eco-devo and revenues along the current route. But, it doesn't stop there. Oh, you get the funning with numbers that are touted as bringing more funds and friendly visitors to all the expected eco-devo projects along the future routes.

Have to agree with the comment @ 10:09. Really hate that that question has to be an either-or we should work on having safe transit for both motorists and cyclists. A lot of the fighting and I see it's just frustration from one side trying to push their agenda and another side who doesn't want any kind of change. I can only hope that in the next term for the mayor and Council there is real leadership on this issue instead of just the same old back and forth.

Unless they can show 1,000 lives will be saved, the numbers just aren't there.

Maybe people should just watch where the F they are going. It would be a lot cheaper for us all.

If only the bike riders could do the speed limit and not hold up traffic........

@ 934 - Innocent rider? According to news reports the bicyclist ran the red light! Not Innocent!

Local cyclist's don't obey the rules of the road cut in and out all over the place and for some insane reason wear dark clothing all the time.

I see bike riders go against the red all the time so fuckem is what I say.

The irony of cyclists with their holier than thou attitude, is heavy. You're on a machine that weighs less than the tire on a car, yet you ride around as though you're the kings of the jungle; Napoleon Syndrome. I'm here to tell you, laws don't protect you from the stupid; they will always find a way to be stupid. I quit riding a motorcycle in the City from dipshit drivers just wandering around on 435 without looking at anything but their phones, and that's a machine that at least goes as fast as a car. Yes, millennial kid will start screaming that's the spice of life, and that's great. But spice of life and bravado may not be so exciting when you're getting mowed down by a 6000lbs SUV

As far as who has the right of way I wonder what is the source. The cyclist is laying on the pavement badly injured so it’s not him/her The motorist is just fine and says the cyclist ran the red light in a self serving statement. Is there an unbiased witness at the scene?

And how fast was the Hyundai goin? Cars fly down that hill,

Just some initial thoughts about this tragedy.

By the way I hope some of you tough guys don’t drive with the resentment your comments reflect here. Some of us get around town on a bike.

Damn near splattered one of these idiots today. Blue River and Red Bridge.
Bike rider has the red going south on blue river - doesnt stop. Whips out right in front of me.. If you're that ignorant I will run your dumb ass over

The city needs elevated roadways for bikes... onmatter the cost.
This is an equality issue- cars have no right to text and drive, but over 79.7% do every day at least once.
It would only cost each person $125.67 tax for nice elevated smooth roadways. That’s cheap only .34 cents a day!
Votes YES on 34 in November and let’s make KC healthy again!