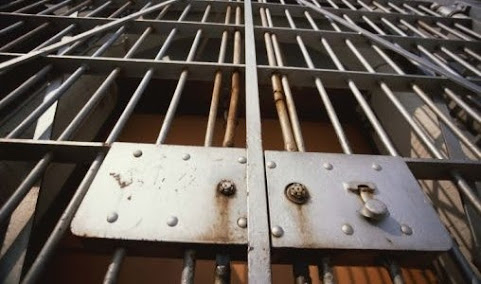 We start this glimpse at local crime news with the tragic update on a homicide that was brilliantly solved by way of masterful police work and bio-metric spying. A straw and discarded cup earned a conviction but most KCMO residents realizes that 20-years handed down by a judge means we'll likely see this guy back on local streets in less time than it takes to pay off a fancy car loan.


Several taken into custody at drug house in Sugar Creek

JACKSON COUNTY, MO (KCTV) -- The authorities in Jackson County have taken several suspects into custody at a known drug house. According to the Sugar Creek Police Department, code enforcement served a search warrant at the house on Thursday morning. Several suspects were taken into custody. The house was deemed uninhabitable.


After 23 Years, A Missouri Inmate Is Waiting To See If He'll Get A Final Chance At Freedom

After decades in prison for a 1996 double murder in Kansas City, Missouri, he says he didn't commit, Ricky Kidd said he has a new hope. "For the first time in 23 years, I feel like I had my day in court," he told KCUR over the phone from Crossroads Correctional Facility in Cameron, Missouri.

JOHNSON COUNTY, KS (KCTV) -- An Olathe man is back behind bars after he allegedly assaulted a young child and two women while out on bond in a separate domestic violence case. Antonio Baskin, 26, remains in the Johnson County Detention Center on $10,000 bond.

KANSAS CITY, Mo. - A Kansas City man found guilty of manslaughter in his ex-girlfriend's death was sentenced Thursday to 54 years in prison. A jury found Joseph Gonsalez, 24, guilty in March of voluntary manslaughter in the January 2018 death of Elizabeth Richards.

A quick question given worsening violent despite inclement weather that ramps up fear for violence during warmer months:

I have never been to or driven through sugar creek, and we often hear about drugs there. What’s the deal about that place? 3,330 in population with 90% of it white. Sounds like a lot of meth then. White trash and meth cooking just like it’s neighbor to the south independence.

Man was sentenced to 20 years in prison for second-degree murder charges in connection with the fatal shooting of Derrick Jones in October 2016 in Westport, Peters Baker said. Jackson also pleaded guilty to first-degree robbery and armed criminal action.

Guess who was black and who wasn’t, I thought murder was a higher offense than manslaughter, this makes no sense whatsoever, but then again we’re talking about petersucker, most worthless proseciputor ever.

How come those sugar creek policemen are dressed like special forces soldiers when making a run of the mill arrest? My god our police are getting so militarized right before our eyes in our own time. A perpetual war society is eventually going to be changed into a garrison state. It is inevitable.

What part of "consecutive sentences" do Jackson Co. judges not get.

Twenty years and out in 12 is a long sentence for Jean Petersucker Baker. Black murderers usually way less.

She always always always recommends the sentences and it’s clear as the nose on your face she’s been handing out next to nothing for the koloreds while severely punishing anyone who’s not black.

Liberal with a Gun said...

@6:26, it's because the Police never know when they're going to run into some right wing "Rambo wanna be" who bought some cheap-assed M-16-looking knockoff so he could "protect his God-given Second Amendment Rights" while he cooks up his next batch of Meth.

It isn't "Police Militarization", it's that thing we used to call "Common Sense".