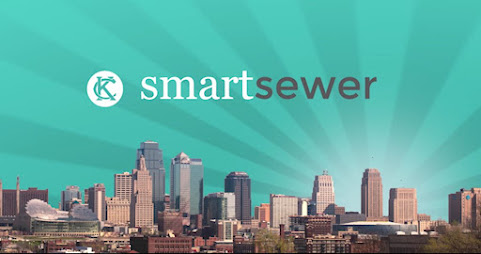 Over the next few days a torrent of consistent rain will test Kansas City sewers.

Again and again, we can't help but remind readers and voters that KCMO is on the hook for BILLIONS in a storm sewer agreement with the EPA that's hasn't lived up to expectations.

Both candidates are responsible for progress or lack thereof over the past 4 years.

As candidates have spent the last few days talking social justice issues and abortion -- Over which KCMO has little to no control -- The topic of potholes, flooding and crime are at the forefront of TOP CONCERNS for local voters who seem more interested in neighborhood services than Jolie Justus or Quinton Lucas participating in the current American culture war.

free college, free housing and free lunches. That is the agenda.

^^^^All day on the blog with no human interaction. All day everyday. That’s your agenda. Loser.

Team Justus/Lucas will deliver an extended childhood for all the good peoples of Kansas City, lived out in a universal safe space, where all goods and services come magically free from a kindly parent-like government, and the sunny days are spent training unicorns to find rainbows.

Talking to yourself in the mirror again I see.;)

^^^On the blog all day alone again Maude? Another proud member of Trump’s Lonely Heats Club. So sad. :(

This is a Democrat City, run by Democrats and the concomitant enablers who feast at the trough of tax payer money.

Schools will get worse, roads will languish in disrepair, sewers will overflow, payoffs will take place, certain favored business' will flourish, cronyism will continue and it is all your fault, because YOU ARE RACIST!!!

Plus they will bring us apps, a "Gig Economy". Which is basically a bunch of people desperately scrambling for a few bucks.

Neither one has said one word about fixing our high water bills because A) They don't care about it. B) They don't have any plan to fix it.

^^^^I’m sorry you got fired from Taco Bell dummy, but go rant elsewhere. You’re boring. You don’t have to live here you know. You can move. Go to a Republican city for Christ sakes!! Save us all your bullshit! Loser!

There are two types of dummies on this post. Ones that support Quentin and those that support Jolie. The rest of us just here for the comments and to watch you fools really think either person is going to make any progress fixing issues they helped create.

9:15 AM start working at home with Google. It’s the most-financially rewarding I've ever done. On Tuesday I got a gorgeous BMW after having earned $36259 this last month. I actually started five months/ago and practically straight away was bringing in at least $96, per-hour.

Hmm who will inherit all that remains of a hollowed out and gutted KCMO.

^^^ Not a problem, @9:37 - half of KCMO is doing fine!
The problems are all isolated to that part located south of the River.
The Northland will go on supporting you till things get too bad, then de-annex and move on, unless we decide to clean out the shit that has collected down there and ship it out to the suburbs.

The only thing Jolie and Lucas have endorsed is anti life which they spin as pro abortion. Evidently nothing else matters with these two.

2.7 billion in existing debt, another 2-3.8 billion for the airport, 700 million shortage on pension funding, a chunk of 800-million yet to go for infrastructure, at some point the bond market is going to look at KC and say, "Really?" "I don't think so."

The first one who says they will audit the water / sewer department with an outside auditor, will get my vote. We need to find out where the BILLIONS we have spent went!

Well look at the bright side. Media is entertainment, and is designed to make us hate one another.

Either one will suffice

Lots of people recognized Trump was a jackass and that’s actually why they voted for him.

This thing seems to be a set up, and the "fuck it" vote may determine the winner more then KCMOs professionally ghettoized voter blocks.

No they gotta waste money on thier donors

I’m sure neither one of them knows what infrastructure means since they have done nothing to fix anything.

And that's what the choices are to run the city?

Hey shit for brains, are you saying because she’s gay, she’s not qualified to be mayor?? Fucking scumbag. You fon’ Even live in KC so why don’t you go suck a dick?

^^^^^No shit for brains he is saying that isn't the only reason she should be elected which so far the only thing you hear about day in and day out. And no she isn't fit to be a mayor.

Like myself and UPTOWN -FUNK STATED this week. The next Mayor will have to deal with a recession. I don't believe the sewers will be rebuilt .

Jolie Justus will be a terrible mayor.