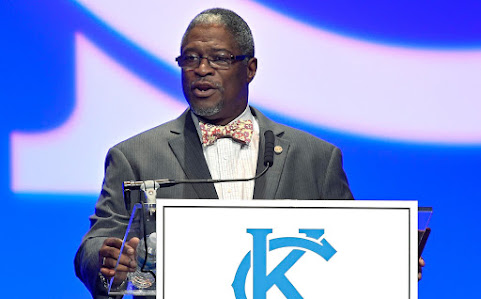 Kansas City's lame duck Mayor takes an angry stance against Missouri GOP leaders cracking down on abortion amid a Conservative moment that started in Alabama.

TODAY AT #4:30 ACTIVISTS WILL GATHER AT J.C. NICHOLS FOUNTAIN TO PROTEST THE ABORTION CRACKDOWN!!!

Apparently Mayor Sly doesn't get the irony when he notes that abortion limits would be bad for children . . . Critics ask: Has he considered the youngsters being murdered and the procedure that would stop a beating heart?!?!

Via Tweet Mayor Sly noted: "The abortion ban bill advancing in #moleg is dangerous, relegates women to second-class status, and shows how little women and children are valued by some politicians in this state."

From the Mayor's Office:

Mayor Sly James made the following statement in response to the Missouri Senate advancing a "dangerous bill" that would ban abortions at eight weeks, with no exception for rape, incest or human trafficking, while also including criminal penalties for non-complying physicians:

"Although this legislature has failed to take any positive steps to address the real and everyday problems of women and children, they have decided that they know more about women’s healthcare than women and their doctors. This move is dangerous, relegates women to second-class status, and shows how little women and children are valued by some politicians in this state. To say that a culture of life means treating women as second-class citizens is insulting, draconian and just plain wrong."

CBS: Missouri passes "one of the strongest" abortion bills yet in U.S.

Does Mayor Sly not realize that abortion kills more people from his community than anyone else? It's a modern day genocide. Poor whites don't get out of it any easier either.

What an idiot.
Planned Parenthood slipped him 500 to show up.
It's all about the fucking dollars.

Sly you bum. Stop pretending that you're going to be a congressman it's never going to happen for you pal so you might as well stop trying to play the game.

This is how ignorant our mayor is.

3:35 it’s ok to call bow tie the clown sLIE worse names, he’s earned every bad name and then some.

Further proof that bow tie warned to steal all the pre-k tax money, if all the babies get aborted that would mean more money for him.

$100 says Slie will not admit that he would have been for his own aborted birth.

Sly's become so desperate and out of touch it would be funny if it weren't so sad.
Fading away like the Cheshire cat with nothing but a smile left.
Champagne ambitions and a 3.2 beer brain.
Please go away.
What a clown!

Did James say anything about babies being crushed to death and then being sucked out of the womb with a vacuum cleaner is bad for children?

Anyone who does not understand the implications of forcing a woman to keep an unwanted pregnancy – the implications not only for her but for children that she has and children that she may have in the future -- is simply uninformed. In many cases, willfully uninformed. Forcing unwanted unplanned pregnancies on women has the economic impact of condemning them to poverty and condemning their families to poverty in too many cases.

Of course the self-righteous fools who think that by "outlawing" abortions it will mean that there will be no abortions suffer from a level of ignorance of history that is appalling. The issue is not whether women will have abortions but whether women will have SAFE abortions. In the old "coathanger" back-alley days, women had abortions – not only at risk to their lives but often at the expense of ever being able to have a child in the future because of damage to their organs.

And make no mistake, these GOP hypocrites – most of whom would have gleefully tossed screaming toddler's onto the burning Altar of Baal if it were necessary to pass a corporate tax cut – have an interest in fetuses – but none whatever in children.

Excuse me but S'liar that does not make any sense. How is abortion good for children? The ONLY time abortion should be legal is when the life of the mother is at stake. Under those circumstances it would have to be the mothers health will not allow her to bring the baby to full term. And in order to save her life the pregnancy would need to be terminated.

The problem we have with abortion today is that even with all of the legitimate and reliable methods of birth control women are not using them, or not using them as directed. So they become pregnant and over a million times a year the baby is inconvenient and they kill it through abortion.

Does S'lie have a medical degree now? I'll bet he went to the same law school as Sharice Davids. NOt very smart and generally comes off being a bully. Terrible mayor, almost makes you wish Clay Chastain would have won the election.

Clay would have been a better choice.

Vote none of the above.

Abortion is a decision made between a women and her doctor. It is nobody else business . If your family, god or cosmic muffin is against it so be it, but leave other people alone to decide themselves.

Sly never has cared for his community. Or children.

If democrates wore condoms this whould never have been a issue!!!

Let's see some pro-life benefits put in theses bills. You know, for the children. Because we really care about them once they are no longer an embryo.

9:17, the parents of these unwanted children already get Head Start, free school breakfast and lunch, after school care, Medicaid, child tax credits, free taxpayer-funded school, need-based scholarships. Plus parents get bennies based on how many kids they have. How about their damn parents taking some responsibility for them, especially their fathers?

And you know, adoption is that other "a" word that is a wonderful solution to an unplanned, unwanted pregnancy.

what an idiot. Its saving the unborn

You fucking jerk offs. You really think abortions are going to go away because you're shoving your religion and ethics into others private lives. No, if you're rich, you'll continue to get safe abortions. If you're poor, you'll probably die during the procedure.

There's plenty of kids in our system waiting for adoption. If you're so fucking pro life, open up your home to one of them asshole. If you don't want to, then shut the fuck up and keep your religion to yourself.

What's the over/under on our dirtbag President for abortions? I'm gonna go 4. It seems like a low number for a guy who habitually cheated on who ever he was with at the time but these things can be tricky.