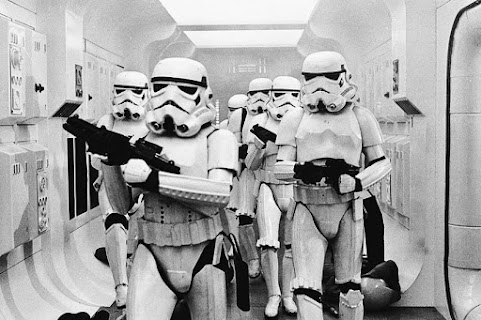 What's most important for our discussion on this blog . . .

From KCPD after TKC FIRST question:

"We had no arrest at the rally. There were two calls on weapons that we addressed. One being a suspicious male dressed up like a star wars character with a rifle. Officers made contact with the individual and the rifle was a toy. The party voluntarily put the toy in his car. The other call was a party in the garage with weapons. Officers spoke with the party and he voluntarily left his pistol in the car. There were approximately 1500-2000 participants this afternoon and no arrest were made."

The second part of this report was witnessed by AWESOME TKC TIPSTERS and helped us confirm all of the info. Thankfully, the demonstration was peaceful as the debate continues.

Democraps become outraged when immigrant kids are separated from their mothers.

Democraps not so outraged when kids are separated INSIDE their mothers.

I'll tell you this, these plaza protests just show me that there's not much new thought in the election against trump. Looks like the guy is going to win again.

Yoda was aborted but survived. Master Yoda is strong with the force.

Hillary was the death star but her campaign was blown up.

Guy with the real gun was more important than the idiots with their toys, glad KCPD was able to get to him and persuade him to leave his weapon behind. Glad they were on the scene first.

a festival of death was bound to attract some weirdos.

Trump wins over Biden by more than a 10% margin because abortion is such a horrible issue for the Democrats.

Being a Democrat is a horrible issue for Democrats

No arrest were made because it wasn't after curfew and no KC scholars were around.