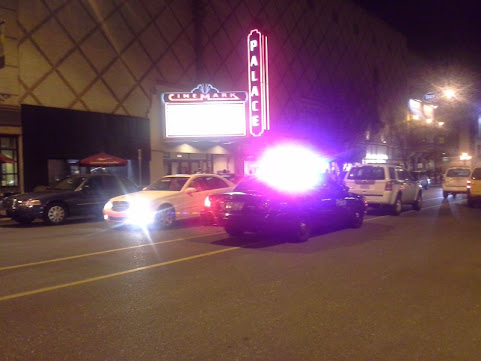 Most plaza denizens are saying "good riddance" to Cinemark after their shut down.

But behind the scenes there's drama better than any of those stupid super hero movies that dominate the multiplex.

According to insiders and quite a few snoopy cowtown fans of local cinema . . .

THE PLAZA WANTS TO KEEP A SMALLER, SCALED DOWN MOVIE THEATER AND GRANT WESTPORT'S RECENTLY SHUT DOWN TIVOLI A SECOND CHANCE!!!

Remember that art house enthusiasts were grief stricken when the Tivoli shut down this Spring.

The movies they often screened aren't for the "FLASH MOB" youngsters who destroyed Cinemark and a great deal of Plaza biz, in fact the flicks probably wouldn't interest anyone who didn't have some cash to waste on "upscale" entertainment and dining options . . . However, the EXTREME movie buff crowd might return for more local fare and film fests.

In this day and age, gearing content toward enthusiastic niches might be the only path for survival and the Plaza still wants to over some form of movie entertainment like most viable entertainment districts.

Tivoli would be a nice fit. Another Glenwood would be even better!

No. Just no. Nothing like that needs to be on the Plaza. Put it out in JoCo where the elite and wanna-be's wanna be.

Pr0n theater on the Plaza? Now THAT is an idea we can all support!

A theater showing art films, even in French with subtitles, and blasting classical music outside would certainly discourage the "teens" who cause lot of people to avoid the Plaza now.
But they'd just harass regular folks somewhere else.
Whatever business tries to make a go of it in that location just needs to nail everything down and provide security fot their customers.
Sad.

The Plahhza needs a theater like the Old Chelsea.

Great idea. I hope it works out.

Where do ah be drop my chidrins awf an shee?