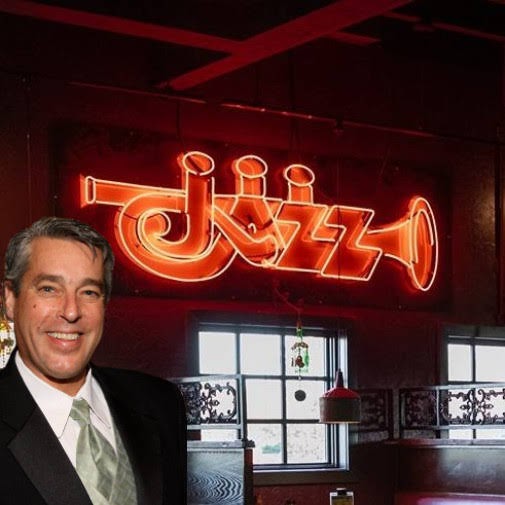 But now the Missouri Republican State Rep. from Platte County finds his biz in more trouble with local progressives than a crawdaddy about to be thrown in a boiling pot of gumbo.

PROTESTERS AGAINST THE MISSOURI ABORTION BAN TARGET "JAZZ" ON 39TH STREET WITH A BOYCOTT AND UPCOMING PROTEST!!!

MSM wants to keep this one quiet but it has been spreading through social media like wildfire.

"We've been getting threatening phone calls all day. Really nasty stuff that's scary. People are really mad about this issue but I've gotta work either way. I've been berated more at this restaurant today than at any other time in my life. People just want me to quit and walk about but I don't have another job. I feel bad because I don't really know anything about this issue. Just thought it was horrible how nasty people are getting to people who work here and aren't really political . . ."

Twitter, Facebook, Reditt, Snapchat and Instagram seem to be putting the message on high alert helped along by their algorithm but so far local media wants to keep the debate quiet. Now that threats and harassment against workers is underway, there's even more talk about the danger posed to employees in this burgeoning KCMO entertainment district. .

Might be good for business in the long run.

This is what progressives and antifa activists do. They harass and threaten people with different beliefs than their own. Just flip the script on these soys and tell them you are offended at their racism against jazz culture and roots. Tell them on the phone love not hate.

It's these same protesters that say you having a killer gun is bad, but it's fine and dandy to kill a child in the womb.

They run around screaming that we must protect our children one day and the next run around saying they have the right to kill a child in the womb.

Sorry but thats some real fucked up thinking there.

Maybe we should just let any parent kill a child up to age 18 if they decide they no longer want it.

How exactly does it advance the pro choice side to make it so a bartender or waitress doesn’t earn tip money on a Friday night shift?

Sorry, leftists. You've had zero credibility since the election, when most of you became violent, fascist crybabies. Will make a point of going there again soon.

Never been there, but now am getting up a whole group and patronizing the place.

@4:33 "They harass and threaten people with different beliefs than their own."?
REALLY?
And are you claiming that only those you call "progressives and antifa activists" do this?

Shut this guy down! I do not believe that he has a right to Advocate against women's choice but then run a business that caters to women and men in a part of town that is very Progressive. Let the market dictate what happens in this situation. I bet when word gets around that a conservative opponent of women's rights owns a restaurant people will find another place to eat. Maybe this is a good time for the 18th District to show that they have authentic Louisiana food? This protest is on the right track. Conservative talk about the free market oh, well this is the free market in action! The people are speaking and they do not want to do business with intolerance and Injustice. Times up!

This is kind of sad. They serve really good food there.

Remember the Republican softball game where actual bullets were fired, almost killing Rep. Scalise? That was a huge Maddow fan. Yours is the terroristic side, regularly calling for fascist violence and oppression against those who disagree.

Your froth of Trump hate has made you stupid.

Lets see how they like having done to them as they think they have the right to do to others.

Nope. Normal people have had it with the fascist left. Watch his business do even better. Good for him for speaking his mind, no matter how much you want to censor it.

Here's a word of advice, lefty scum. Don't even try to get between me and my meal.

^^^^Why fatty? Will you eat them? Fucking fat slob! Good on these protests. This is how America works! Hope it goes out of business!


Going to eat at Jazz tonight.

"Remember the Republican softball game where actual bullets were fired,"

That violent Democrat was radicalized by Bernie Sander's insane rhetoric blaming Republicans for millions of deaths.

And don't forget, a year earlier that black nationalist racist in Dallas, TX, murdered 7 people. That Black Lives Matter follower said he wanted to murder as many white people as he could. This following a BLM rally where the radical marchers chanted about murdering police officers.

You haven't improved your troll game at all, and we keep coaching you. It's not like you don't get enough practice. Try harder.

No life? This is their life. They’re called “professional protesters”. Someone or some outfit is probably paying them to go here to “protest”; probably even bussing them to the location and back to wherever they came from.

I don't buy ANYTHING at Lowe's once I heard they support BLM. I go to Home Depot and Sutherlands.

I switched to Chevy when I heard FORD gave 100 million to BLM.

Progressives should buy from places that support the Democrat/Fascist/Socialist policies that they support.

The people I know, make a real effort and will even pay more to go where the owners are Pro American, locally and nationally.

I don't eat at McDonalds, I go to Chik-Filet---the list goes on.

I try and not give one fuckin penny to organizations that support the totalitarian, violent Progressive Left.

I am changing the time and location oh the protest!
It will now be at:
167th and Paseo
6:30am

Let’s protest against everything!

People
Against
God
And
Nincompoops

PAGANs can be identified by bleeding hearts and can submit to Facial Recognition Software by holding up signs.

The babies who were killed in the womb- their souls call out their moms and haunt their dreams.
The reality of those who ripped them from their moms before they were born.. haunts them every day... whether they admit it or not.

Thanks, now going to frequent Jazz and bringing friends. Keep it up Mr. Vic Allred, we got your back.

Yep. The Barry bros & hoes were marching and shouting stupid chants: "Pigs in blankets!" "Fry em like bacon!" Oblackish was the race bait and hate Prez.

There is a reason its called "jazz" and not "gizz" I agree with the owner because people need to be responsible for their actions, and if you screw without protection and the roulette wheel goes againt your favor. well then you need to grow up and be accountable for your actions, and the fetus who had no choice but to become one, shouldnt be the one held accountable when people make bad choices!

I agree that this place needs to be SHUT DOWN. There is no kind of reason for this hate an intolerance in the community.

NO MORE JAZZ ON 39TH STREET!

Jazz is a sub standard cajun kitchen, there are much more authentic options in KC. Explore them!

I'm going to eat at Popeye's instead. The food and the service is better.

Think I'm going there this weekend.

Please, PLEASE try to block me...

^^^ don’t be such a bitch, killa shitty and shitty Louis are out numbered by much smarter people, the rest of the state has the brains and the power, not a damn thing you whiny little snowflakes can do about it. You people can’t even protest without losing your mind over toy guns or getting violent, thank god your votes mean nothing in the big picture.

They can only stay open if they serve up the aborted fetuses in a nice gumbo sauce.


Good I doubt he wants any liberals in his place. It's a good way to keep liberals out without a law suit.

FABULOUS FOOD and EMPLOYEES....!! The BIGGEST customers/supporters of the 39th street location are KUMed employees, students, etc. Protest KU too and SEE WHAT HAPPENS. Then head over to JAZZ at The Legends and SEE WHAT HAPPENS if you get between a BRUTHA and his SAUSAGE...!!

I heard that there was supposed to be a "Sex Strike" by progressive women. To those who support this strike I want you to know "I AM WITH YOU!" Yes! Strike now. Start today and drag the strike out for 20 years if necessary. That will show those conservatives that you are right! Ans it will also be the end of your stupid movement because you will give us conservatives exactly what we want, responsible women that don't just go on a date and flop on your back with your legs spread wide for any man to impregnate you. This will kill the abortion industry so i support you having a sex strike. Problem solved.

Do you people understand your position? No sex, no abortions.

Well...his Independece location needs a shoot in the arm...maybe more customers from more conservative eastern jack will patronize that location

We're making it a point to go there this week. Thanks for letting us know that this is a conservative owned restaurant.