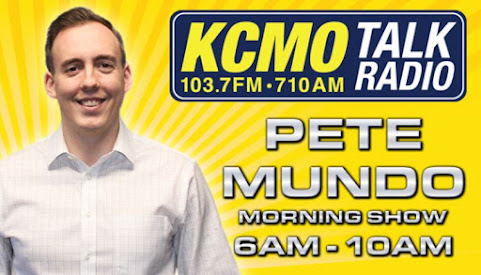 It can't be all salt and snark on this blog. As always, we welcome insights and observations from our reader community about locals doing the right thing and performing exceptionally. And so, we offer this quick note from a reader sharing a perspective about a local rising star in the talk game. Checkit:

I know 2019 isn't what it used to be (FOR LOCAL RADIO) in the '90s or early '00s. But Mundo's star has been on the rise since coming to Kansas City. Parks and Wright used to be on local media shows that Mundo now frequents. And he was the real star of the mayoral debate a few weeks ago asking questions many in the media don't ask.

To be fair to the other hosts, it's kind of hard to be knowledgeable about issues facing the city when you spend 20 hours a week doing game shows and bad "Boomer Humor."I just hope two years from now Mundo doesn't make the same mistake Jerry Agar did and go to a bigger market only to flame out.

Terrestrial radio is having a tough time. There aren't a lot of places to go for it and the audience is thinning no matter how good the hosts are. That being said, absolutely agree with the commenter. If you have to listen, 610 is probably the way to go.

Poots Mundane is my Hero!

Just found Mundo in the past couple of months. Enjoy listening to him on the radio when I can.