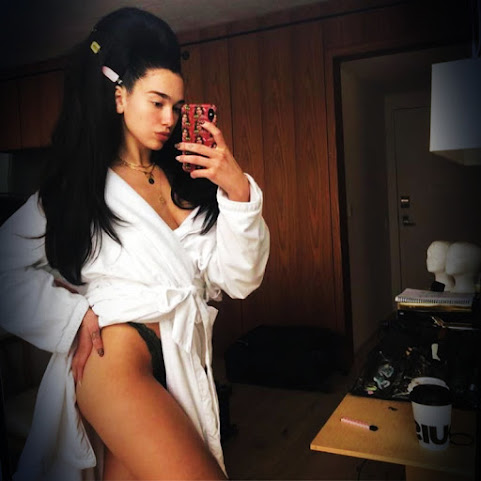 Hottie Dua Lipa is a Brit singing sensation reminiscent of Amy Winehouse but without the amazing voice or debilitating drug & alcohol problem. Here's a peek at International pop culture news inspired by the throwback rising star . . .

FSR: 'Once Upon a Time in Hollywood' Review: Tarantino Does Nostalgia

Closer to home, here are the news links worth checking to start the day:

KANSAS CITY, Mo. - Severe weather skirted the Kansas City metro area to the south and east Wednesday, a day after a produced more than 60 tornadoes across the Midwest. Parts of Miami County in Kansas and Cass County in Missouri were placed under a Severe Thunderstorm Warning shortly after 6 p.m.


After destruction across Missouri, KC to see a peaceful day before storms hit again

The weather forecast in Kansas City Thursday calls for peaceful weather during the day before storms hit again at night and raise risks of flooding. The storms continue to come after tornadoes hit Jefferson City and left three dead to the southwest in Barton County.

The Debate Everybody Ignored

(CNN) -- A tornado hit the Missouri capital as people slept late Wednesday night -- part of a deadly spring storm system that has ravaged the central United States over the past several days, unleashing twisters, drenching rain, flash flooding and hail.

We're throwing a party on this week's "Zoo View." It's Dusty the orangutan's 3rd birthday on Thursday, so we're celebrating with his family at the Kansas Ci...


Celebration At The Station, Catio Party & Other Weekend Possibilities

I'd like to have Ms. Lipa's luscious sweet lips around my stiff penile lollipop

They have money for three Cadillacs but can't feed their pitbulls?