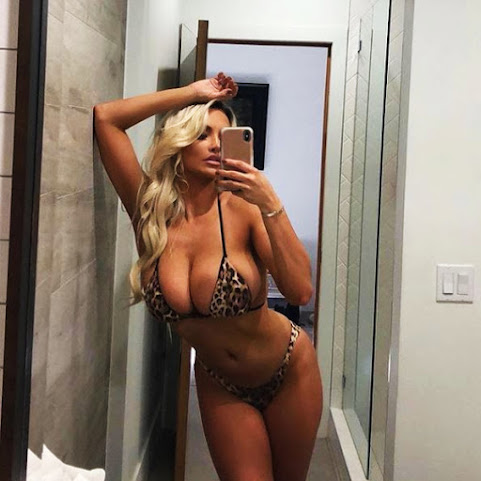 As always, hottie Lindsey inspires us to search for the very best pop culture links:

Close to home, these local news items start our day:

Gharib Gharibi is driven to succeed by a desire to pay it forward, he said, riding a high from his startup's first-place, $20,000 win at UMKC's Regnier Institute Venture Creation Challenge.


How to not drain your wallet when it comes to floods

RAYTOWN, Mo. - For the third time since May, Sam Dawson woke up to water running into his basement. He watched the murky water rise around his washing machine, dryer and water heater. Then he picked up the phone, like he had done before, to order some pumps.

The American Jazz Museum (AJM) is working to make strides toward a more successful future. The Museum has named Ralph Caro as interim executive director, a year after Cheptoo Kositany-Buckner resigned from the role.

KANSAS CITY, Mo. -- The wind, rain and flash flooding have caused damage throughout the metro. "A tree fell and murdered our car," reads a post on Reddit, after an old silver maple crushed the poster's white compact SUV. Mother Nature also caused the roof of a mobile home in KCMO to collapse into it under the weight of rainwater.

TOPEKA, Kan. (AP) - Kansas Gov. Laura Kelly has signed into law a bill that would allow profoundly ill people who have been unable to find relief with pharmaceutical medications to avoid prosecution for possessing certain blends of oil extracted from cannabis plants.

In this very special episode of KCUR's Statehouse Blend Missouri podcast, we joined forces with St. Louis Public Radio's Politically Speaking podcast to round up the 2019 session of the Missouri General Assembly. We discussed the session's big stories, including a landmark abortion bill, approval of new funds for workforce development and bridge repairs and the debate over repealing the state's new voter-approved redistricting plan.


Independence church hopes to escape flooding from US 24

For members at Full Gospel Assembly in Independence, every forecast calling for rain brings uncertainty."The worst one was in 2017, when we lost everything in our basement," the Rev. Sharin Ankrom said.Ankrom said she is doing everything she can to stop the water from coming inside."We've had to close for many services, Sunday services, Wednesday services.

Ralph doesn’t get the Escalade yet. He has to first prove he is capable of completely mismanaging the place and whining about needing more money. If he does, maybe we’ll drop the interim label and then he can get his Escalade and free Harold Pener wardrobe.

Or maybe the dude is legit and will finally turn things around.

Ah now the tech bros want to rip off the visually impaired. Shock.

@9:24 or maybe the Museum will start recognizing the White and Latino contributions to Jazz, and start drawing visitors.

@6:51 - only if she got drunk enough to pass out and fall down the stairs into Mommy's Basement!
(ps... "long" usually means for more than 38 seconds.)

The "new Jazz boss" has an impressive resume. He seems to be fully capable of running the show at the Jazz Museum in a fair and efficient way. Unfortunately that does not mean that there is public demand for the product. If the museum can't draw enough people to become self sufficient even with competent administration, the city should shut it down.

Think of what we'll save on weave now that Cheptoo has gone she own way an shee, gnomesayn

Jazz museum is a great idea, they should try it without taxpayer funds.