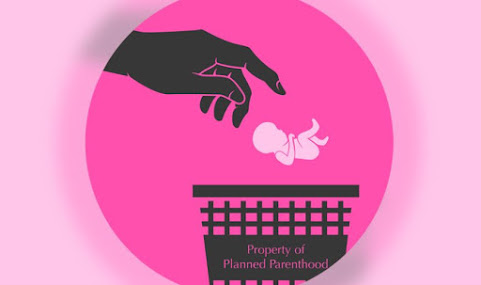 The pro-life vs. pro-choice fight continues after a judge prolongs the decision -- Ironically, a privilege that many women in Missouri are also fighting to attain.

Another coinkydink: There's often fear of "back alley" abortions if women aren't allowed to access to the procedure in a "safe & legal" environment yet this debate is focused on a clinic that has, in fact, endured several complaints over protections for its patients and their well-bring. Moreover, critics site instances of failed surgical abortions in which patients remained pregnant, as well as a failure to obtain a patient's "informed consent" which seems exceptionally ghastly and not anything worth advocating for as healthcare "freedom" for women.

Here's the quick rundown of today's ruling that only promises more fighting ahead:

The decision prevents Missouri, at least for a few days, from becoming the first state without an abortion clinic since the Supreme Court legalized abortion nationwide in 1973. Had the judge not intervened, the clinic, a Planned Parenthood facility in St. Louis, would have been forced to stop providing abortions by midnight if the state hadn't renewed its license.

Missouri Gov. Mike Parson and state health officials contended that the clinic had numerous violations that must be addressed before its license could be renewed. Planned Parenthood said the state was unlawfully conditioning its decision on a routine license renewal application on a vague and politically motivated investigation.

CNN: The Circuit Court Judge's ruling does not renew the license. Instead, the ruling allows the current license to remain in effect until the matter can be heard in court again on June 4.

Actually, this one is a loss all the way around in every sense.

What kind of a god murders babies inside their mothers?
Why does your god cause miscarriages?
What comes after no abortions for any reason?
No birth control for any reason.
Forced religion?
Probably..........

It seems to me that men are attempting to decide if women can have abortions. That is inherently wrong. This is a private health matter that should only involve the woman & her doctor. Abortions is legal in America, & Missouri's attempt to make it illegal in Missouri is unconstitutional. Requiring women to undergo pelvic exams to determine if they've had an abortion is the next step, that would be "unreasonable search & seizure".

This attempt to circumvent Roe v Wade will result in another blue wave in 2020 as women realize that they must seek elected office in an act of self-defense.

The good news is Der Fuhrer will be swept out of office, if he's not already been impeached.

STFU Byron, to bad your parents didn't abort you. HA, I bet your Mother in later life wished she had had you ripped out and killed.

It seems to me if a woman chooses to have consensual sex “her choice” then she should pay the consequences of her choice.

This only effects lower middle class and poor women. Rich people will still be paying for abortions and flying their little rich harlots anywhere they can for this service.

Over and over again we keep hearing it's the woman's choice, it's her body. Okay, fine. So choosing to end the life of another human (also known as MURDER) is also her choice? That tiny human, and yes, that's what he/she is, has absolutely no choice whatsoever as their life is horrifically ended. It is scraped and vacuumed out of the mother and thrown away as so much trash. How in anyone's world is this okay? Ask any woman who has tried unsuccessfully for years to have a child, ask any mother who has mourned the death of a child as a result of murder, war, illness if any of this okay and what they would do to have one more moment with that child. At what point will we start discarding the elderly and terminally ill because they become an inconvenience or take up too much of our time?

And all you other jackoffs, if you'd ever "had" a woman, you'd realize that there were TWO People involved.

Remember it was Byron who said Hillary would win and not Trump and we all saw how wrong he was then the same as he is now.

You are so sadly, ignorantly, and completely uninformed and wrong. So much so that I imagine it's extremely difficult for you to make your way up from your mommy's basement after a long night of gaming to slurp down your Lucky Charms. Why don't you just let the adults on the room have this discussion, hmm?

5:29 So should men, which is why I think babydaddy should be in a chain gang. A glorious sight! Parasites chained together, working on fixing the highway! Ever notice that those against abortion are men who cannot define "blastocyte?"Or a member of a church that opposes all birth control but protects men who bugger young boys. Such as the church of the foreign invaders at our southern border. PTUI! Illegal alien = Catholic invader. Did you not notice?

This is far from the last word on the subject. Stay tuned for further developments next week. A win for PP would be a victory for the chamber of commerce. It would mean no business has to let state agencies investigate their operations.

Abortion is a tragic situation, I wish it never happened. I may not be an expert on the law but I can hope we can treat women who have to face this decision with respect. It is their body and maybe if we took care of them and offered them healthcare and options, the situation would not reach this kind of crisis.

8:54 Democrates will do anything to escape accountability!! And focus blame on everything they dont agree with on everyone else....That party is like Welfare with a voice, what a shame. I never met a democrate who claimed they were proud to be one, because they have no clue WTF being a Democrate is. I used to be one when I was young and dumb as FK, but I learned quickly how I would be better off being a memeber of the Church of Scientology, I chose neither shit show, Because reality works better for me!

This licencing fight had nothing to do with the current bills trying to outlaw abortion outright.

This is the long ongoing strategy of the "small government" free market Republicons trying to regulate Planned Parenthood out of business. Regulations created specifically as harassment and to close the operation. Then it turns out the complaints the state alleged were made up. Pure fiction.

State officials in charge of this processes need to be investigated and eventually fired.

4:52 is KANSAS CITY ATHEIST COALITION. I thought they would be busy with pridefest, where the LGBTQIAWATHEFUCKAMI WILL be recruiting future fudge Packers and backpackers?

Did you know the KCAC sponsored a young teenager in becoming a tyranny? And, needless to say, they are pro abortion...not just pro "choice" but PRO ABORTION as DR. RAY said.

You all know "Byron" does not exist, don't you?

8:33 you are correct...you are not an expert on the law. The unborn is not "their body"...the unborn has their own body.