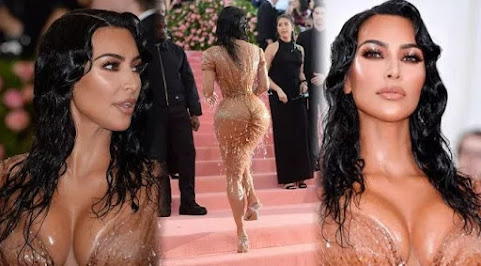 Peeps: Kim Kardashian Is 'Wet, Dripping' at the Met Gala in Mugler Dress that Took 8 Months to Make

Closer to home, here's a glimpse at Kansas City news from around the soggy metro:


Where to go for Mother's Day in Kansas City. Plus, more KC food and drink events for May 6-12

Courtesy Social Power Hour Monday, May 6 Chef Jasper Mirable recently returned from an Italian vacation eager to share some fresh springtime recipes with his customers. He'll do so during tonight's "Springtime in an Italian Piazza" dinner at Jasper's Restaurant (1201 West 103rd Street).

CarMax's rollout of its buying experience continues. In December, the company announced a program it describes as a customer-driven buying experience in which customers can buy a car completely from home, in-store, or a combination of both. CarMax said it plans to make the program available nationwide to most customers by early 2020.

The Crossroads is really going to the cats. Caturday in the Crossroads, a benefit for KC Pet Project, is from noon to 4 p.m. on Saturday, May 11. The pub crawl, which has nine stops (five breweries and a winery), includes prizes for the best cat-themed outfit.

Sinclair Broadcast Group on Friday announced it entered a definitive agreement to acquire 21 regional sports networks from The Walt Disney Company (NYSE: DIS), including Fort Lauderdale-based Fox Sports Florida. Sinclair agreed to buy the networks and Fox College Sports in a deal worth $10.6 billion, according to a news release.


With Monday transactions official, here is the Chiefs' 90-man roster

KANSAS CITY, MO (KCTV) -- All the recent rain and flash flood warnings have businesses in flood-prone areas of Kansas City on edge. Kansas City Water Services purchased the entire strip mall along Indian Creek where Coach's Bar & Grill was once located. In the next six weeks or so, they'll demolish the buildings.

Kardashian is a freak.

Katie where are you . Miss that body love to have you sit on my face.
Gina could watch . They are both so fine.

^^and you are so old and pervy. Gross! Work out your kinks elsewhere pervert!

Looks like the waist cinch blew her ass up even bigger.