Kansas City Tuesday Back To The Grind News 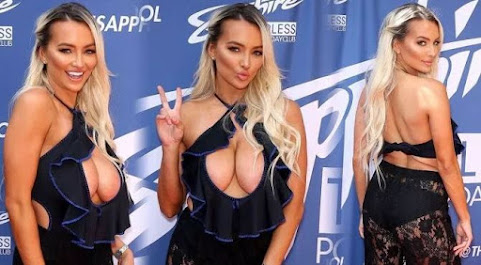 Right now hottie Lindsey brigs us double back to the work week in grand fashion and with a bit of news on DD-list celebrity life:

Cosmo: 11 Reasons Your Boobs Are Sore

Closer to home, here are more than a handful of news links for right now . . .


KC Crime Lab is not like your favorite CSI show

The kind of crime scene investigations that fascinate television viewers on shows like CSI and NCIS are taking place every day at the Kansas City Police Crime Lab.Three fourths of the employees of the crime lab are women, and getting a job there is not easy.

Each year, Midwest Real Estate News highlights the successful careers of the region's top commercial professionals in its Midwest Commercial Real Estate Hall of Fame issue. This year, we are also running these profiles online. Today, we look at the success enjoyed by Jon Copaken, principal with Copaken Brooks in Kansas City, Missouri.

BLUE MOUND, KS (KCTV) -- A pack of wild vandals are terrorizing properties in farming communities in Linn and Bourbon counties. But the culprits aren't what most people would expect. For years, Donnie Rhynerson and other farmers have noticed them invading his farm, hiding out along the fence row -- a pack of wild pigs rooting around in his pasture in search of grubs and a cool place to wallow.

Show-Me How To Free Your Mind


Washington University graduates its first class of students in prison

PACIFIC - The graduation ceremony was like any other - tearful family members, caps and gowns, "Pomp and Circumstance" - only with added security. The first 10 graduates of the Washington University Prison Education Project received diplomas Wednesday in the visiting room at the Missouri Eastern Correctional Center state prison for men.

Hide Transcript Show Transcript DEVASTATION. TERRIBLE. NICK: IT HAS BEEN A VIOLENT TWO-WEEK STRETCH FOR THE PLANES. DONNA: AND THERE IS MORE TO COME. WE TALKED ABOUT THE FACT THE WARNING SYSTEMS WE HAVE, THEY DON'T ALWAYS TO PEN ON THE LAM WHAT YOU'RE GOING TO HEAR OUTSIDE BECAUSE I GUESS WE'RE GOING TO HEAR SIRENS TONIGHT THAT WE'RE ALSO GOING TO HEAR THE WEATHER RADIOS.

Make it up and they will believe it said...

Ah the story tellers of our countries dumbed down media industry.

^^^^ So brilliant, so cynical. You must be a deep thinker like myself!

^^^ Yes Jack, we were all given a choice early in life, to be either an Optimist or a Realist.

Where's a comment from one of Tony's "Stable Geniuses", telling us all about Lindsey's anatomy, and/or what he would do if he could only get up Mommy's Basement stairs?

Too bad you suck dick all the time. You’ll never know how good it is to fuck a hot chick.

You can always find wild pigs in Westport, the Power & White District or the Crossroads on weekend nights just make sure you've had your shots

Having worked in a couple of Copaken's "Mahvelous" buildings, I would note that, while they are crappily built, they do provide the only outlet we have for the display of Rita Blitt's ridiculous "art".

This Town needs all the laugh we can get!