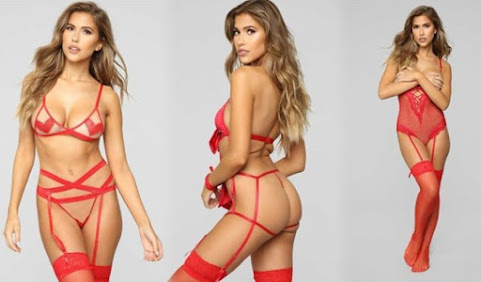 Hottie Kara and her classic lingerie hotness inspires this quick peek at the pop culture . . .

TMZ: Model Kara Del Toro Has No Problems In The Bedroom

Closer to home, here's a look at the top local news links for right now that mostly revolve around sports but still offer a nice peek at local culture . . .

The Kansas City Chiefs have had an offseason full of major roster moves, but there's one more move Brad Gagnon of Bleacher Report thinks they should make -- releasing Tyreek Hill .

Life Lesson: Kansas City Royals Must Remember To Have Fun Amid FAIL


Giving the fans what they want

You may have heard the news - the Kansas City Royals are dreadful. It's hard to say exactly why they're so dreadful because their only real consistency is in how they're able to find myriad ways to be dreadful.

The Fox Seyz Thank You

KANSAS CITY, Mo. - A baby fox was found tangled in a soccer net Wednesday morning in Lenexa. An animal control officer with the Lenexa Police Department responded to the scene, cutting the "kit" - that's the term for a baby fox - free and sending it on its way.

Footballer Hope For Next Season

That being said, the Kansas City Chiefs are bound to come down from this high eventually. Will it happen this year? Nope, and here are three reasons why. Spoiler alert: The draft has a lot to do with it. Outside of finding another starting corner, the Chiefs have done a spectacular job at fixing the back end of the defense.

Kansas freshman Quentin Grimes is not staying in the NBA draft, but he is not returning to KU either. Through a release from the Kansas basketball offices, Grimes on Wednesday evening announced his intention to transfer to another university for the 2019-20 season. By Matt Tait


Galaxy win at Kansas City for first time since 2007

Ibrahimovic, in his first game back following a two-game suspension, chested Uriel Antuna's pass on a breakaway and sent it off the hands of goalkeeper Tim Melia for his first goal since May 4.


Mix of sun, clouds for your Thursday

Temperatures will drop down to about 59 degrees overnight. There could be a little bit of fog Thursday morning. We'll see a mix of sun and clouds on Thursday wi...

There once was a model Del Toro
Who marked her men a la Zorro
Not with a blade to leave them bleeding and sore
Rather her smoking hot figure left them pleading for more
So if you see this red bull come a charging your way
Stand your ground, draw your sword, and make your best play!!!