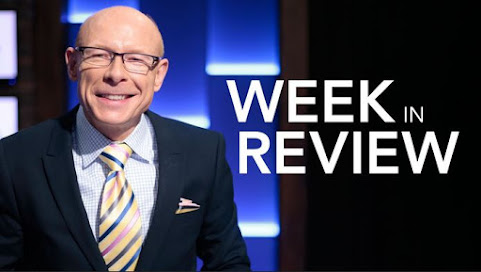 Professional journalists and reporters offer their hot take on topics that social media has been kicking around this week . . . Altogether, even amid the reemergence of Mary Sanchez, we generally like  this worthwhile glimpse at the more important topics impacting The Greater Kansas City Metro.

I really enjoy this program because it's usually a pretty good recap of what's going on in the area and because it rotates guests between local TV stations as well as Helling from the local rag who actually is a pretty bright guy.

Same ol' stuff this show has dished out since it's inception decades ago.

Like them or not, they're still the first to sound the warning that the 2023 NFL Draft is going to cost the KC Taxpayers a bundle for very sketchy results.

Snatchez (former star flunky) helling (current star flunky) I bet you could cut the tension with these two with a knife, snatchez probably wants to kick hellings ass and I bet she could!

She really was terrible at her job.

THE WEAK IN REVIEW

NFL Draft -- while on the right side of the issue, why aren't Mahoney and Helling working to force the City to release how much they'll be spending to subsidize this NFL promotional event. It's all about attempting to impress non-resident outsiders.

Sports Stadiums -- adding insult to injury, then JoCo resident Helling starts promoting the IDIOTIC idea of building subsidized downtown stadiums. He's written many times about how great the downtown subsidized projects have turned out. KCMO could have streets and sidewalks paved with gold, but taxpayers would foot the bill.

The surprise for me, and I hope it's indicative of her future direction, was the calm measured responses from Mary Sanchez. Perhaps she's going to carve out a niche for herself by dropping all political partisanship. The public desperately seek informed writers who can cut through the spin on both sides and deliver the hard facts.

Nick Haines is still a bald Welshman who sucks up to local politicians and corporate players.