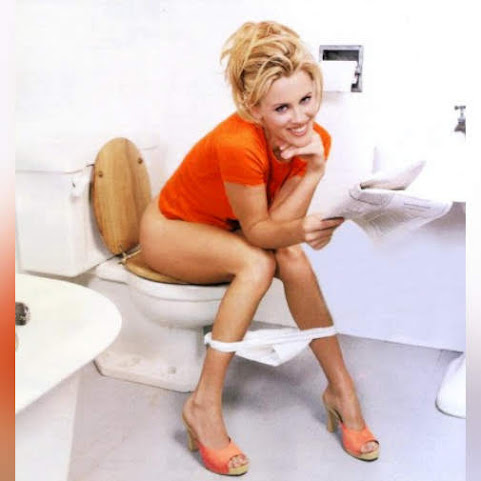 With respect to Jenny McCarthy's most iconic media moment, we share this smattering of local news that's worth a peek but maybe not debate. Take a look . . .

KANSAS CITY, Mo. - Jackson County Sheriff Darryl Forte announced changes to the department's pursuit policy Thursday, one day after a for injuring an innocent bystander . Forte posted on Facebook that he began reviewing the policy shortly after taking office, which also happened in May 2018.

Victims of a double shooting late Wednesday told police that they didn't know the people who shot them. The victims were injured in the shooting about 11 p.m. in the 3500 block of Independence Avenue in Kansas City. Police are investigating.

BLUE SPRINGS, Mo. - After seeing children's rooms without beds during visits to customers' homes, a longtime electrician decided to take action and began building handmade beds for kids in need. Scott Foster has made his living as an electrician for over 20 years, but he spends his free time during carpentry after seeing children in tough living conditions touched his heart.

KANSAS CITY, MO (KCTV) -- As the Purple Stride Kansas City Walk gets ready to kick off Saturday morning, a local survivor who wasn't given much of a chance to survive his own pancreatic cancer wants people to take notice of the deadly disease. Pancreatic cancer has the highest mortality rate of all major cancers.

Tom's Town Distilling Co. has been expanding into new states. But to really get in the mix in these new markets, the Kansas City-based company added a high-quality, but less-expensive, whiskey that bars and restaurants can use for cocktails. Tom's Town already offers Pendergast Royal Gold Bourbon, a premium sipping whiskey.

INDEPENDENCE, MO (KCTV) -- With more rain on the way, an Independence business owner fears it's a matter of time before water rushes into her store once again. The owner believes the problem is man-made and needs to be fixed.


Chiefs cut three, sign one, plus other roster notes ahead of rookie minicamp

Civic leaders along the Mississippi River are bracing for near-record flood levels in the coming days and weeks. Mayors in Missouri and Illinois say federal programs that aim to prevent flood damage need more funding to adequately support river towns that face evacuation and income loss.

Hope Faith Ministries, which helps the homeless get back on their feet, will host a benefit ball on Saturday.

Hide Transcript Show Transcript SAVING A FELLOW MARINE. NOW HE IS FINALLY HOME. AFTER ALL OF THESE YEARS, THEY NEVER KNEW, IN FACT NOBODY KNEW THE ANSWER TO THIS QUESTION. WHERE WAS UNCLE NICK? IN THIS DAY AND AGE WE ARE ALWAYS LOOKING FOR A HERO. HE WAS A HERO.

That is quite a relief.

Made me realize it's time to move. See ya beetches!

When feeling a bit constipated, Jenny picks up The NY Times and soon everything comes out well in the end!!!

The girl in that toilet pose looks like she's enjoying a really good Chuck.