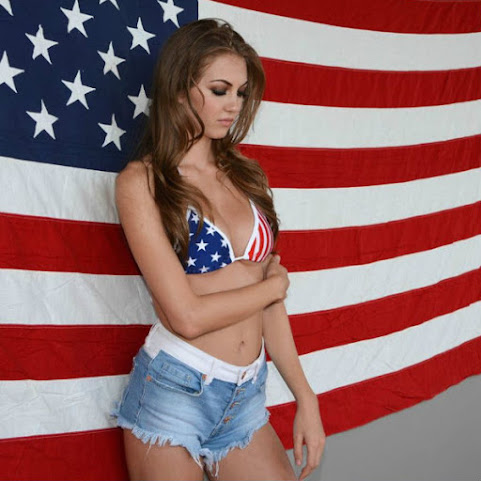 Quick peek at the news scene on the Memorial Day 2019:


Get it straight: The difference between Memorial Day and Veterans Day

(CNN) -- We are here to make sure you don't embarrass yourself. Inevitably, someone says something demonstrating confusion over the difference between Memorial Day and Veterans Day. Allow us to explain it to you.

A celebration of KC Pride; the North American premiere of a remarkable exhibition on Stonehenge; and the opening of a mind-blowing retrospective of the artwork of Ralph Steadman will set the stage for a breath-taking week ahead in Downtown KC.


Why the Royals' defense is not converting as many outs as you might think.

Living outside of the Kansas City area, my Royals fandom is a bit of a novelty to my friends and coworkers. I proudly sport a KC hat around town and bring a Royals coffee mug to every morning meeting at the office.

REAL Support For The Troops


Mike Pence tells US military graduates: you should expect to see combat

From DC to KC, young people let our Veterans know their sacrifice will never be forgotten.

I have no sympathy for tools who volunteered to go kill on government orders.

@ 7:01 Apparently you don't have much thought or respect for your freedom, but at the same time you want to be free. You must be a far left liberal, and also a PINKO coward!

I love my vets who have risked their lives for my freedom!!! Hero's all of them!!! xoxo

Thanks to all the volunteers who organize and put on the Honor Flight for veterans. Truly a first class organization.

Has Pence let Trump's strategy for re-election in 2020 slip?
This Country has a record of not changing Administrations in the early stages of Wars.
Iran? Iraq 2? Syria? North Korea?
Any guesses?

7:26...hired guns are not defending your freedom! They are defending the profits of the military industrial complex. You are a tool. And of course YOU NEVER SERVED...

9:36...all of the above! Trump is fool enough to do it. And of course neither he nor his sons engaged in military service.

History may well show we have gone to war needlessly from time to time.

But, that does not lessen the honor due our brave citizens who made the ultimate sacrifice, paying with their blood for this (once) great country.

Their bravery and honor cannot be diminished by the likes of you.

"We'll bomb them back to the stone age"
Gen. Curtis LeMay

Hired guns for the endless wars don't deserve honor or even respect. Loser.


guess 7:01 won't be supporting Mayor Pete Buttijizz , if he gets the 2020 nom..and voting for President Trump.

The US Military has been dedicated to fighting the enemies of our governments' masters, the illegitimate state of Israel for decades now with no end in sight. Yet, whenever someone in DC points this out, the whole town takes a collective dump on them while the media piles it on. Any questions about who controls our government ?

10:16 apparently with your anger for the defenders of freedom who gave their lives I take it you never served, doesn’t that lump you in the same category as the Trumps? Obama? Clinton’s?

Those who died for our great country would be very happy and proud at how well our country is doing today.

Best economy in decades, lowest unemployment numbers for Blacks and Hispanics EVER (& women in 18years), rebuilding our Military and so much more. Nice!

Now that I've spoken for dead soldiers, excuse me while I cover up my falsified medical records used to dodge the draft.

^^^ Bill Clinton’s Draft Records from the Freedom of Information Act files show he was a Pardoned Federal Felon.

* Bill Clinton fails to report to his duty station at the University of Arkansas ROTC, September 1969.

* Bill Clinton reclassified 1-A on October 30, 1969, as enlistment with Army Reserves is revoked by Colonel E. Holmes and Clinton now AWOL and subject to arrest under Public Law 90-40 (2)(a) ‘registrant who has failed to report … remain liable for induction’.

* Bill Clinton’s birth date lottery number is 311, drawn December 1, 1969, but anyone who has already been ordered to report for induction, is INELIGIBLE!

* Bill Clinton runs for Arkansas Attorney General (1976), while a fugitive from justice.

@5:40, nice try, but you overlooked (benefit of the doubt) one bit of vital information.

Please fill in the "blank" that I am SURE you "accidentally" left out of your (or Breibart's) carefully constructed narrative, namely "what was the date of Clinton's being ordered to report for Induction".

Oh, and by the way, any thoughts on G. H. Bush's failure to report for duty in the Texas Air Guard, which he was allowed to join to avoid Viet Nam service, even though admissions to the Guard had been prohibited by Pentagon orders for fourteen months prior to his joining? Hmmmmm?

7:16 just admit Clinton is a shit bag. Does it matter what "date". He no showed. G.H. Bush never failed to report for duty. Grow up and admit you are wrong. Hillary lost because she was a lying bitch, that real people didn't trust.

BJ openly expressed hatred of the Vietnam war. Was he blaming it for all those Arkycides that were whispered to be so eerily coincidental to his circles of influences? Hmmmmm..... said...

Badboy Billy got favors, and was coached in artful dodges of the draft. His return to England to finish up his Rhodes Scholar program remains a point for debate on Billy Jeff being some "fortunate one" who had strings pulled, sort of in that "senator's son" style!

On this Memorial Day, let's remember how much the current draft dodging president hates soldiers that were captured.

God bless the troops, except the POWs and MIAs.