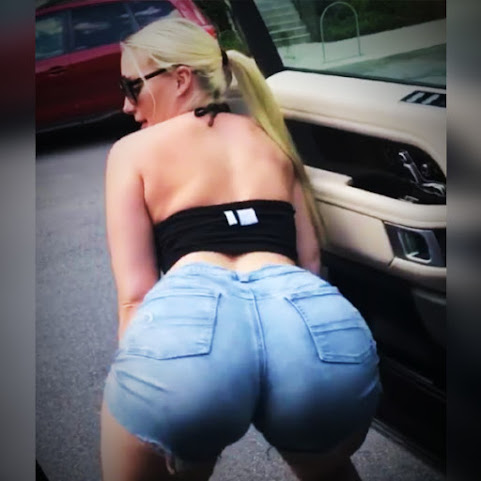 We start the morning with a share from hottie LJ regarding her commute to work and then we take a quick peek at these local news links. Checkit:

Chris Pizzello SOURCE: Chris Pizzello If the question was, "Do you love me, do you want to be my friend," then Kansas City checked yes.Due to overwhelming demand, country music legend George Strait has added a second show at Kansas City's Sprint Center.Strait's first show was scheduled for Saturday, Jan.


'Celebration' raises for the bar for holiday week ahead

Downtown is preparing a spectacular start to summer with Celebration at the Station and the national premiere of a major Stonehenge exhibition this week at Union Station, along with a complete calendar of arts, music and more Monday to Sunday, May 20-26.

U.S. Toy Company in Grandview toy company not ready to pass on the cost of tariffs, at least for the time being. A new round of tariffs against China was announced last week. President Donald Trump increased tariffs on $200 billion worth of Chinese imports to 25 percent, up from the previous 10 percent.

Gov. Mike Parson just finished up his first legislative session as governor. And by any objective measure, it was a good one for the GOP chief executive. He wanted the Republican-controlled Legislature to approve his ideas around workforce development and transportation spending, and those lawmakers followed through.


Handing out first quarter grades to the Royals

Judging by the fact that we've gone from 70 degree highs to "surface of the sun" hot in a matter of 24 hours, it would appear that summer is upon us, which means that the school year has come to an end. For me growing up, that meant anxiously awaiting my report cards.

"You should make a movie of my life," local jazz legend Myra Taylor (1917-2011) said to independent filmmaker Michael Assesandro years ago. He never forgot it. Now, Assesandro is part of a team including Danny Cox, local acting and songwriting legend, and Harvey Williams, founder and director of KC Melting Pot Theatre, who plan to produce a play about Taylor's life.

Soggy Week According To Katie


Kansas City in and out of rain, strong storms over next several days

Get ready for more rain.

There's something wrong with the "Art Scene" in Kansas City when we can simultaneously have something as original and stunning as Sheran's "Reflecting Motion" and something as dull and unimaginative as the "Walking Wall" on display at the same time.

Get it together "Elite Ones", are we a dumping ground for has-been's shuttlecocks and rock piles, or are we trying to be up to date?

You know we plebs wait anxiously for guidance from those of you who exist on a far, far loftier plane.

Lacey J say "Ladies, do you suffer from the pain and itching of hemorrhoids?"

Too bad Katie's dress this morning didn't split all the way down to the waist to expose some more boob and cleavage.

walking wall is an allegory for forthcoming zoning adjustments.