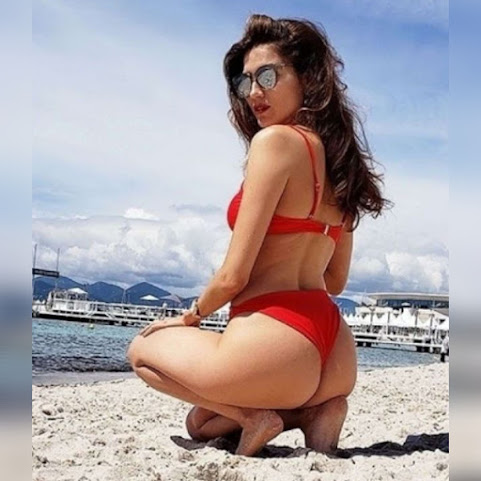 A quick look at International movie culture and hotness . . .

Saw1st: Blanca Blanco in Red Bikini for Photoshoot in Cannes

Variety: Biggest Highs and Lows From Cannes 2019 (So Far)

The KC Pet Project is offering a new tool to help reunite lost pets with their owners, and it's totally free to the public.The Finding Rover system uses facial recognition technology to help identify lost dogs and cats.KC Pet Project said now, every dog and cat entering one of its

KANSAS CITY, Mo. - Voters in Kansas City, Missouri, could decide this August whether to sell one public park and parts of three others. Wednesday, a committee of city council members will decide whether to recommend putting the question on the August 6 ballot.


Can KC build the next billion-dollar company? 'We have the internet here too'

"There are days that just punch you," John Thomson said. "But the people who make it are the people who are too dumb to quit, like me. Just keeping going. Don't give up because you might be closer than you realize."

KANSAS CITY, MO (KCTV) -- NFL Commissioner, Roger Goodell commented on Chiefs wide receiver Tyreek Hill Wednesday. He says league will to stay out of the investigation so long as legal proceedings continue. When its deemed appropriate, he plans to sit down with Hill to determine his future in the NFL.

Hide Transcript Show Transcript DONE. NICK: THEY HAD TORNADOES IN KANSAS AND MISSOURI. WE COULD SEE MORE THIS AFTERNOON AND THIS EVENING SOUTH OF KANSAS CITY. REAL CLOSE TO THE METRO, THOUGH. I WILL SHOW YOU THE AREA OF CONCERN I HAVE FOR THE POTENTIAL TORNADOES LATER TODAY.

“Proposal to sell parks property goes to city committee.” Since Slie’s pre-K tax proposal has properly failed he is doing everything he can to obtain funds to funnel to developers including city assets. The tree huggers will be all over this in a very short time.
“The city's Parks and Recreation director said these properties are underutilized.” Since the city does not maintain infrastructure this statement is no surprise. Neighborhoods would be using these beautiful parks if the city would use citizens tax dollars to maintain them. Anything not located downtown always gets the shaft when it comes to being maintained.

TOP PHOTO -- EYE ON THE PRIZE

At the Cannes Film Festival, Blanco was awarded the Palme d'Or for her remake of The Thin Red Line!!!