KANSAS CITY MEMORIAL DAY 2019: IS THIS COWTOWN READY FOR THE NEW WAR?!? 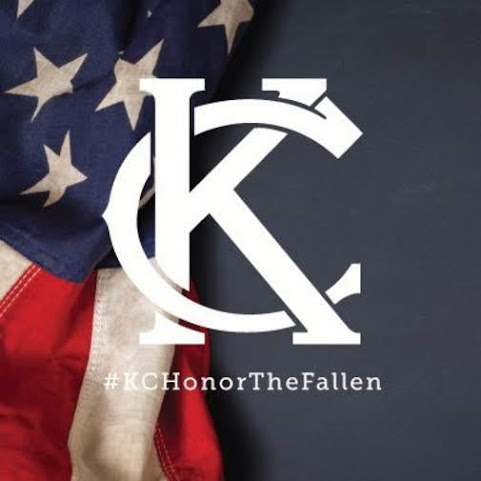 Under the radar and diligently ignored by everyone, U.S. troops are still fighting a FOREVER WAR in Afghanistan that's soon to hit the 20 year mark. Unfortunately, most Americans are more concerned that they won't be able to buy cheap Chinese junk in Prez Trump's trade war already underway.

Even worse . . . Many believe we're at the outset of THE NEXT WAR that might help or hurt the local economy in the never-ending quest to keep those SUVs running. Reality: THE NEW WAR might not work out bad for KC given that a great deal of the local economy is connected to the military-industrial complex.

Sadly, even more war comes at a price for everybody and not just the troops:

And still, today is mostly focused on history and a war that nobody understands which set two gobal conflicts into motion because some dumb-ass driver made a wrong turn.

Here's a look at the Memorial Day ceremony at National WWI Museum and Memorial:

Real Clear Politics: Bernie Sanders to Military Industrial Complex: We Will Not Continue To Spend $700 Billion Per Year On War

The Hill: To 'preserve and protect' does not include pardoning war crimes

Trump, Bolton, and Pompeo must be stopped.

Pete Buttgigged is a flaming faggot.

What does buttlicker have to about Clinton dodging the Vietnam war?

TKC's reference to the Duke of Sarajevo is apt.


Shit gets out of control.

I'm ready for NO WAR!

We are now energy independent and the previous entanglements in the Mid East, that were justified by way of our existential energy needs, are now, not so pressing. The current justification for conflicts, is the "If we don't fight them there, we will have to fight them here. It's impossible for the average person to quantify and assess the threats, if there are any, from an area, that has been at war with itself and everyone in the world, for 3,000 years.

Trump wants out, but he is drawn back in, again and again, by his generals and the Military Industrial Complex that Eisenhower warned us all about.

War and any armed conflict can get so very quickly out of hand. Mission Creep, unexpected set backs, unexpected victories (Just as bad.) and the byzantine, subrosa motives of those in charge who wish to maintain power and control.

I say it's time to pull back, continue to frack like fuck and see what happens. The state Israel and Saudi Arabia want us to attack Iran. They want our blood and treasure spilled in the sands of far away countries to secure their future. I support Israel, but it is way past time for a more jaundiced view of Middle East wars.

" Exposing what is mortal and unsure
To all that fortune, death, and danger dare,
Even for an eggshell. Rightly to be great
Is not to stir without great argument,
But greatly to find quarrel in a straw
When honor’s at the stake. How stand I then,
That have a father killed, a mother stained,
Excitements of my reason and my blood,
And let all sleep—while, to my shame, I see
The imminent death of twenty thousand men,
That for a fantasy and trick of fame
Go to their graves like beds..."

It's been a "Fantasy and a trick of fame" in my opinion.

No snooping Trump's taxes unless the Kenyan reveals ALL of his real records: birth, K thru college, SSN, travel, police, medical, , said...

BathHouse Barry didn't serve. In the military, that is. In his early youth, he got serviced by and served ol' Frank Marshall. He did service at Jeremiah's down-low homo hideout between Wright's hate whiteys homilies. He served "Michelle" up as his wife, but Joan Rivers, Larry Sinclair, and plenty of others spilled the mom jeans on that. He served himself an easy payday with the ghost written: "Dreams From My Frauding".

By the way, Europe was heavily armed by the time the Duke Of Sarajevo was assassinated. The Boer War incited the Germans to build a huge fleet.

Churchill said, "One thing is certain, mankind is unteachable."

We slouch towards, still more conflict, for fewer and fewer reasons. Let the Islamic pukes in the Middle East continue to slaughter each other like they did in our freshly remembered past, when Iran and Iraq killed each other off by the millions.

Stooge ready to sign up to kill on government orders make endless war possible. Fools. Trump had the brains to dodge the Vietnam war, which we now know was based on a fraud.

In spite of the endless and breathless "Breaking New" hype of on cable news and social media, there's not going to be a war with Iran.
Everyone in the KC metro would be much better advised to be concerned about bad storms and tornadoes today.
And those who have the misfortune of being residents of KCMO should worry about just how much more damage Sly can do in the next couple months.
Frosty!

When will Trump keep his promise to end the carnage in our American cities!! He lied, people have died!

You may not like Trump but Pete is a cocksucker.

Chuck is spot on as usual. Trump may be the only one on the Republican side of the swamp that doesn't want war, and to a tee every single prog-mouth fang drips with salivation for bloody, pointless conflict in Countries that can neither benefit nor harm us in any way.

Der Fuhrer is a draft dodging coward, & Mayor Pete is not.

I'm trilled that Trump is in love with Kim, believes Putin, and is best friends with Xi. Trump doesn't want regime change in Iran and is ready to make a deal with them.

Now that Republicans are appeasing our enemies, we can all live in peace. MAGA!!!