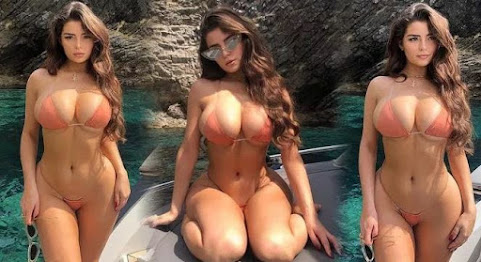 A glimpse at serious content hoping to help the world with powerful scantily-clad testimony:

Daily Mail: Demi Rose proudly shows off her curves in a holiday bikini snap as she vows to ‘never restrict herself again’ after previous eating disorder battle


Can anything stop the armadillo from taking over Kansas City?

In Texas, the armadillo is ubiquitous. What you might not know: The small mammals covered in a leathery shell are a relative newcomer to the Lone Star State. Armadillos are native to South America and were unknown outside the Rio Grande Valley in the southern tip of Texas when the state joined the union in 1845.

The Kansas City Zoo has welcomed a new addition - Cairo, a 3-year-old hippopotamus.Cairo came to the zoo from the Gulf Breeze Zoo in Florida. She arrived in April and completed the quarantine process before heading out to explore her habitat for the first time this week.

KANSAS CITY, Mo. - Facial recognition to find lost pets? Yep, there's an app for that. The app is called KC Pet Project said the free app allows people to look for lost pets, post found ones and even adopt. Users are also able to register their pets on the app.

Show-Me Swimming With The Fishes


Missouri River to crest at highest level since 1993

PLEASANT HILL, MO (KCTV) -- The National Weather Service is reporting that the Missouri River will crest on Saturday at a level not seen since 1993. The river is forecast to crest at 36.4 feet in Kansas City in the morning. "This would be the highest crest at this gauge since the 1993 floods," the NWS said.

Fanboys Love Their Daddy Other Than Clark Hunt

Vox Media has affiliate partnerships. These do not influence editorial content, though Vox Media may earn commissions for products purchased via affiliate links. Father's Day is just around the corner - happening next Sunday, June 16 . But don't worry-we've done the work for you.

Steamy In The City


Saturday will be warm, muggy

Temperatures will quickly climb Saturday. Look for a high in the mid- to-upper 80s. You will notice the humidity increase, too. Strong to severe storms could po...

Nobody should ever limit DAT ASS.

Demi Rose has been fucked by half the NBA. She is a nasty hoe.