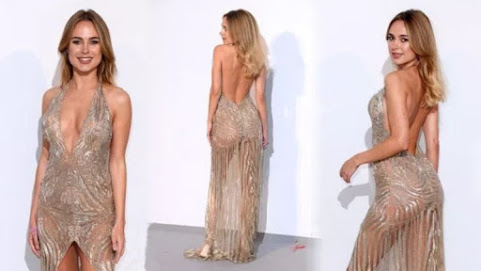 Pop culture news items that offer a peek in the world of glam and big bucks:

FWD: All the Best Moments (and Lewks) From amfAR’s $15 Million Cannes Gala

Whether money's tight or you have more moolah than you need, why pay more for your go-and-do than you have to? Free, or nearly so, activities in the coming days and weeks range from expressions of national patriotism and promising local talent to appreciations of veggies, Italy and the entertainment value of William Shakespeare's hypothetical love life.


Royals postpone Friday's game against Yankees because of expected rain

The Kansas City Royals have postponed Friday night's game against the New York Yankees because of expected heavy rain.The clubs will make up the postponed game Saturday at 7:15 p.m. as part of a day/night split doubleheader. Fans holding tickets to Friday's game should use those same tickets for admittance to Saturday's 7:15 p.m.

Too Many Local Puddles Already

KANSAS CITY, MO (KCTV) - Kansas City Parks and Recreation's outdoor pools and water parks will not be opening this weekend as planned. "Water temperatures are too low to open and with the poor weather forecast this weekend they will not rise above the required 70 degrees," a release from the department said.

Retired Army Lieutenant Colonel Paul Darling made his wife beef wellington for Mother's Day. Like anyone does in a relationship, he says that she thinks of him a certain way. "My wife has a vision of me as father and husband.

LAWRENCE, KS (KCTV) - The Kansas Jayhawks will be getting back a key player after the NCAA reversed course Friday on an earlier ruling. The Division I Student-Athlete Reinstatement committee decided KU forward Silvio De Sousa will be allowed to play in the upcoming season, reversing the ban imposed in February.


KCultivator Q&A: Chad Feather ventured to China and back, stayed for KC kindness

Editor's note: KCultivators is a lighthearted profile series to highlight people who are meaningfully enriching Kansas City's entrepreneurial ecosystem. The KCultivator Series is sponsored by Plexpod , a progressive coworking platform offering next generation workspace for entrepreneurs, startups, and growth-stage companies of all sizes.


Storms heading into weekend could bring flooding rains to KC

Storms Friday and Saturday could bring flooding rains to the Kansas City area. There are rain chances throughout the holiday weekend.

Dont worry about the pools in the inner city. Black folk don't swim. Hell, there is never a waiting line to get on the diving board.