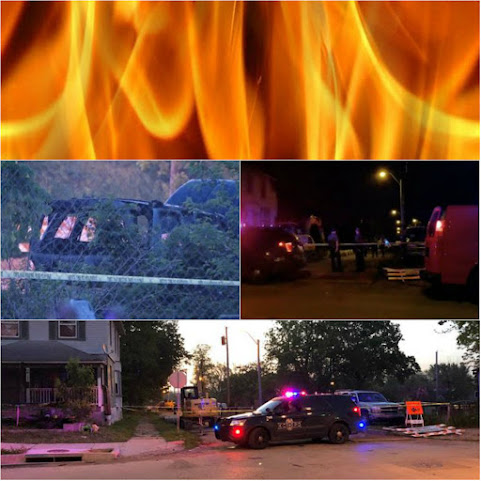 Given that self-immolation is extremely rare. The reality that MSM doesn't come out and say before they get the go-ahead . . .

MAN FOUND DEAD IN BURNED CAR!!! THE 50TH MURDER OF 2019 IS EXCEPTIONALLY SCARY AND SPEAKS TO THE RISING LEVEL OF KANSAS CITY BRUTALITY!!!

Check the links and realize that this level of violence is indicative of rising local hatred that usually precipitates even more killing:

FOX4: Body found inside burning vehicle near 13th and Askew

KMBC: Detectives from several units including homicide, bomb and arson and the accident investigation until were on scene.

KSHB: KCPD investigating man's death after finding him on fire in a parked car

new mayor is probably going to be welcomed into office by a historic homicide count.

Accompanying the murder stats, THIS is what you get when you live in a Democrat City run by Progressive morons who don't have a fuckin clue how to make ANYTHING work without YOUR money.

sLIE has over a thousand murders under his fat ass belt, with the two even more worthless mayoral candidates in combination with petersucker it’s gonna get worse, gay Q has a black only agenda and he will exclusively cater to them with more free money...... to buy more drugs and guns with.

another one for the KCPD cold case file.

Only thing it means is "Someone had it Coming"

So what? Baltimore has 109 murders. Our hood rats are weak-dick faggots compared to theirs.

No big deal. Neither of them care.