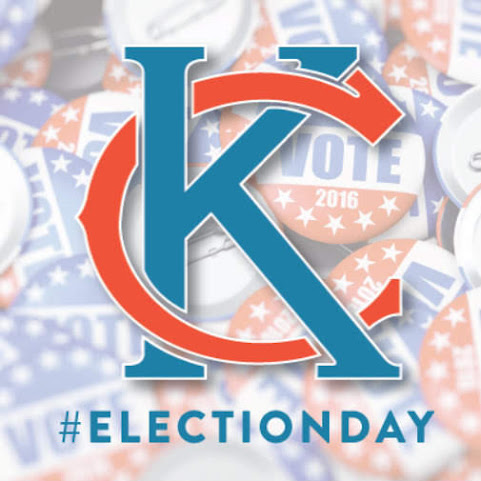 Activist Clay Chastain launches another court battle and this time he's 100% correct about write-in space on the local ballot.

Write-in candidates serve an important function in a Democracy and a viable candidate put forth by the voters doesn't have to win but only has to create leverage in order to keep another candidate out of office . . . Write-ins are part of the Democratic process and Clay is fighting for this constitutional right.

Also worth pointing out . . . Clay Chastain seems to suggest that some his election hardships are due to his Christian & Conservative identity.

The increasing number of both lawsuits filed in court and petitions circulated against City Hall is directly proportional to City Hall's heavy-handed behavior and inept leadership. If our elected leaders would conduct themselves ably, in the open and in behalf of the people's interest - not corporate or special interest - then we concerned activists have other things we could be doing. But until then, here we go again....

No doubt, those who now control City Hall (officially and unofficially) do not want pragmatic, independent-minded and conservative (perhaps even Christian-oriented, like myself) candidates on the City Council that would put the people's interest above the corporate and special interest.

One would assume that there are many electors of Kansas City that would like to run as a write-in candidate in the general because they too were disgusted as to how rigged (censorship in debates, the Star and other media playing favorites and, of course, all the big money that was flying around for certain establishment-oriented candidates) the primary election was.

The controllers at City Hall want to eliminate the write-in possibility because they do not want any anti-status quo candidates popping up on the general election ballot that might disrupt City Hall's on-going...


#1. tax incentives for frivolous flashy projects party,
#2. novelty streetcars for tourists and developers party,
#3. shiny finy new airport for the upper crust party,
#4. tax abated luxury condos and convention hotel party,
and, of course,
#5. City Hall's rigged elections and squashed petitions party. This ignoble City Hall party has been going on while the City has elevated itself to the 5th most dangerous City in America. Other City Hall awards include...one for decaying infrastructure and unaccredited schools, most potholes per square mile, most citizens moving to Johnson County (from anywhere else) and their most coveted- the most shady elections trophy.

In other words, if conscientious mavericks like myself were elected in the general election by the 85% of the KCMO voters that did not elect Jolie or Quinton in the primary, then City Hall's partying days would be over in a country second. Voters, if you all would show up at the polls we could oust these dishonorable guardians of our City.

So today, I file an emergency injunction petition asking the circuit court to order the KCEB to make designated space on the City's 2019 general election ballot for write-in candidates that includes all 12 council positions and the position of mayor.
Clay Chastain
############

He's got a point about the city hall status quo.

#6 the asinine idea of voting in a rapid transit system going from the airport to union station to the zoo.

The blatant antipathy expressed toward us citizens and voters here is Shit Hole City by our luminous leadership and their morally decrepit lackeys should pretty obvious at this point.

Give Clay credit for adding some excitement to this otherwise unexciting and fixed election.

no write in slot is out of line, even though rapid transit to airport, which would never be rapid, would stop at every bad development that exists, and an invitation for more bad development everywhere in between, is asinine.

for a mere 15-20 billion dollars, if you started tomorrow, in a city already up to their neck in debt.

I’m voting for clay, the other two idiots don’t deserve any votes

The city minions do not want anyone upsetting the status quo.

Time to get rid of KC election board

1. I didn't know that he was Christian, nor do I care.

2. I didn't know (and given his positions cannot believe) that he is Conservative nor do I care.

We are getting a faggot this time, only question is gender or color ?

"Clay Chastain seems to suggest that some his election hardships are due to his Christian & Conservative identity."

This is a dog whistle. It's absolutely absurd.

It's official: He's a whack job.

Clay Chastain is a racist bigot and misogynist and everyone knows it except Clay Chastain?

Byron Funkhouser the Nazi with the German name claiming someone besides him is a whack job, now that's priceless.

Clay could never come even close to being as whacked as you are.

6:40 for the win, hell of a flat energy with this retread machine mediocrity

And the entire metro continues to laugh at this ridiculous clown show.
THESE are the only candidates that KCMO can offer out of a population of over 465,000 residents?
Hahahaha!!

Of course everybody hates Conservatives! They're the worst! The absolute worst!

Although I could care less about Chastain, changing the election rules in this fashion does seem unwise and unnecessary.. he only got just over 300 votes when he was ON the ballot. Now the city is exposed in a lawsuit.

Clay has crossed over into noisy gadfly pretty quick. He's like our generation's skip sleyster only without a local tie nor the amusing "a moment of your time" columns.